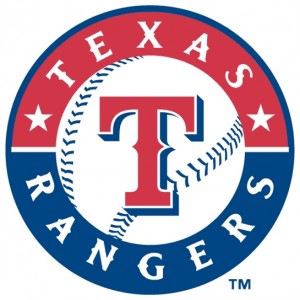 This is the 2nd in a series of articles examining how small payroll teams have found success in recent years.  The goal is to try and determine what methods were successful in an attempt for the Pirates to emulate them.  The Minnesota Twins were the first team studied, in case you want to see the methodology of these articles.

Entering the 2010 season, the Rangers had the #1 ranked farm system (as determined by Baseball America) and a large amount of present-day talent on the roster.  They were coming off of an 87-75 season in 2009 and expectations were high.

But due to Tom Hicks’ sports holding company Hicks Sports Group (an umbrella group containing the Dallas Stars, Texas Rangers, and Liverpool in the English Premier League) defaulting on interest payments on the $525M in loans he had on them, the Texas Rangers filed Chapter 11 bankruptcy.  Essentially, the Rangers were a frozen asset and no major expenditures could be made without MLB approval.  As a result, the Rangers had a 2010 Opening Day payroll of $55.3M, good for 27th out of 30 MLB teams.

In order to understand how the Rangers won in 2010, you need to go back to 2007.  In July of 2007, the Rangers were floundering around on their way to a 75-87 finish.  During that month, GM Jon Daniels decided to trade franchise star Mark Teixeira and reliever Ron Mahay to the Braves.  In return the Rangers received: one of the top catcher prospects at the time (Jarrod Saltalamacchia), a future defensive whiz at shortstop (Elvis Andrus), a back of the rotation starter prospect (Matt Harrison), a young reliever prospect (Beau Jones), and a flamethrowing youngster in the Gulf Coast League (Neftali Feliz).  At the time, Saltalamacchia and Andrus were seen as the keys to the deals and Feliz was the lottery ticket to be excited about if he truly developed.

Teixeira’s contract that he signed with the Rangers was up at the end of 2008.  It was widely viewed that he would be out of their price range, so let’s compare the Wins Above Replacement for this trade with Teixeira’s contributions in 2007 and 2008.  Also, keep in mind that the Braves ended up trading Teixeira to the Angels in 2008 once they fell out of contention.

The Braves received 9.9 WAR from Teixeira and Mahay, while the Rangers have received 8.9 WAR to date.  Saltalamacchia was traded to Boston, as his hitting never adjusted to the major league level and he developed a slight Mackey Sasser Syndrome with his throwing.  Matt Harrison is a 5th starter at best, but still provides innings.  Beau Jones is still in the minors, but should be in Texas in 2011 as a bullpen option.  Even with the minimal contributions from those three, Texas has clearly won this trade because of Andrus and Feliz.

2010 was a down year with the bat for Andrus, highlighted by his 0 HR’s in 586 plate appearances, but his defense was Gold Glove caliber again.  Feliz was a dominant setup man in 2009 down the stretch for Texas and moved into the closer position in 2010.  There is talk that if the Rangers do not re-sign Cliff Lee that Feliz will be moved back to a starter’s role, which is what he was all through the minors.  His upper 90’s fastball and devastating curveball are a good beginning to a starter’s arsenal.  These two players will continue to add to the running WAR total in Texas’s favor for many years each.

Additionally, in December 2007, the Rangers and Reds got together on a swap of “fallen angel” prospects.  The Rangers traded Edinson Volquez (and Danny Herrera) to the Reds for Josh Hamilton.  Volquez was once part of the much hyped DVD trio of Thomas Diamond, Volquez, and John Danks.  These three were going to lead the Rangers to glory.  Diamond developed shoulder problems, and only in 2010 reached the majors as a reliever with the Cubs, Volquez was traded for Hamilton, and Danks was traded to the White Sox.

Josh Hamilton was drafted 1st overall in 1999 by the Tampa Bay (Devil) Rays and was the next great phenom.  He was said to possess all 5 tools and was oozing with talent.  However, after flashing his greatness very early in his minor league career, he was derailed by injuries and the subsequent drug problems that he encountered while recovering from these injuries.  After returning from a long drug suspension in 2006, Hamilton did not show enough during the season to warrant being protected on the 40-man roster by the Rays.  The Cubs drafted him in the 2006 Rule 5 draft and immediately traded him to the Reds for cash considerations.  In 2007, Hamilton not only treaded water with the Reds, but did quite well especially considering all the rust he had to scrape off.  That year, he hit a very respectable .292/.368/.554 (922 OPS) in 90 games for the Reds, but he did have some injuries.  The Reds felt that trading an injury prone Rule 5 pickup, essentially a free player, for a potential top of the rotation starter with some injury and attitude warts was an even trade.

After 2008, it did look like it was a win-win trade for both teams, but then Volquez had Tommy John surgery and missed half of 2009 and half of 2010.  And Josh Hamilton fulfilled all of his promise and potential and delivered a massive 2010 season that resulted in the AL MVP.  Here’s the WAR breakdown to date:

Cincinnati has received 6.0 WAR from their end, while Texas has received 13.1 WAR and an AL MVP and World Series appearance from theirs.  Even factoring in Hamilton’s escalating arbitration costs, this is still a clear win for Texas.

Between these two trades, the Rangers obtained their starting shortstop in Andrus (age 22 in 2011), their closer/potential starter in Feliz (23 in 2011) and a starting OF and reigning AL MVP in Hamilton.  That’s how you build a winner through trades.

In 2010, the Rangers’ offensive was led by the following players.  In parentheses is their 2010 season age and the method in which they were obtained.

As you can see, their primary contributors were mostly obtained via trades.  To date, their fertile farm system has not produced a whole lot of offensive talents.

During this season, the Rangers also had quite a few black holes offensively.  Catcher was a season long problem offensively, as Matt Treanor (60 OPS+), Bengie Molina (60 OPS+), Max Ramirez (85 OPS+), Taylor Teagarden (59 OPS+), and Jarrod Saltalamacchia (8 OPS+, yes an 8 is not a typo) all took turns being anywhere from horrific to cringe-inducing with the bat.  At least Treanor and Molina stabilized the pitching staff and provided decent defense.  First base was also a problem, as once-heralded prospects Chris Davis (54 OPS+) and Justin Smoak (79 OPS+) both failed to solidify the position.  It wasn’t until mid-season call up Mitch Moreland arrived (121 OPS+) that the position was one of strength.  Additionally, Andrus was a disappointment with the bat (75 OPS+) and Borbon was weak both at the plate (74 OPS+) and in center field at times.

The 2010 Rangers’ starting pitching was an amalgamation of players in terms of their backgrounds and how they arrived in Texas’ rotation.  Again, in parentheses is their 2010 season age and the method they were obtained.

C.J. Wilson was the setup man/part-time closer as recently as 2009, so his jump in innings from 73 to 204 in one year bears watching.  Colby Lewis was drafted by the Rangers in 1999, labored with them for a few years, bounced to Detroit and Oakland, then spent the previous 2 years in Japan before returning on a free agent deal in 2010.  Feldman was a late round draft choice that panned out.  Tommy Hunter was a compensatory pick for the Rangers losing Mark DeRosa to free agency in 2006.  Rich Harden was a boom-or-bust gamble that busted, while Cliff Lee was obtained from SEA for the afore-mentioned Justin Smoak and three other prospects.

Contrary to the Minnesota Twins method of success, the Rangers did not rely on homegrown talent (at least to this point) for their success.  Rather, their key pieces were obtained in trades with some judicious free agents sprinkled in to the mix.