Clearly, Andrew McCutchen is slumping. After a hot start on the season’s opening road trip, he has hit .162/.279/.270 in his past 86 plate appearances. There is little to worry about at this point, as we are only a month into the season. He had a .286/.365/.459 line in 1146 career major league plate appearances entering the year, so there is no reason to be concerned over a rough 30-day stretch. That being said, let’s take a look at why he is struggling so badly.

First of all, let’s compare his overall numbers to his first two seasons.

Obviously, his stats are down across the board. Let’s dive into some of his peripheral numbers.

McCutchen is drawing more walks than usual this year, so no problem there. His Isolated Power is right in line with his career numbers. The biggest issues come from his strikeout rate and batting average on balls in play. He is striking out far more often than usual, and his batted balls are rarely dropping in for hits when he does put the ball into play. Let’s start with the low BABIP. Here is his batted ball profile, courtesy of FanGraphs.

He is hitting the ball in the air much more often this year, which will certainly lead to a lower BABIP. Courtesy of Baseball-Reference, here are the league-wide numbers for 2010 (infield flies included in fly balls).

Due to the increased number of fly balls and pop-ups, we should not expect McCutchen’s BABIP to rise too much simply through improved luck. Using the expected BABIP calculator, we should expect McCutchen to have a BABIP of .290 this year.

Let’s move on to McCutchen’s inflated strikeout rate. The first thing I want to know is if his contact rate has dropped this season.

McCutchen is putting the bat on the ball more frequently this year, and he is well above the league average that usually sits around 80%. That is not the problem. The problem is that he is striking out looking at a very high rate. The following numbers are courtesy of StatCorner.

I included the major league averages, according to StatCorner. As you can see, McCutchen is going down looking far more often than usual this year. That is the biggest reason he is struggling so badly in 2011. Personally, I would be more worried if his strikeout rate was up due to swing-and-miss issues. In a one-month sample, it would only take a few borderline called third strikes to really throw off that rate.

For what it’s worth, here are the pitch locations of all called third strikes against McCutchen this season. These are from the catcher’s point of view. I included an approximate strike zone. 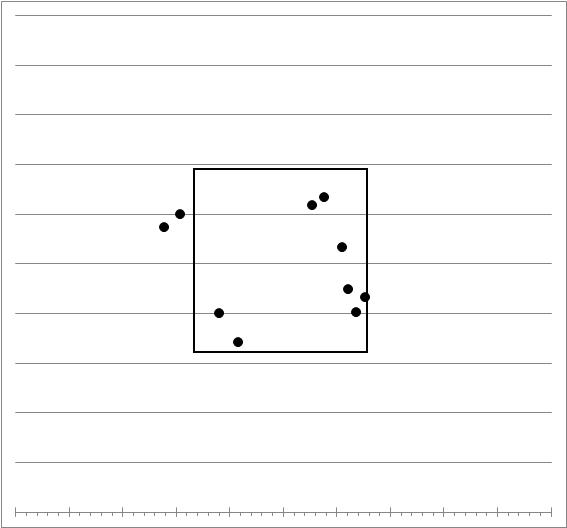 Again, this is just a one-month slump that is magnified because it is occurring at the beginning of the season. It will not last all year. In fact, as I am writing this, McCutchen has homered and walked in the Pirates’ first game in Denver.