Exploring the Arsenal: A Preview of the Detroit Tigers’ Probable Starting Pitchers 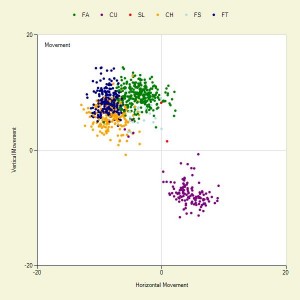 Penny has really struggled to miss bats this season, striking out less than 10% of opposing hitters. He has compensated for that by generating a high groundball rate that is currently over 50%. He is a fastball, curveball, changeup guy, and has really increased his use of the change the past two seasons. His fastball velocity is down this year, sitting consistently in the low 90’s. He does not get much velocity separation on his change, throwing it just four or five MPH slower than his heater. Despite the low strikeout rate, Penny has been very effective over the past month. He has only allowed a total of six earned runs in his past five starts, encompassing 35.2 innings. 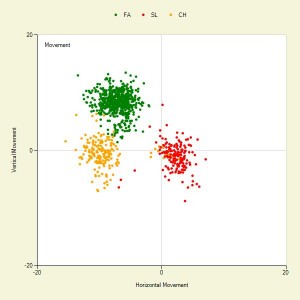 Scherzer makes heavy use of his four-seam fastball, throwing it over 60% of the time. His fastball sits comfortably in the low 90’s, and occasionally touches 97 MPH. He also mixes in a changeup and a slider. Scherzer gets good velocity separation on his change, throwing it more than 10 MPH slower than his fastball. He gives hitters a bit of a different look, throwing from a very low arm slot. 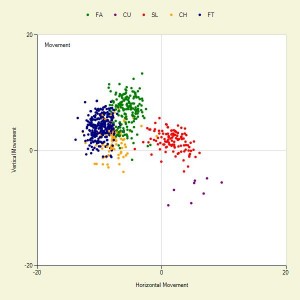 Porcello throws a four-seam fastball and a sinking two-seamer, both of which average right around 90 MPH. He also throws a change that sits around 80 MPH with good dropping action, and a slider in the low 80’s. Occasionally, he mixes in a slow curve, but he appears to be leaning more heavily on the slider the past few years. He is missing bats a bit more frequently this season, leading to a strikeout rate that has improved by about 3%. He consistently produces strong groundball rates, mostly due to the heavy sinker.