Exploring the Arsenal: A Preview of the New York Mets’ Probable Starting Pitchers 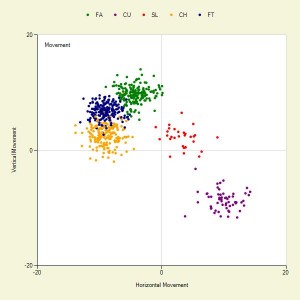 Gee is mostly a fastball/changeup guy, throwing his heater right around 90 MPH. He generally locates his four-seamer up and in to lefties and up and away to right-handers. He uses his two-seamer on the other side of the strike zone, down and away to left-handers and down and in on righties. His changeup is his best swing-and-miss pitch, and he uses it quite a bit. The low 80’s pitch has good movement and he commands it well. Gee has also shown a willingness to use the change against right-handers on occasion. He mixes in a slow curve in the low 70’s and a slider around 80 MPH. 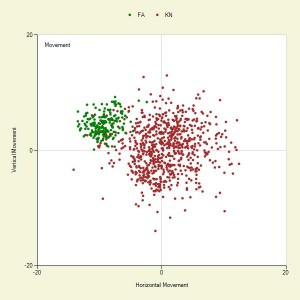 Obviously, Dickey is unique in that he is a knuckleball pitcher. The velocity of the pitch varies so much that he is essentially throwing two different versions, a faster knuckleball and a slower knuckleball. The pitch velocity will range from about 60 MPH up to the low 80’s in any given start. His fastball velocity is greater than that of a typical knuckleball pitcher, as the two-seamer sits in the low to mid 80’s. Here are a couple of good articles on Dickey’s aproach. Dickey befuddled the Pirates for seven innings on May 31, before the Bucs suddenly scraped across three runs in the 8th. 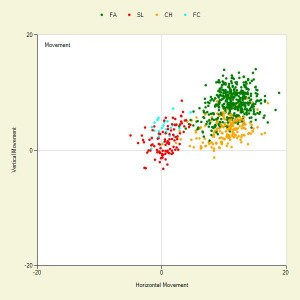 Capuano does not have flashy velocity, only throwing his fastball in the mid to upper 80’s. He releases from a three-quarters arm slot and hides the ball well, helping him to keep hitters off balance. He throws a good number of changeups, and has an above average whiff rate with the pitch. He also has a slider that sits around 80 MPH. Despite the unimpressive velocity, Capuano has consistently posted above average strikeout rates. 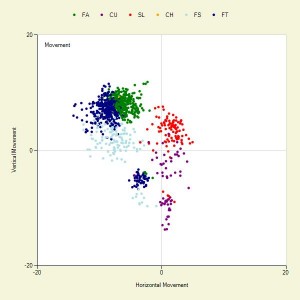 As you can tell from the chart above, Pelfrey really makes the Pitch f/x system work. There is a cluster of pitches with sinking movement but varying velocities, which gives the classifying system difficulties. This is a new issue for 2011, as his 2010 pitches were much clearer. Pelfrey throws his fastball in the low 90’s, and utilizes a low to mid 80’s splitter as his off-speed pitch. He also mixes in a slider and curveball.