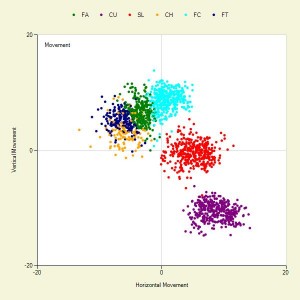 Myers’ fastball, which has historically sat in the 89-90 MPH range as a starting pitcher, has lost a bit of velocity this season. For most of the year, he has averaged right around 87 MPH, and struggled to crack the 90 MPH mark. That velocity has begun to creep up a bit in his past few starts, so maybe he is starting to figure things out. His big-breaking mid-70’s curveball is his only real swing-and-miss pitch, and he goes to it often. He also throws a slider and a change, both of which sit in the low 80’s. According to the data, Myers has added a cutter this year. However, that may not be a new pitch, just a change in the classification algorithm. 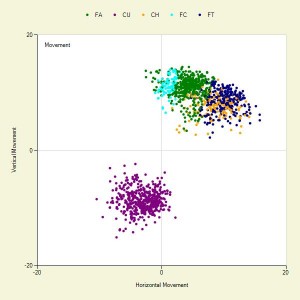 Rodriguez throws his fastball in the 89-90 range, and can touch as high as 92. He moves the pitch all over the strike zone, and effectively mixes in both cutting and arm-side movement. His best swing-and-miss pitch is his slurvy breaking ball, which sits in the mid 70’s. Rodriguez also throws a low-80’s changeup, which he uses to keep right-handed batters honest. He will occasionally drop his release point into a low three-quarters arm slot to give hitters a different look. 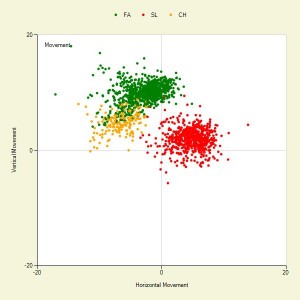 Norris throws his fastball in the low 90’s and touches 96 MPH. His velocity was down a tick early in the season, but it has crept back up as the temperature has increased. He also throws a slider in the mid 80’s and a changeup in the low 80’s. The slider is his big swing-and-miss weapon, although he is capable of missing bats with each of his pitches. Norris has one of the top strikeout rates among all starting pitchers, which does not bode well for a Pirates team that struggles to put the ball in play. His walk rate has dropped a bit this year, which has played a large role in his improved numbers.