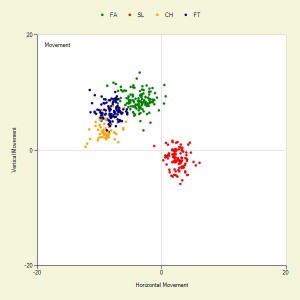 Lopez, making just his third major league start of the season, has pretty underwhelming stuff. He rarely touches 90 MPH with his fastball, generally sitting in the high 80’s. He also throws a slurvy slider around 80 MPH and a changeup in the low 80’s. He locates all of his pitches pretty well, moving them all around the zone. He has not hesitated to throw his changeup to both righties and lefties. Lopez rarely misses bats, and has only struck out about 11% of opposing hitters this season. He has a little hitch in his windup, which may help keep hitters somewhat balance. 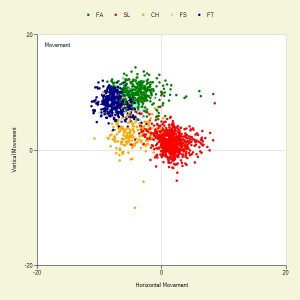 Dempster’s fastball sits around 90 MPH, and can touch the 93-94 range. He also throws a mid 80’s slider and a low 80’s changeup. The slider and change are his best strikeout pitches, as both generate a good number of swings-and-misses. He also mixes in the occasional mid 80’s splitter. Overall, Dempster is not missing as many bats this season as he has in the past. His whiff rate is right around league average, whereas he is generally among the league leaders. Nevertheless, he is still striking out over 20% of opposing hitters, an excellent rate. 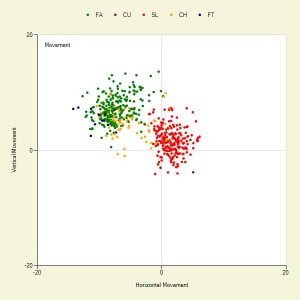 Ortiz is making his second start of the year for the Cubs, after spending most of the season with Triple-A Iowa. He throws from a three-quarters arm slot, with a fastball that sits in the 90-92 range. He does not miss many bats with the fastball, but compensates by making heavy use of his above average slider. The pitch sits in the mid 80’s with late downward break. Historically, Ortiz has gone to the slider on more than a third of his offerings. He also mixes in a changeup in the mid 80’s, a pitch that also generates a decent number of swings-and-misses.