Hunter Pence and the 2008 Rays 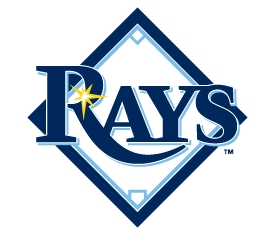 Remember back before the 2011 season started, when the Pittsburgh Pirates were coming off a 57-105 season, easily making them the worst team in the majors?  Remember when the debate was “will they lose 100 games again in 2011”?  Remember when the only sign of hope was “the 2008 Rays went from worst to first”.

Now the Pirates sit in sole possession of first place in the NL Central.  The debate is “who should they add at the deadline”.  And speaking of those 2008 Rays:

-The 2008 Rays won on July 18th, putting them half a game in first place in the AL East.  They wouldn’t relinquish that spot for the remainder of the year.

-The 2011 Pirates won last night, on July 18th, putting them half a game in first place in the NL Central.

Yes, the Rays had been in first place before, while the Pirates had only been in first place for one day, tied for the spot.  The Rays were winning the hardest division in baseball, while the Pirates are currently leading one of the weakest divisions in baseball.  The Rays improved to 56-39.  The Pirates improved to 50-44.  So they’re not the same situations.  But it’s a fun coincidence.  What’s even better is being able to mention the 2011 Pirates and the 2008 Rays in the same sentence without people acting like you just proposed a “Lyle Overbay for Albert Pujols” trade idea.

Here’s a similarity between the two teams.  Three years ago, the talk in Pittsburgh was “how much would the Rays give up for Jason Bay”?  The talks were so serious that we even received word of a trade that sent Bay to Tampa in exchange for Jeff Niemann and Reid Brignac (at the time, the deal the Pirates actually received looked better, while in hindsight, the Tampa return would have been great).  There are a lot of reports that Tampa just didn’t want to part with any top prospects.

The Rays could be one of those teams, but we may never know.  What we do know is that Tampa held on to their prospects.  They went on to the World Series that year.  They didn’t win the series, but then again, only one team since 1994 has won with a payroll outside of the top 15 in the league.  That’s a whole different topic.  Now they have Reid Brignac as their starting shortstop, and Jeff Niemann in the starting rotation (granted, Brignac is having a bad year).  The Rays also haven’t had a losing season since, winning the division again in 2010, and currently sitting at 50-44, despite losing Carl Crawford, Carlos Pena, Matt Garza, and Jason Bartlett over the off-season.  So it’s obvious that they didn’t really miss the addition of Jason Bay (who would have left after the 2009 season).

Now, three years later, all of the talk surrounding Pittsburgh has been “how much should the Pirates give up for Hunter Pence”?  There has been talk that the Pirates have looked at the Houston outfielder, who projects to have about $29 M in trade value, or a top 5-100 hitting prospect, a top 75-100 pitching prospect, and a Grade B hitter (or roughly Tony Sanchez, Stetson Allie, AND Starling Marte).  The question is, should the Pirates look to give up prospects like that in any deal this year?

“The key for us, we’ve got to know our own players better than everybody else does,” Neal Huntington said about the Pirates’ willingness to deal away prospects. “And there will be players that we’ll move that may raise some eyebrows.  There will be players that we hold that may raise some eyebrows.  The key is getting other teams to ask for the players that they want.  Are we willing to give up those players for what we’re getting in return? The impact that that player or players can make?  And then weighing each case accordingly.  But there are certainly some guys that we are going to be more willing to give up, and there are going to be some guys that we are going to be really hesitant to give up.  But the most important thing is, we’ve got to know our players and we’ve got to know which ones we’ll move, and which ones we’ll move more hesitantly than others.”

This morning, it seemed like every message I saw on Twitter wanted to trade away Alex Presley in any deal that brought back an outfielder.  Never mind that Presley is currently hitting for a .352/.405/.521 line in 71 at-bats.  And let’s not forget, as Kristy Robinson pointed out today, it was less than a month ago that we were screaming “Free Alex Presley” while he was in the process of hitting for a .336/.389/.500 line in AAA.

In each case, the Pirates could upgrade te outfield in the short term if they traded for Hunter Pence, using one of Tabata or Presley as the center piece of the deal.  The problem is, Tabata is under control through 2016.  Presley is under control through 2017.  We don’t know whether Presley is for real.  We don’t know how much Tabata will improve.  Right now Pence is better, and under control through the 2013 season.  But would the Pirates be better off with the best player now, getting that player for two years and two months?  Or would they be better off sticking with the guys they have, who might not be as good as Pence now, but who each have a realistic chance to be just as good, and under control for 5-6 more years after the 2011 season?

It’s a tough decision that becomes easier when you consider how the team has performed.  I asked yesterday whether the Pirates needed to make a move.  Right now, the team is contending, and in first place, with Tabata and Presley.  The thing is, they haven’t even had those two playing together.  We have yet to see an outfield with Tabata, Presley, and Andrew McCutchen lining up in the outfield every night.  The Pirates are winning now having just McCutchen and one of Presley or Tabata.  Why do they NEED Pence?

As I’ve said, Pence is a good player.  He’s the better player.  He’d be an upgrade over either player in the short term.  There’s no guarantee that either Presley or Tabata would match the production of Pence in the long term.  But let’s think back to those 2008 Rays.  They were winning without Jason Bay.  They continued to win, even though their competition, the Red Sox, landed Jason Bay.  Pence would be an upgrade, and he would help the team.  The question you have to ask is can the Pirates compete without this upgrade?  The answer is that they already are competing, and they don’t even have Tabata and Presley playing together.

With that knowledge, do you trade Tabata or Presley, and their 5-6 years of control, all to land Hunter Pence for two years and two months, even though the current team is winning without Pence?  That’s not the approach the 2008 Rays took.  It didn’t hurt them in the short term, and they’ve been fine in the long run.  The 2011 Pirates are already doing their best 2008 Rays imitation.  Why stop now?