Why I Hate Moneyball

Coming in to the 2011 season, Major League Baseball had 9 teams with an Opening Day payroll that was greater than $110 M.  Aside from that fact, those teams all share one thing in common: they have all seen the end to their 2011 seasons.

The league championship series matchups will see the St. Louis Cardinals taking on the Milwaukee Brewers in the National League, and the Detroit Tigers taking on the Texas Rangers in the American League.  The top 9 teams in payroll, heading in to the season, are out of the race, although numbers 10 and 11 (Detroit and St. Louis, respectively) are still in the thick of things.  There’s also number 13, the Texas Rangers, and number 17, the Milwaukee Brewers.

It’s not a big surprise to see these numbers.  Since 1994, only one team has won the World Series with a payroll in the bottom half of the league.  That team was the 2003 Florida Marlins, and it wasn’t easy for them to get there, even without the 25th ranked payroll in the Majors.  The team was largely built off of the remains of the 1997 World Series winners, who were all traded the following off-season in a massive rebuilding process.

There seems to be a picture painted that baseball is fair.  We hear things like “nine different teams have won a World Series in the last ten years” and think that anyone can win a World Series.  We see the New York Yankees eliminated by the Detroit Tigers, and the Philadelphia Phillies eliminated by the St. Louis Cardinals, and we’re led to believe that the off-season spending by the Yankees and Phillies might not guarantee them championships after all.  We even see small market teams like the Brewers rise up and head to the NLCS in dramatic fashion, and it gives hope to other small market teams that they too might be able to do the same thing. 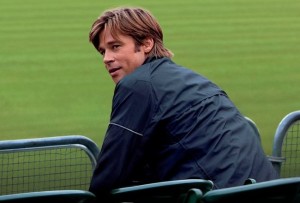 I got to thinking about that last part over the last week.  I went to see Moneyball a week ago, after having read the book at least half a dozen times.  I thought the movie was entertaining, and felt it catered to the casual fan, but it was more fiction than anything else.  However, the movie did bring up the discussion of Moneyball.  I saw some people reviewing whether the Oakland method worked.  I saw some people trying to find the modern “Moneyball” stat.  I saw some people proclaiming that “Moneyball” was dead.

All of this got me thinking about the status of Moneyball.  The point of Moneyball is often lost.  It’s not about walks.  It’s not about statistics.  It’s about finding a way for small market teams to compete with big market teams in a sport that allows only a select few to pay eight figure a year contracts.  Regardless of how that’s accomplished, if a team can find a way to get production from a guy at a fraction of the price that the same production would cost in free agency, they’re playing Moneyball.

An example would be in Milwaukee.  If we’re looking at the modern day Moneyball, I’d say it’s the draft.  The draft is the only chance that teams like Milwaukee have of landing elite talent.  It’s how they got Prince Fielder, Ryan Braun, Corey Hart, and Yovani Gallardo.  It’s how they got guys like Brett Lawrie, which allowed them to make trades for guys like Shaun Marcum and Zack Greinke.  The Brewers have one of the best young players in the game in Ryan Braun, and they’ve got him for $4 M this year.  Similar production would easily cost the Yankees or Red Sox at least $20 M a year if they’re buying it on the free agent market.

I was set to write an article about the new Moneyball.  I was going to talk about how the draft is the answer for small market teams.  I was also going to focus on the phenomenon of top prospects losing their status after one bad season, even if they still have the talent that made them top prospects.  That phenomenon is what allowed the Pittsburgh Pirates to acquire Jose Tabata, James McDonald, Jeff Locke, Gorkys Hernandez, Andrew Lambo, and others who were previously regarded as untouchable.  I was going to write all of this, but then I got to thinking about the real issue here.

Moneyball was released, and we all got caught up in the debate of the old topic of whether Moneyball works, and what Moneyball means in 2011.  What everyone seemed to ignore is the problem that exists which provides the need for Moneyball.  Despite what Bud Selig wants you to believe, Major League Baseball is not an even playing field.  If it was, we wouldn’t have even heard of Moneyball.  There would have been no need for Moneyball, as everyone would have been on an even playing field.  The smart teams would have won, the dumb teams would have lost, and no team would ever say “we’ve only got (insert young star here) for six years before he goes to the Yankees”.

Again, look at the Brewers as the perfect example.  Milwaukee has done everything right.  They’ve drafted well.  They’ve added some low cost players who have played key roles.  They were patient with their young players, not giving up on Rickie Weeks or Corey Hart after a few down years.  They added key players at the right time, trading for Greinke and Marcum to boost the rotation heading in to the year, and trading for Francisco Rodriguez to lock down the bullpen at mid-season.

You could argue that the approach by the Brewers was perfect.  They made the playoffs because they made all the right moves, whether those moves were draft picks that panned out, trades that worked as expected, or just the luck that is involved when guys like Yuniesky Betancourt step up as key role players.  Despite all of this, we probably won’t see the Brewers repeat their success next year.  Prince Fielder will leave via free agency, creating a huge hole in the middle of their lineup (no pun intended).  A year later, Marcum and Greinke will be eligible for free agency.  After next year, there’s a good chance that they’ll be missing two of their top starting pitchers from the 2011 season, and their best hitter.  They traded a lot of their top prospects to get to this point.  If they don’t win this year, they might not have another shot for awhile.

Then you look at a team like the Yankees.  They were far from perfect.  They featured huge free agent busts like A.J. Burnett and Russell Martin.  They saw guys like Alex Rodriguez and Mark Teixeira play well below expectations.  They spent almost $12 M a year on a set-up man (Rafael Soriano), who posted a 4.12 ERA in 39.1 innings this year.  They traded away a ton of top prospects over the years, mostly for short term upgrades.  Yes, they were eliminated, but they’ll be back.  All they need to do is throw $100 M at C.J. Wilson this off-season, or trading a top prospect away for a top young pitcher to help their rotation.  Unlike the Brewers, they don’t need the top prospects.  They can just go out and fill their needs on the free agent market.

There is no way that this is a fair system.  The Brewers have done everything right, and they’re in “win-now” mode.  The Yankees, meanwhile, have been run horribly.  It just goes unnoticed because $200 M a year covers up a lot of mistakes.  Despite this, the Yankees will be going to the playoffs year after year, while the Brewers will be focused on building for a window of opportunity.

That’s why I hate Moneyball.  I don’t hate the idea of Moneyball, or any of the executions.  I just hate the need for Moneyball to exist.  It gives the impression that anyone can compete in Major League Baseball, all while hiding the fact that it is extremely easy for some teams to compete, and extremely difficult for other teams to compete.  When you realize this, there’s nothing more frustrating than seeing things like Moneyball being hailed as a success, and an example of how any team can compete in baseball.  The fact that a team has to go through that much of a process, and be that innovative just to compete in a league where it’s easy for big market teams to compete, just shows how uneven baseball is.  In fact, baseball is so uneven that the Detroit Tigers, with a $105 M payroll, still get the “David vs Goliath” treatment when they eliminate the New York Yankees from the post-season.

The frustrating part is that nothing will change.  Baseball is fine with the current system.  They tout the fact that every team has a chance to compete, all while ignoring the fact that it’s harder for small market teams to compete, and nearly impossible for small market teams to compete for a long period of time.  Every team in the majors can compete.  However, while the Yankees make tons of mistakes on their way to the playoffs, teams like the Brewers are doing everything flawlessly, and teams like Oakland are recreating the game to just have the same chance that the Yankees have without even trying.