Pirates Had Interest in Luke Gregerson, Who Isn’t Getting Traded

Nick Cafardo of The Boston Globe reports that the Pirates and the Red Sox are both “sniffing on” San Diego Padres reliever Luke Gregerson. 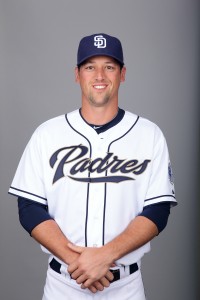 Gregerson has a 2.91 ERA in 43.1 innings this year, with an 8.1 K/9 and a 1.9 BB/9 ratio. Those numbers are in line with his career numbers. He’s been a dominant reliever throughout his career, and has a year of control remaining. He’s making $3.2 M this year, and is eligible for arbitration one more time in 2014.

The fact that the Pirates are “sniffing” at Gregerson doesn’t necessarily mean they’re actively pursuing him. In fact, the Pirates never pay for relievers, so dealing for an established guy would be an extreme change in their approach. The bullpen hasn’t been an issue this year, and Gregerson would be a luxury, especially if Jason Grilli returns before the end of the year.

I’d do a trade values on him, but the fact is that the trade values for relievers are extremely hard to determine. Relievers have very little value. Gregerson has been worth less than a win, despite his great numbers the last few years. Even if you put him at a 1.0 WAR, he’s worth $1.4 M, which is an older Grade C pitching prospect. If that was the actual value, then the Pirates should make the deal. But the value for relievers tends to be much higher, especially around the deadline. I could see the true price for Gregerson being a Grade B hitting prospect or higher. We’ve already seen high prices paid for rentals like Francisco Rodriguez and Jose Veras, so Gregerson is sure to command a lot.

The Pirates don’t need relief help, and they don’t need depth, so there wouldn’t be a reason to pay for Gregerson.

It is difficult to evaluate Gregerson because he has played every season of his five-year career in San Diego. Not only does that mean pitching at hitter’s nightmare Petco Park, but pitching in the evenings when the cooler weather makes the marine layer denser and more difficult to hit through.

Therefore, the best way to analyze Gregerson is using three stats: strikeouts, walks and groundball rate. He strikes out about 23 percent of batters, which would put him 2nd in the current Pirates bullpen, behind only new closer Mark Melancon. His slider is still his swing-and-miss pitch, and it’s a very good one. Though it’s not at the same level as Hanrahan’s hammer, Gregerson’s slider gets whiffs on about 40% of swings to put above average among reliever breaking balls.

The right-hander goes slider-heavy because his fastball averages only 88 miles per hour. But his overall strike-zone command is good, as he walks only 6 percent of batters. Once again, that puts him 2nd among current Pirates relievers and trails only Melancon. He will not have a blowup where he walks batter after batter.

The only downside: Gregerson is not a ground-ball pitcher. His 48 percent grounder rate means he is not the reliever you would choose when you need a grounder for a double play; that would remain the realm of Bryan Morris and Jeanmar Gomez.

If the Pirates acquire Gregerson, it is easy to see him slotting as Melancon’s setup man, allowing the team to use Justin Wilson in more particular spots against left-handed hitters. The 29-year-old would not light up PNC Park’s radar gun, but he is a healthy pitcher who would be very effective in middle relief when Jason Grilli returns.

Source: #Padres “probably will not” move Gregerson after sending Thatcher to #DBacks in Kennedy deal.

Padres are done. Gregerson NOT getting traded #source