First Pitch: Eight Flow Charts That Show the Pirates Depth at Each Position

I’ve talked a lot this off-season about how the Pittsburgh Pirates have a ton of depth for their starting lineup this year. Last year we saw an emergency situation where the team was left with Michael Martinez, Jayson Nix, and Brent Morel on the team at the same time for two weeks. The Pirates responded this off-season by trading for Sean Rodriguez, signing Corey Hart and Jung-ho Kang, and adding about 500 utility infielders via waiver claims, minor trades, or free agent signings.

The result is that the team has a ton of depth at most positions, and you have to go well beyond Options B and C to get to guys like Morel. After today’s articles on the Pirates’ starting lineup and the Indianapolis roster projection, I wanted to write out the depth options for every position. However, there are so many choices and so many variables that I couldn’t find a way to explain it all without it being totally confusing. So to make things much easier, I created a flow chart for each position, highlighting what to do if the starter at that position struggles, gets injured, or is needed at another position.

Below are the charts for each position, with the projected starter at that position mentioned in the initial scenario. There might be some differences in opinion for the order of some of the Triple-A depth options, but the main focus is showing what has to happen this year to get to those options at each position. I hope you enjoy the charts as much as I enjoyed making them.

(TIP: Click on an image to get a bigger version) 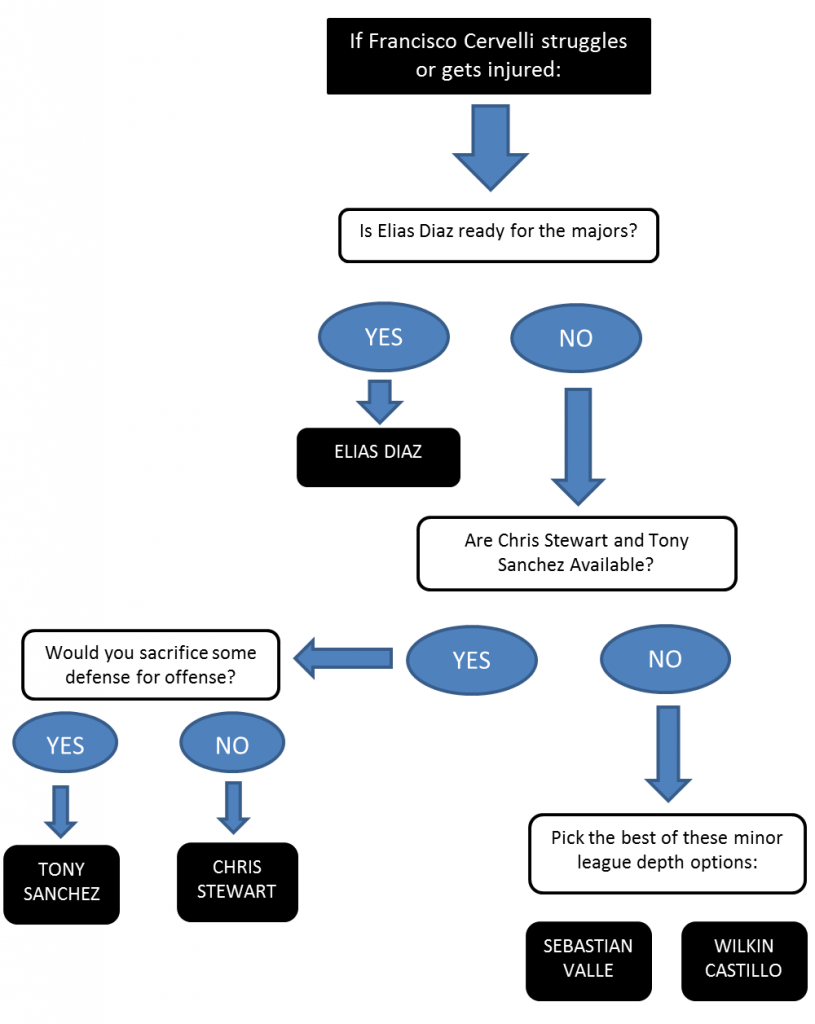 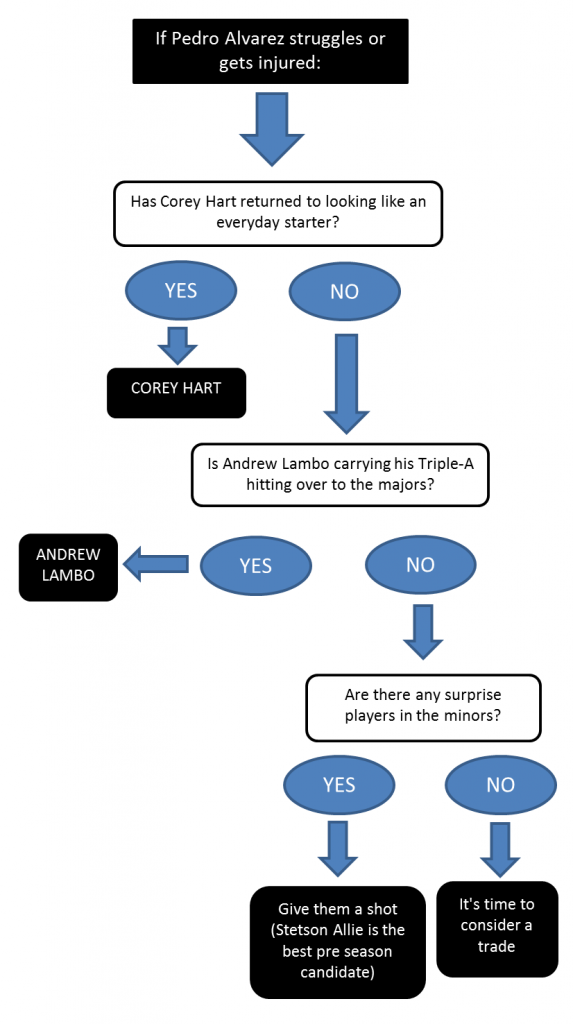 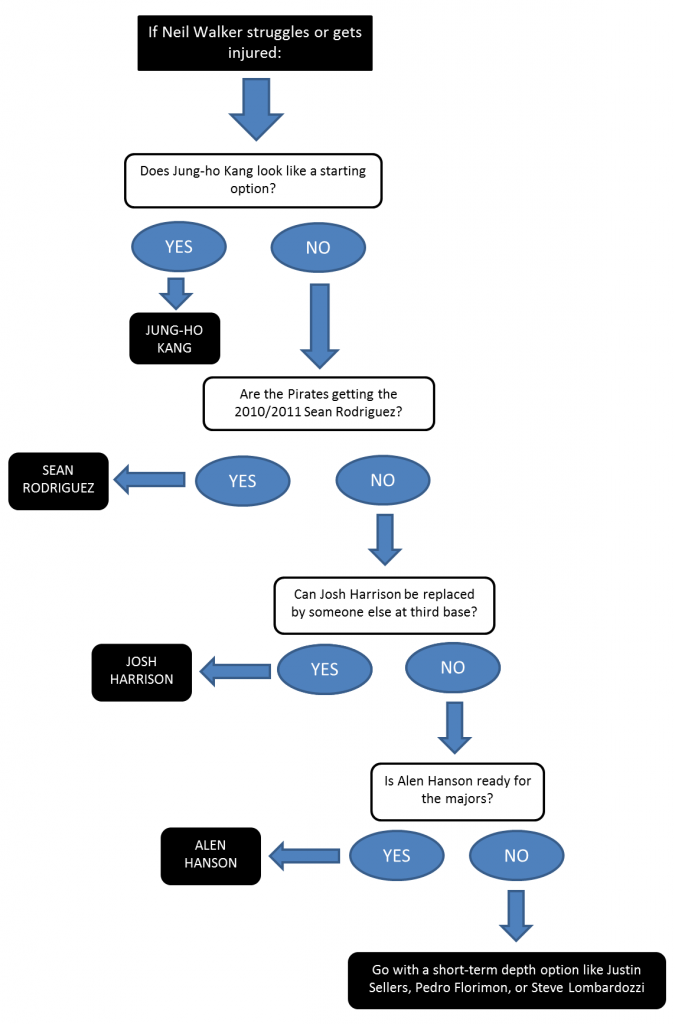 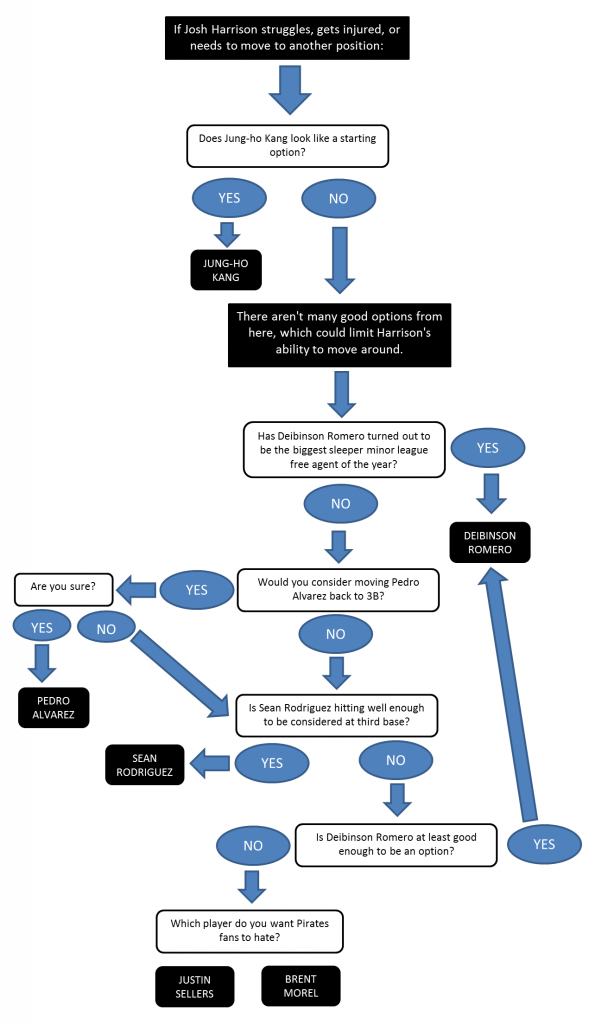 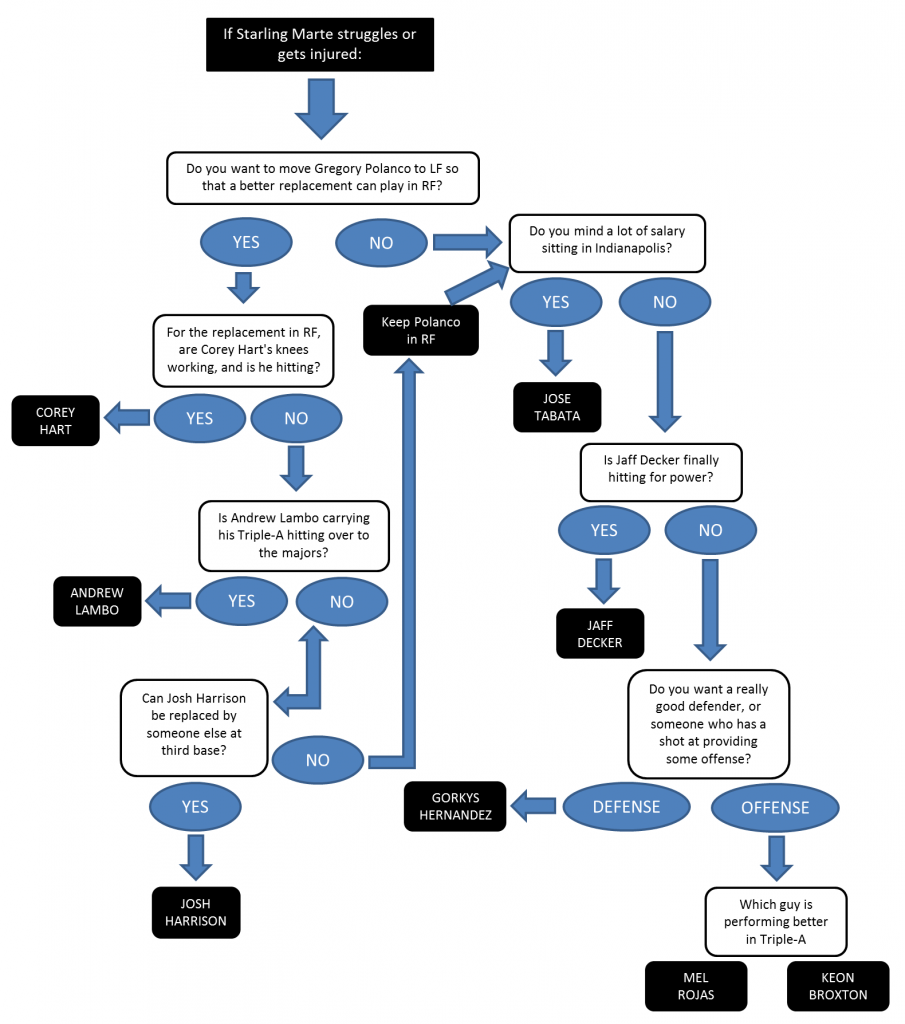 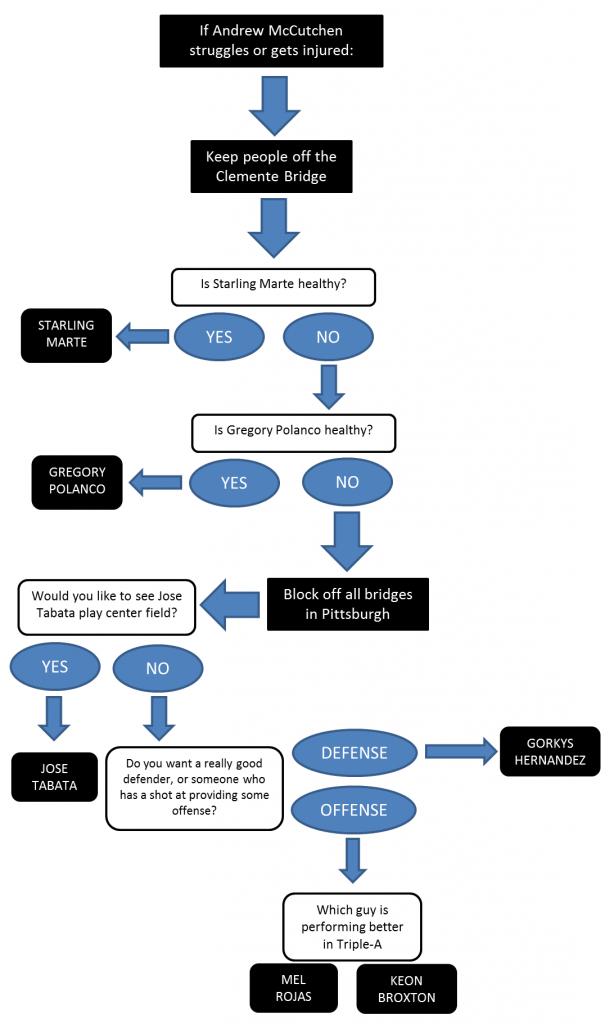 **The Pirates Lineup Is Set, But Who Takes Over In The Event Of An Injury?