How Gregory Polanco Could Be a Key to Beating Jake Arrieta

CHICAGO — The Pirates are likely slated to play Jake Arrieta in the Wild Card game, and they’re going to need every advantage they can get. On Friday, they displayed the way to win against a top of the rotation starter. It’s easier said than done, but the approach on the hitting side involves bouncing the starter as early as possible.

In most cases, this is accomplished by scoring runs off the starter and getting to the bullpen earlier. But that doesn’t seem like a realistic strategy against someone like Arrieta, who has an ERA under 1.00 in the second half. Instead, a better approach would be running up his pitch count early, so that he can’t stick around late in the game.

“Those are conversations that we do have,” Pirates’ Manager Clint Hurdle said about a team approach to running up pitches. “Let’s not chase here. Let’s make sure if we’re going to fire early, it’s something up, out over the plate. That you’ve got conviction swinging the bat. Other than that, let’s take and move on. We all can hit with one strike. We all can hit with two strikes.”

One player who could be key to this approach is Gregory Polanco. The right fielder hasn’t been putting up the best numbers this month, despite consistently hitting the ball hard. What he is doing well is drawing a lot of pitches, and that played a big role in Friday’s win against the Cubs. Polanco drew 21 pitches in three plate appearances against Jon Lester, including nine pitches to lead off the game. The lefty starter was pulled from the game after seven innings, and the deciding run was scored in the eighth off relief pitcher Pedro Strop. Had Polanco drawn fewer pitches, Lester might have pitched the eighth, and the results of the game could have been different.

This approach happened about a week ago against another top starter, Clayton Kershaw. In that contest, Polanco led off the game with another nine pitch at-bat. He fouled off anything close (pitches 2, 4, 5, and 6 in the image below), and didn’t swing at anything outside of the zone, as you can see below. 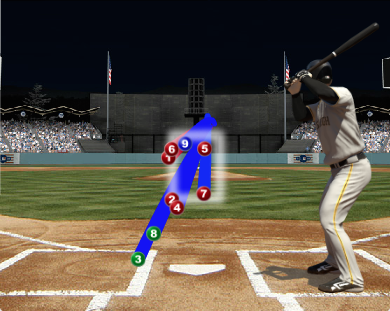 This didn’t have the same impact as Lester, in the sense that it was a game-long approach of running up the pitch count and bouncing the starter early. But this could have impacted how Kershaw pitched to Polanco in a key at-bat in the eighth inning. Polanco started the at-bat by fouling off a fastball on the outside edge. Kershaw went to a slider with the second pitch, but Polanco laid off. The third pitch was another fastball to the outside edge, and this one was sent for a double. 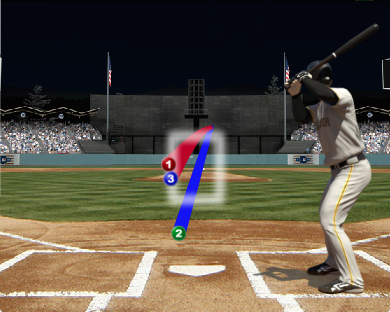 Maybe it was the fact that Polanco saw so many pitches against Kershaw that game (15 in his first three plate appearances), that he ended up coming through with the last one. Maybe Kershaw pitched him differently because he was so tough to get out earlier in the game, and wasn’t swinging and missing a lot. Either way, Polanco had two big at-bats against the tough lefty, and the one in the eighth inning decided the game, as Polanco came around to score the winning run when Aramis Ramirez doubled him in off reliever Chris Hatcher, with Polanco chasing Kershaw from the game with his double.

“It’s a growth process for him,” Hurdle said. “He’s getting better at it. All you’ve got to do is go watch the video tape from the first half. It’s a different player now. It’s a more mature player. The 0-for-3’s were different. They were quick, they were rapid. They were in and out.”

As for how all of this applies to Arrieta, Polanco displayed the same approach last time out against the Cubs’ ace. He went 0-for-2 in his first two at-bats, but drew five pitches each time. The third at-bat saw a single after two pitches, and he eventually scored the first run of the game on an error. The fourth at-bat saw him ground out on the first pitch, but resulted in a run scoring to tie the game.

The Pirates will need every advantage they can get off Arrieta. Obviously it would be great if they could show up and hit against him, knocking him out of the game early. However, that seems unrealistic based on his track record against every team he’s faced in the second half. So from there, the hope would be getting him out of the game as early as possible, and a selective approach would help that out. Polanco can set the pace there if he can manage to carry over the same approach he had against Kershaw and Lester.