Winter ball started in Mexico on Tuesday night with one game. The team to watch right now is Venados de Mazatlan. They have first baseman Carlos Munoz and pitcher Luis Heredia. They also have catcher Mikell Granberry, but he is still recovering from a broken hand suffered during the GCL season and is on the Extreme Fatigue list, which will likely keep him out until December. After the December, it will be up to the Pittsburgh Pirates if he is able to play or not.

Munoz had a solid winter season last year for Mazatlan, seeing regular playing time for the first time in winter ball. Heredia saw winter action for the first time last year, as the Pirates were cautious with him and his innings during his first few years. While he was allowed to pitch winter ball last year, there were some restrictions. According to Heredia, those restrictions have been lifted this season and he wants to get more innings this winter.

Heredia started the 2016 season off strong out of the Bradenton bullpen, posting an 0.60 ERA and a 2.88 GO/AO ratio through June 27th. The scouting reports were also better, with more velocity and improved command. Things fell apart after that point though. In his last 21 appearances combined, he had a 7.40 ERA in 24.1 innings, with more walks than strikeouts. He wasn’t used during either playoff series, as Bradenton won the FSL championship.

Heredia will go into 2017 with one last season to show the Pirates enough to possibly keep him around once he reaches minor league free agency. Lost in how long he has been around is the fact he will be 22 years old for most of the 2017 season, so there is still time for him. The lack of restrictions (for now) with his winter team points to them being doubtful of his future. If he shows some strong improvements this winter, then they could shut him down at any point or control his innings.

The 22-year-old Munoz is also in the same situation as Heredia. He moved slowly through the system due to poor conditioning, which had him at West Virginia this season, despite strong on base skills and terrific BB/SO ratios during his entire career. He will reach minor league free agency at the end of the 2017 season. Just like Heredia, Munoz is coming off a disappointing season.

He had a .992 OPS in 2015 and was supposed to use winter ball to get into better shape, with a program set up by the Pirates to help his conditioning. Munoz posted a .728 OPS in Low-A and his weight issues were a problem all year. He has the plate patience, strike zone judgement and hand-eye coordination you look for in batters, as well as some power, so there is potential. He’s going to have to show that potential with the bat next year in the pitcher-friendly Florida State League, where his conditioning issues could be a huge factor during the hot Bradenton summer.

As of right now, the only other Pirate in the league is DSL pitcher Armando Bustamante, and due to his experience, he will likely see very little mound time. Eduardo Vera has pitched in the league in the past, but due to is return from Tommy John surgery late this year, he probably won’t pitch in the league this season unless the Pirates want him to get more innings.

As the Pirates sign players in the off-season, you will likely see some more players to follow. There is also the chance that current players join the league during the season. One note on Mazatlan if you follow the action. They have six pitchers who have played for the Pirates, so if you have followed the minor league system close, there are plenty of familiar names.

Here’s a recap of the action since our last winter league article:

Jose Osuna had a 2-for-4 night, with a run scored and his third double. He is 4-for-14 through four games, with three walks and no strikeouts.

Elvis Escobar went 3-for-4 with three singles and his first stolen base. He split the game between center field and right field. The starting pitcher for Escobar’s team (Cardenales de Lara) was John Kuchno, who allowed one run on four hits and one walk in 3.2 innings. That run ended up being the only run of the game, handing Kuchno the loss. He threw 42 of his 60 pitches for strikes and had a 6:1 GO/AO ratio to go along with one strikeout. In the sixth inning, another Altoona Curve player made his pitching debut. Jhondaniel Medina threw 1.1 scoreless innings on one hit, one walk and two strikeouts.

Also on Monday night, Julio Vivas picked up his second win in as many appearances. He came into the game with a 2-2 score in the bottom of the eighth and got a fly ball for the final out, stranding two inherited runners. His team took the lead in the ninth and Vivas was removed for the closer, who shut the door for the 3-2 win.

**No Pirates saw action on Tuesday night. There was only one game in Mexico and one in Venezuela.

Did Heredia fail because of attitude, our handling (changing arm angles/pitches), or both?

He failed because he is an overweight slob and took his lifetime opportunity for granite.

I don’t think he was too concerned with counter tops.

Made me think of Gary Granite on the Flintstones. 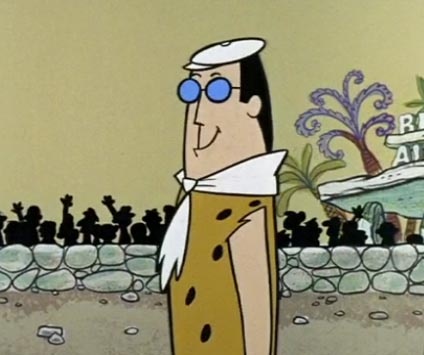 “He has the plate patience and his weight issues were a problem all year.” Maybe he should show more patience and walk away from that dinner plate and get in better shape. He is holding himself back because he is unwilling to do what needs to be done to get into baseball shape. Maybe it is a lack of maturity that prevents him from taking the necessary steps to improve his conditioning.

Should we be surprised that a 22 year old young man lacks maturity?

Do you know of an app that follows game play for Venados de Mazatlan?

Not sure, but you might be able to get it on MLB. Go to their winter league section and find the league there. The games are streamed live on Youtube, usually by the home team

Thanks, John. I’ll keep on looking till I find it.