I made a decision last week: I’m done discussing the Francisco Liriano trade, unless something new happens that updates the discussion.

This decision probably should have come a lot sooner. Liriano was traded on August 1st, and since then, there has been five months of almost daily conversation about the trade. Actually, conversation isn’t the right word. Complaints seems too mild. We’ll just say that people have been stewing in anger for months, repeating the same things over and over, even though there was no new information.

Granted, there were some factors that changed after the deal. Liriano had some good results with Toronto, although that was seen as a possibility at the time of the deal. It was also a situation where the Pirates didn’t expect Liriano to turn things around with them, making it somewhat irrelevant if he turned it around elsewhere. Drew Hutchison — the lone return for the Pirates — didn’t do so well in his initial jump to the majors, although he hasn’t had a lot of work with Ray Searage. When I say no new information has come out, I mean in terms of how this deal changes from expectations at the time of the deal.

I went back and looked at my reaction at the time of this deal. It wasn’t a positive reaction, although I didn’t resort to screaming and acting like it was the worst move in the world. I wanted to take a measured and nuanced approach — which is always my goal here — and see how this deal could change in the future.

The fact of this deal is that it is nuanced, and a lot of the Liriano talk since then has tried to take a nuanced trade and fit it into a black or white rating system. This deal was about saving money. If you say otherwise, you’re ignoring things that Neal Huntington said, and you’re ignoring the reality of the deal. It was also made because they liked Drew Hutchison. If you deny that, then you’re doing the exact same thing as the people who deny the payroll savings and say they just really liked Hutchison and that was their sole motivation. The Pirates had two motivations here — get a player they liked and cut some salary from a player they didn’t think would produce for them going forward.

So the biggest things that could change for the perception of the deal came down to Hutchison’s performance, and what the Pirates did with their payroll savings. We’re still left waiting with Hutchison, and might get a chance to see how that side of things plays out. I said at the time that I liked the pickup. This is a guy who looked like a legit MLB starter just a year ago. I’ve talked to scouts who have seen him, and my opinion matches theirs — he’s a guy who can start in the majors, although he’s not going to be a top of the rotation guy. If Ray Searage can make that happen, then he needs to go in the Hall of Fame immediately.

I do think that Hutchison could end up in a Jason Rogers situation. If the Pirates add Jose Quintana, that leaves one rotation spot remaining, with Hutchison battling with Chad Kuhl, Steven Brault, and Trevor Williams. He would then become expensive depth, although would find it easier to make his way into the picture than Rogers did.

But it’s safe to say that we’re still waiting to see what they’ve got with Hutchison, and whether they can turn him back around to the pre-2016 version of himself.

As for the money, we now know how that has turned out, and that’s the one reason I’m breaking my new rule and discussing Liriano today. Last week, the Pirates signed Daniel Hudson and Ivan Nova. Hudson received a two-year, $11 M deal. Nova received three years and $26 M, plus up to $2 M per year more in performance bonuses. The Pirates also signed David Freese to a two year, $11 M extension during the season, and noted that this was the type of move they could make with Liriano’s savings.

It’s tough to break down how the Liriano money was reallocated. The Pirates saved about $18.5 M, and they committed $48 M to those three players. They’ll also spend about $20 M on those three players in 2017. If you look at the payroll, they are currently just shy of $103 M, which is where they started last year. It’s safe to say that they’ve spent the Liriano money, and exactly in the way they said they would. Here was a quote from Neal Huntington right after the trade.

“At the end of the day, I ultimately decided that the financial flexibility, adding Drew Hutchison to go with our young pitchers, the financial flexibility that’s going to allow us to reallocate those dollars onto this club in different ways, was a good move for us as we sit here,” Huntington said. “It didn’t take away from this year, but added to our ability to impact this club in different and potentially better ways for next year and beyond.”

The Pirates dumped Liriano’s salary, and they’re moving forward with Nova, Hudson, and Freese. If you have Liriano on this team, you don’t have the salary for Nova and one of the other two players. I would personally take Nova and one of Hudson or Freese over Liriano, especially when considering that the Pirates weren’t confident he’d turn things around with them.

The entire salary situation really shouldn’t be a surprise. It’s only a surprise because people spent months talking about this deal on a daily basis, with no changes. When you talk about a deal on a daily basis, you quickly run out of things to talk about. So you start creating new things to complain about. One of those things was the idea that the Pirates wouldn’t spend the money, and would just enter 2017 with a lower payroll than 2016. And when that got repeated daily, it started to become a fact for some people, to the point where the signing of Nova and Hudson last week was a surprising move, even though it was exactly what Huntington said they were going to do after the trade.

But where does this leave the Pirates? It’s a good thing that they spent the money, but that doesn’t really change the deal. The deal was Reese McGuire, Harold Ramirez, and dumping Liriano’s salary for Hutchison. The Pirates have answered the question about who will replace Liriano on the payroll, but we still need to see if that was a good decision. If Nova and Hudson don’t fare any better than Liriano last year, then it won’t matter that the Pirates ended up spending the money. Hutchison is an unanswered question, and I’m not sure when we will get the answer as to what he can be, at this point.

One thing that has changed about this deal for me has been the evaluation of Reese McGuire. If you recall, I pushed him up during our mid-season rankings because I wasn’t ready to downgrade his offensive potential. It seems I was alone in that regard. Baseball America didn’t have McGuire or Ramirez in their top ten prospects for Toronto, and the Blue Jays don’t exactly have a loaded system. We were low on Ramirez, rating him 12th overall a month before the trade. If I hadn’t pushed McGuire up, he would have been 10th. He probably would have dropped down a few more spots in the second half. And after seeing how many national writers were down on his offense, I’d probably have to change my view and start to downgrade him. It’s not that I’m afraid of going against the pack when I’ve got a different opinion. But Reese McGuire’s future offensive potential is not a hill that I feel strongly enough to die on.

The interesting thing about this deal and the daily complaints is that when Liriano improved with Toronto, it was noticed. When Hutchison didn’t do well, it was noticed. But when every national writer started saying that McGuire and Ramirez weren’t as good as Pirates fans were making them out to be, it was largely ignored, or seen as spin. That’s not a very objective approach.

And still, it’s hard to get beyond the idea that the Pirates traded prospects for salary relief, which is an idea that doesn’t sit well, even if the prospects are more throw-in type guys, rather than top of the system guys. The trade could look better for the Pirates if Hutchison turns into a reliable starter for three seasons, and if Nova/Hudson/Freese work out. But the latter part is just the advantage of having salary relief to spend, which means that it’s impossible to view this deal as three players for Hutchison. The salary relief is the second return, and the Pirates traded that pair of prospects to partially get rid of that salary.

The salary question has been answered. There’s really no need to discuss this deal on a daily basis at this point, in my opinion. The only thing it accomplishes is just steering every conversation to this topic, or hammering the exact same talking points over and over like a broken politician. At this point, it doesn’t yield smart baseball talk, but instead takes us down the path to making up false realities about the Pirates’ intentions for the trade. There will be a time when it’s appropriate to discuss this deal again, but that probably won’t be until we see what Hutchison does, or what everyone else does during the 2017 season.

And now, I re-shun the Liriano trade discussion. 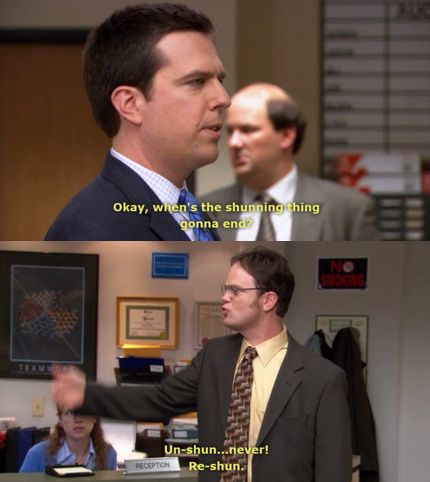