Pitchers Adjusted to Jordan Luplow and Now Luplow is Adjusting Back

INDIANAPOLIS — He’s not going to sneak up on anybody this season.

The scouting report is out on Jordan Luplow after his meteoric rise last year, beginning in Double-A Altoona and finishing by making his major league debut with the Pirates.

The surge was surprising since it came after a mediocre season in Bradenton where he hit .250 and wasn’t invited to major league spring training camp in 2017. He was ranked the 38th best prospect in the organization in last year’s Pirates Prospects’ preseason rankings.

Luplow is no longer an unknown commodity.

He appeared in 27 games with the Pirates, showed good power at multiple levels and entered this season ranked the 11th best prospect in the organization.

“They have a history on him, guys know him and he was in the league last year,” Indianapolis hitting coach Ryan Long said. “That’s definitely a thing.”

The pitchers have adjusted their approach facing Luplow this season. The biggest change: try to avoid pitching to him, giving him little to work with.

Luplow is seeing a lot of breaking pitches, with most everything being kept away. He’s being pitched around and not getting a lot of opportunities.

All of that led to a slow start this season as Luplow had to make adjustments to the new approach. He hit .180 in April with almost as many strikeouts (9) as hits (11).

“They’re staying away from me and not giving me many good pitches to hit,” Luplow said. “And when I am getting those I was missing them. I’m only getting one or two a game, and missing those is crucial.”

Luplow went back to the basics, examining what pitches he was swinging at and where pitchers are attacking him the most. And from there, he had to figure out what pitches he should be waiting to attack.

“Sometimes guys make pitches on you,” Long said. “I think the ones he has gotten to hit early on he’s just been a tick off and maybe he fouled them off or just missed them. That’s part of baseball, it happens, man. … I think he knows there are some things he can clean up in terms of pitches he’s swinging at. Are you hitting your strengths and what are your strengths.”

As the struggling month of April grew longer, Luplow said he didn’t feel any extra pressure during his sluggish start. Those times are going to come during a season, and his just were exemplified because it came to open the year.

“I wouldn’t say it’s more pressure, you just have to really lock in on those opportunities,” Luplow said. “And try to play that cat and mouse game with the pitcher and try to figure out what he’s going to do here, what is their scouting report on me.”

It hasn’t taken too long for Luplow to figure out the new approach and get better at playing the “cat and mouse” game with opposing pitchers.

In 19 games this month, Luplow is hitting .329 with five homers. He hit a 3-run home run in the ninth inning against Norfolk last week to tie the game.

And his offensive numbers — as with everyone on the Indianapolis roster — are muted from playing in spacious Victory Field along with some cold, wet weather conditions to open the season, factors that hurt power hitters.

“For any hitter,” Luplow said laughing. “You have to fight through those conditions. Everybody else is playing in them.”

Luplow’s quick rise to the major leagues last season opened eyes, along with the performances he put up in Altoona and Indianapolis to earn that promotion.

His slow start to this season could have caused some concern, but he’s made quick adjustments to put together an impressive May so far, doubling his OPS from .511 in April to 1.113 in May.

He would seem as a likely call-up at some point this season, due to the power he has consistently shown dating back to the beginning of last season. Considering the Pirates have endured injuries to outfielders in the past, it’s not unreasonable to expect the need for replacements at some point and Luplow would be a prime option to fill such a void. 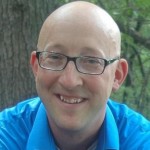