Morning Report: The Best from the Bristol Pirates this Season 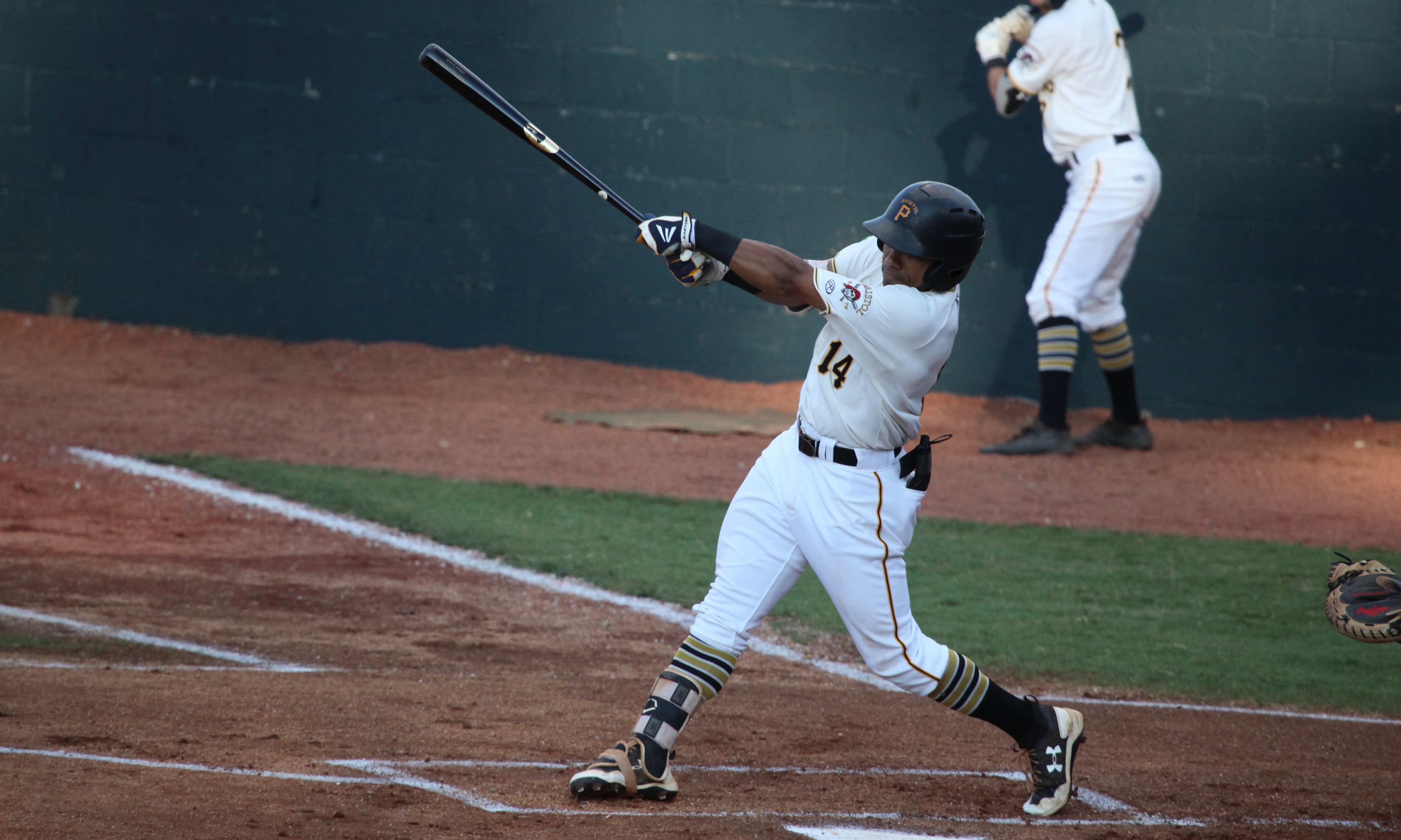 This week I’m looking at the seasons of each affiliate and making my selections for the best hitter, best pitcher, biggest surprise and biggest disappointment for each team. Wednesday was the DSL Pirates, which I looked at as one team because numerous players saw action with both teams. Yesterday was the GCL Pirates, followed by Bristol today. I’ll get to the other five next week after they finish playing.

Let me start by saying that this isn’t based on any prospect status, just my thoughts on who did the best. If a top prospect happened to also be the best hitter or pitcher for the team, then that’s just by coincidence. We are going to have a season recap and top ten list for every affiliate, starting this weekend with the DSL. Those two separate articles for each team will deal more with the topic of prospects and they will have much more information than you’re seeing here in the Morning Report intro section. Here are my four choices for the Bristol Pirates.

Best Hitter: This is a fairly easy one. Mikell Granberry had a strong season with a .905 OPS, but Jonah Davis put up a 1.010 OPS and played more often. Davis hit .306/.398/.612 in 51 games. He finished fourth in the league in OPS, in one of the closest races you’ll see for that title. The difference between first place and sixth was 21 points. Davis led the league in slugging, and finished second in doubles, fourth in triples, third in homers and first in extra-base hits. He also played solid defense in center field. He was recently named to the Appalachian League All-Star team as well, the only representative of Bristol.

Best Pitcher: Argenis Romano, who is now with Morgantown, was the best pitcher for Bristol. Working in long relief, he posted a 3.03 ERA in 32.2 innings, with a 1.13 WHIP and 30 strikeouts. No one who put in significant time came close to what the 23-year-old Romano did during his time in the Appalachian League, and he’s actually pitching better in the New York-Penn League since moving up.

Biggest Surprise: This is a tough one because no one came out of nowhere to do well. Davis had a great season, but he also came from a major college and would have been more suited for Morgantown. I think you have to go with the players who started the year in the DSL and ended up in Bristol. That has never happened before that I can remember, but Denny Roman ended up making four starts and pitching well in two of them. Luis Nova, Yerry De Los Santos and Lizardy Dicent each saw relief appearances at the end of the season. At least with those three, they had stops in the GCL first, but Roman went right from the DSL to Bristol overnight.

Biggest Disappointment: If he wasn’t traded, I could have went with Shane Baz here because he was expected to be in West Virginia and also didn’t pitch well with Bristol. Instead, I’m going with a trio of outfielders. Conner Uselton, Yondry Contreras and Jeremias Portorreal provided very little offense all season. In fact, Contreras, with his .606 OPS and strong defense, probably doesn’t belong with the other two players, but he was also repeating the level. Uselton had a .530 OPS and Portorreal, who is a below average corner outfielder, had a .551 mark. It’s a group of three sizable bonus players who all played poorly in a hitter-friendly league, and not one of them was an aggressive push. Outfielder Christian Navarro, who was a 2017-18 international signing, made his pro debut in the league and had a .716 OPS and he was far from a high profile signing. The other three were just all-around disappointing.

The Pirates are in fourth place in their division, trailing by 14.5 games with 28 games left on the schedule. They trail the second wild card team by 9.5 games.

Indianapolis is a game out of first place with four games left in their schedule. They do not own the tiebreaker. They are tied in the wild card race, with another team a 1/2 game back.

Altoona is in first place with a one game lead and four games left in their schedule. They clinched a playoff spot on Sunday.

West Virginia is out of the division race with four games left in their schedule. They are in second place with a one game lead in the overall standings and would make the playoffs if they finish second, because Lakewood won both half titles. The team in second place owns the tiebreaker, so West Virginia needs to finish ahead of them.

Today’s Starter and Notes: The Pittsburgh Pirates lost 5-0 to the St Louis Cardinals on Thursday night. The Pirates now travel to Atlanta for three games against the Braves. Jameson Taillon will get the start, coming off of his outing on August 25th when he gave up one run over six innings against the Milwaukee Brewers. The Braves will counter with right-hander Anibal Sanchez, who has a 3.05 ERA in 103.1 innings, with 100 strikeouts and a 1.08 WHIP. He allowed one run over 5.2 innings against the Miami Marlins in his last start.

The minor league schedule includes just five teams still remaining. Mitch Keller goes for Indianapolis. He has allowed just three earned runs in his last 23 innings, covering four starts. James Marvel has made four starts for Altoona and he has pitched into the seventh inning in all four games. West Virginia’s Hunter Stratton has not allowed more than two earned runs in any of his last eight starts. Morgantown will go with Brad Case, who moved up from Bristol for one final start of the season. Bradenton is playing just one game today, as the two teams decided that the doubleheader that I called unnecessary in Tuesday’s Morning Report was indeed unnecessary. The seasons have ended for Bristol, the GCL and DSL Pirates.

From Morgantown, Edison Lantigua completes the cycle. Best part of the video has to be the smile that didn’t go away

Eight former Pittsburgh Pirates players born on this date, plus six trades of note. Everything was covered in the link at the beginning here, so with a lot to mention, I’ll just list all the transactions and players and you can view the link if you so choose.

1981: Pirates acquired second baseman Johnny Ray and two players to be named later from the Astros for Phil Garner.

Players born on this date:

Red Ehret, 1892-94 pitcher. Red was involved in one of the most colorful baseball trades of all-time when he was sent to the Browns for pitcher Pink Hawley.