Morning Report: You Might Be Surprised by the Total Number of Players Pirates Have Under Contract 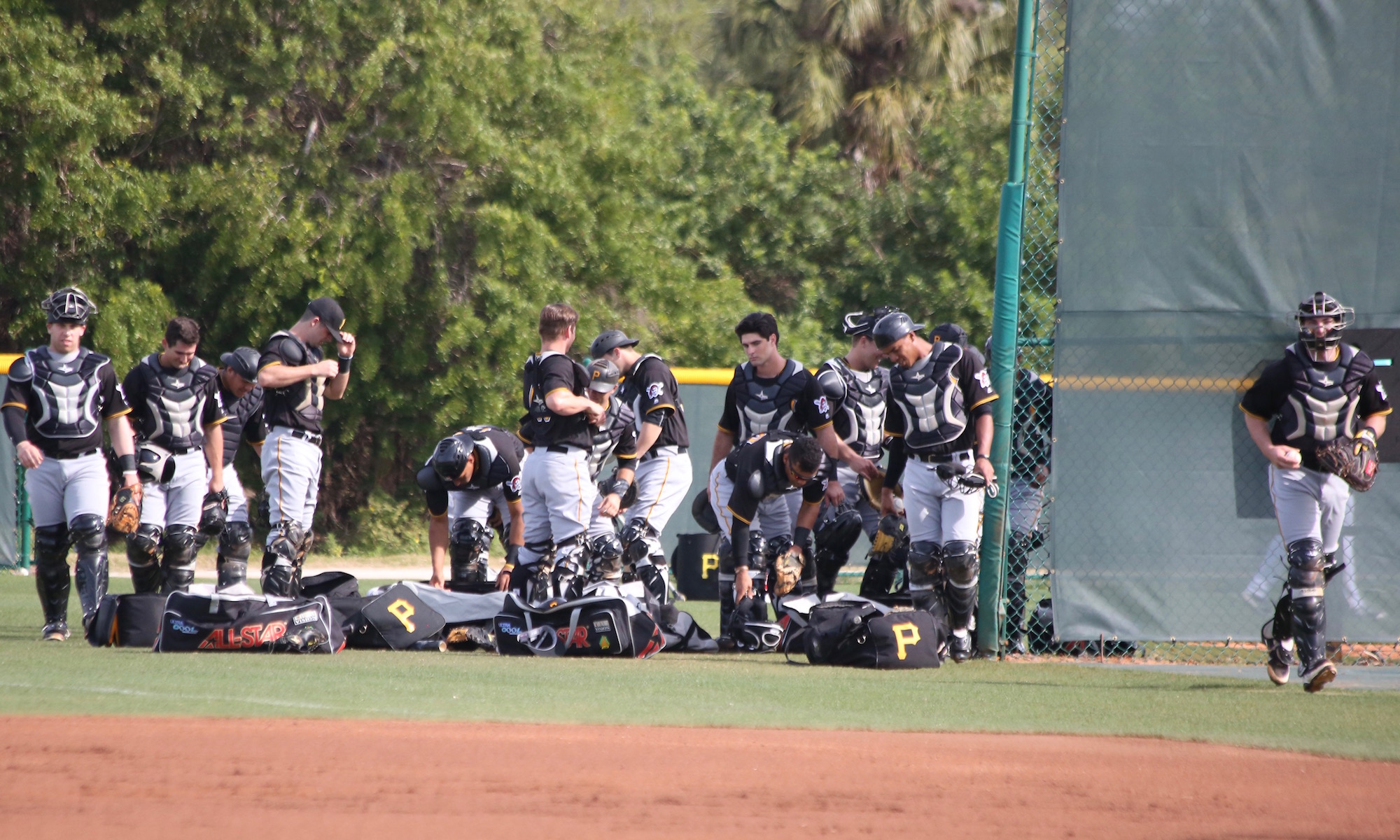 Baseball America has an Ask BA article up in which JJ Cooper answered a question regarding how many players there are in an organization. It gives some interesting facts about how many players teams can have signed at one time, so it’s worth checking out. He notes that teams add affiliates so they can sign extra players and hopefully you get some hidden gems out of late round picks, non-drafted free agents or low-priced international signings. Some of those signings wouldn’t be available if you didn’t have a roster to put those players on.

I thought I would build off of that response he gave and give you the exact number for the Pittsburgh Pirates. Here’s where you should stop and just take a random guess before you look at the answer in the next paragraph. You can’t get the number just from looking at the rosters right now because international signings aren’t on there.

As of 11 PM on Wednesday night (which is when I wrote this) the Pittsburgh Pirates have 341 players under contract. I’m guessing that most people who put in a guess when I said to, didn’t think the number was this high. In fact, I took a random guess the other day when I read the BA column and I was off by 11 players (I figured 330).

That is possibly the peak it will be, although if no one gets removed from any rosters in the next three days, then the Pirates should be signing Luis Tejada on his 16th birthday and it will temporarily go up. As a side note to that link, I saw Tejada’s birth year listed as 2001 somewhere while researching him back on July 2nd, but later confirmed that he was born in 2002 and he just agreed to a deal with the Pirates. He can’t officially sign until this upcoming Sunday. So while he’s on our international signing tracker, he’s not counted among those 341 players.

Once the DSL and GCL seasons end, followed soon by the other leagues, we usually see a handful of players released and it’s doubtful that the Pirates would sign enough international players to off-set that number. So 341 is the peak now (possibly 342 on Sunday) and by the time the draft rolls around next year, assuming they keep nine affiliates, there will be around 300 players under deals before they start signing picks. If they cut an affiliate, which I don’t see happening, then that number would have to drop due to roster limits.

** I heard last night that the Pirates are sending quite a large number of DSL players to the U.S. for the Fall Instructional League, which is a bit surprising because they have already sent over 11 players during this season and they wouldn’t be among the DSL players invited.

It’s apparently 25-30 players, which along with some DSL players possibly being released, would open up room for more international signings. When Tejada is official, they will be up to 23 international players signed since July 2nd. I only have about 20 names of players invited and know about 25-30 others who weren’t, so I won’t put out a list just yet, but I’m sure you can guess the obvious ones. There are some surprise names left off, but no huge surprises.

The Pirates are in fourth place in their division, trailing by 10.5 games with 34 games left on the schedule. They trail the second wild card team by 7.5 games.

Indianapolis is in second place, trailing by one game with 12 games left in their schedule.

Altoona is in second place and trails by a 1/2 game with 13 games left in their schedule. They lead the race for the second playoff spot by seven games.

West Virginia is in fourth place and trails by ten games with 12 games left in their schedule. They trail the second place team in the overall standings by 3.5 games and could make the playoffs if Lakewood wins the second half title and the Power finishes second.

Morgantown is in sixth place and they trail by 10.5 games with 12 games left in their schedule.

Bristol is in third place and trails by six games with seven games left in their schedule. They are two games out of second place, behind tonight’s opponent. The second place team also gets a playoff spot.

The GCL Pirates have been eliminated from the playoff race.

The DSL Pirates1 have been eliminated from the playoff race.

The DSL Pirates2 have been eliminated from the playoff race.

Today’s Starter and Notes: The Pittsburgh Pirates lost 2-1 to the Atlanta Braves on Wednesday night. The Pirates are off today, as they travel to Milwaukee for a three-game series. Joe Musgrove will get the start, coming off of his outing on August 18th when he gave up one run over seven innings against the Chicago Cubs. The Brewers will counter with left-hander Wade Miley, who has a 2.18 ERA in 45.1 innings, with 29 strikeouts and a 1.21 WHIP. He has allowed three earned runs over 11 innings in his last two starts combined.

The minor league schedule includes JT Brubaker, who has been the best pitcher in the system over the last month. He has given up three runs and just one walk in his last 29.2 innings. His last start was limited to one inning due to rain. After posting a 5.67 ERA in July, Altoona’s Cam Vieaux has a 2.95 ERA in three August starts. Bradenton’s Gavin Wallace threw five shutout innings in his last start, striking out seven batters. Oddy Nunez starts again for West Virginia. He gave up two runs over seven innings in his last game. The GCL/DSL seasons wrap up on Saturday.

From Tuesday night, two homers. First is from Bryan Reynolds, his fourth hit on the night.

Second is from 2018 draft pick Zack Kone, his first as a pro. He also reached base four times, though he was walked all three times after this homer.

8/14: Shane Baz traded as the player to be named later to the Rays.

One former Pittsburgh Pirates player born on this date, plus the second no-hitter in team history. Guy Bush pitched for the 1935-36 Pirates. He was part of a five-player trade after the 1934 season that included Hall of Famer Freddie Lindstrom. Bush was part of  strong Pirates’ rotation that included HOF pitcher Waite Hoyt, as well as Cy Blanton, Red Lucas, Bill Swift and then Mace Brown getting long relief duty and some spot starts. Bush threw 204.1 innings in 1935, posting a 4.32 ERA. The next year, he was only used out of the bullpen, getting released in early July.

The first official no-hitter in Pirates’ history was thrown by Nick Maddox at the end of the 1907 season. That’s only true because MLB changed the definition of official no-hitters for some strange reason. Before Maddox threw his game, two Pirates’ pitchers threw complete games with no hits, yet for some reason, they took them out of the record book because they didn’t play nine innings. Regardless of what MLB says, Lefty Leifield threw the first no-hitter in Pirates’ history back on September 26, 1906 when he no-hit the Phillies for six innings. The game was called due to darkness, so Leifield gets punished because the ump decided it was a good idea to stop playing once the teams couldn’t see the ball.

The next year on August 23,1907, Howie Camnitz threw the second Pirate no-hitter during the second game of a doubleheader against the New York Giants. This game wasn’t even called due to weather or darkness. The two teams played extra innings in the first game, then decided the second game would be a five inning game, so Camnitz couldn’t have went any further unless the score was tied. He was far from perfect in the game, allowing four walks, but the Giants were unable to collect a hit and the Pirates won 1-0.