The Pittsburgh Pirates announced their 2019 schedule on Wednesday afternoon. The season opens in Cincinnati for a three-game series in March, with the opener slated for the 28th, which is a Thursday. The Pirates then host the St Louis Cardinals for two games, opening the PNC Park season on Monday, April 1st, followed by an off-day, then a Wednesday night game.

The Pirates will play one of their home games in Williamsport, PA during the Little League World Series. That’s on Sunday, August 18th against the Chicago Cubs.

The final game of the season is at home versus the Reds on September 29th. 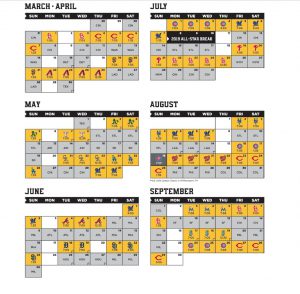