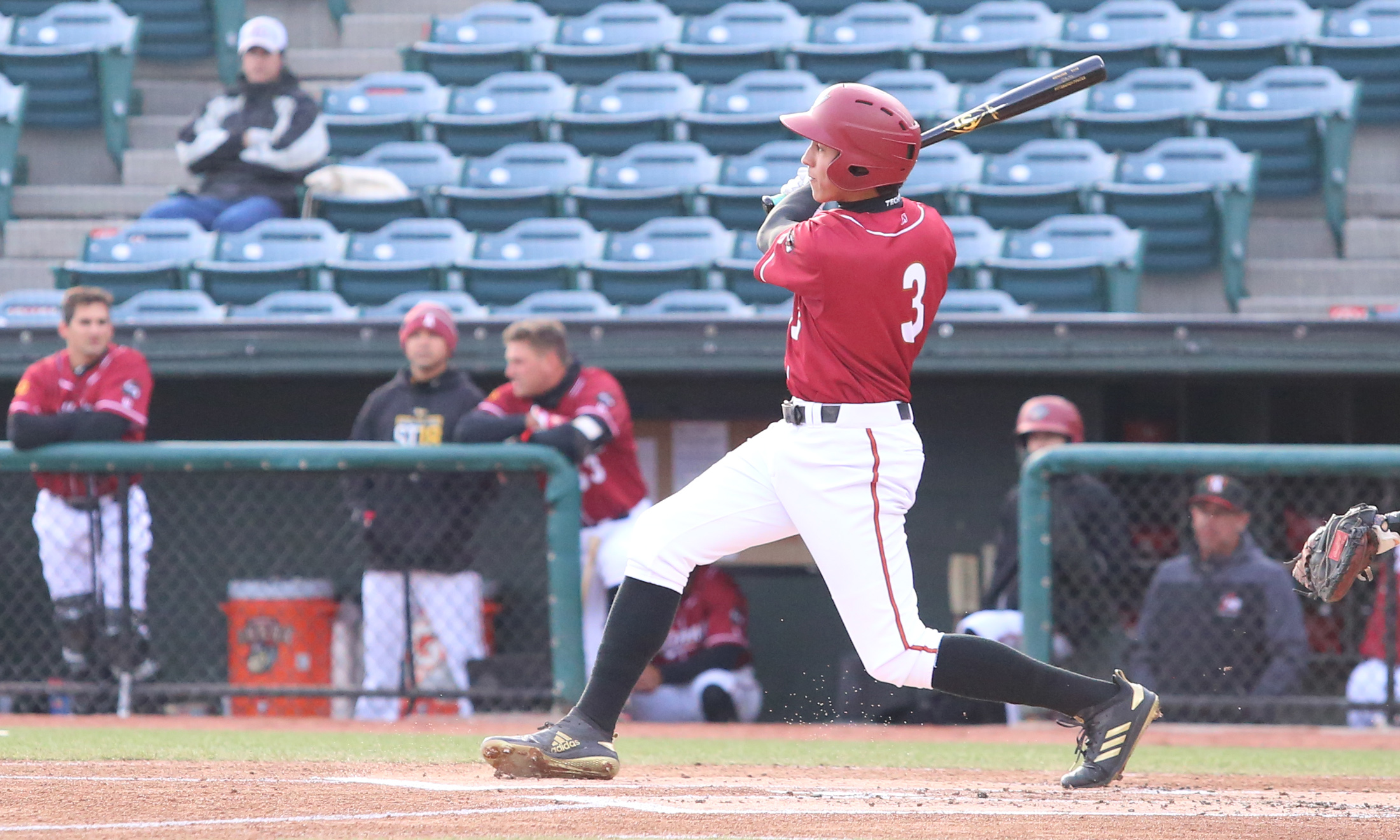 JT Brubaker, who has been the best pitcher in the system over the last five weeks, got the start tonight in a big game, as Indianapolis continues to fight to hold on to a playoff spot. He pitched well, with a couple of defensive blips in the middle. Brubaker allowed two runs (both unearned) over six innings on six hits and two walks. He had four strikeouts, an impressive 12:1 GO/AO ratio and he threw 66 of 103 pitches for strikes. Brubaker now has a 2.95 ERA in 113 innings with Indianapolis.

Damien Magnifico followed and allowed two runs over 1.1 innings for the loss. AJ Schugel, who accepted his outright assignment to Indianapolis yesterday, recorded the final two outs of the eighth inning. Clay Holmes tossed a scoreless ninth on two grounders and a strikeout.

Jacob Stallings went 3-for-4 with his 21st double and a run scored. Kevin Kramer had two hits and a run scored. His .305 average ranks third in the International League. Wyatt Mathisen had a double and drove in two runs. Pablo Reyes stole his 13th base. Jordan Luplow extended his hit streak to 12 games with a single.

Cam Vieaux got the start as Altoona looks to to grab their division title with a week left in the season. He went five innings and allowed three runs on eight hits, though that line came with no walks and eight strikeouts. It’s his highest strikeout game in 15 starts with the Curve. Bret Helton followed and he allowed four runs before he could get out of the sixth inning, then Elvis Escobar had a very impressive Double-A debut. He stranded two inherited runners in the sixth, then went 2.1 shutout innings with five strikeouts. Geoff Hartlieb allowed a run in the ninth.

Cole Tucker led off the bottom of the first with a home run. Exactly 27 outs later, that was still their only run. Tucker also drew a walk. Ke’Bryan Hayes had two singles. Jordan George and Logan Hill hit doubles. Stephen Alemais had a single and his 15th stolen base.

Pedro Vasquez got the start for the Marauders tonight, his fourth since being demoted from Altoona. This was easily his best performance of the four games. He allowed one run over six innings on five hits and two walks, with four strikeouts. Blake Cederlind tossed a scoreless seventh. Ronny Agustin came in for the eighth and retired all six batters he faced, sending the game to extra innings. Jordan Jess faced just two batters in the bottom of the tenth before the game was over.

Brett Pope had a big game on offense, going 3-for-3 with a double and a walk. Hunter Owen reached base three times on a walk, two hit-by-pitches and he also stole two bases. He had just two steals coming into this game. Albert Baur hit his 20th double. Bligh Madris had two hits and drove in the only run.

Oddy Nunez made his fourth start since being demoted from Bradenton. He had a solid performance, allowing two runs on two hits and three walks in six innings. Nunez had four strikeouts, a 9:3 GO/AO ratio and he threw 55 of 94 pitches for strikes. Cam Alldred followed with his Low-A debut and threw two scoreless innings. Beau Sulser handled the ninth for the save.

Calvin Mitchell and Robbie Glendinning each had two singles and drove in two runs. Mitchell added a run scored, while Glendinning also drew a walk. Deon Stafford drove in the other run with his 11th home run of the season. Connor Kaiser had the only other hit, which gave him a nine-game hitting streak. Travis Swaggerty walked and scored a run, but he also went 0-for-3 with two strikeouts, leaving him 9-for-45 with 15 strikeouts since joining West Virginia.

Zach Spears got the start and went 4.2 innings, allowing five runs (four earned) on eight hits and three walks, with three strikeouts. He had a 6:2 GO/AO ratio and threw 41 of 70 pitches for strikes. Miguel Hernandez followed with 4.1 innings, allowing three runs on six hits.

On offense, Zack Kone went 2-for-3 with a single, double, walk, stolen base and two runs scored. The double was his eighth and the steal is his sixth. Brett Kinneman hit his second triple and drove in his 38th run. Mike Gretler drove in runs with an RBI single and a sacrifice fly. Daniel Amaral stole two bases to give him 22 steals.

Colin Selby got the start for Bristol and was strong through six innings, allowing one run on two hits and two walks, with five strikeouts. In 11 starts for Bristol, he put up a 4.15 ERA in 47.2 innings, with 41 strikeouts. Will Kobos followed and allowed one base runner on a solo homer over three innings to get his second save.