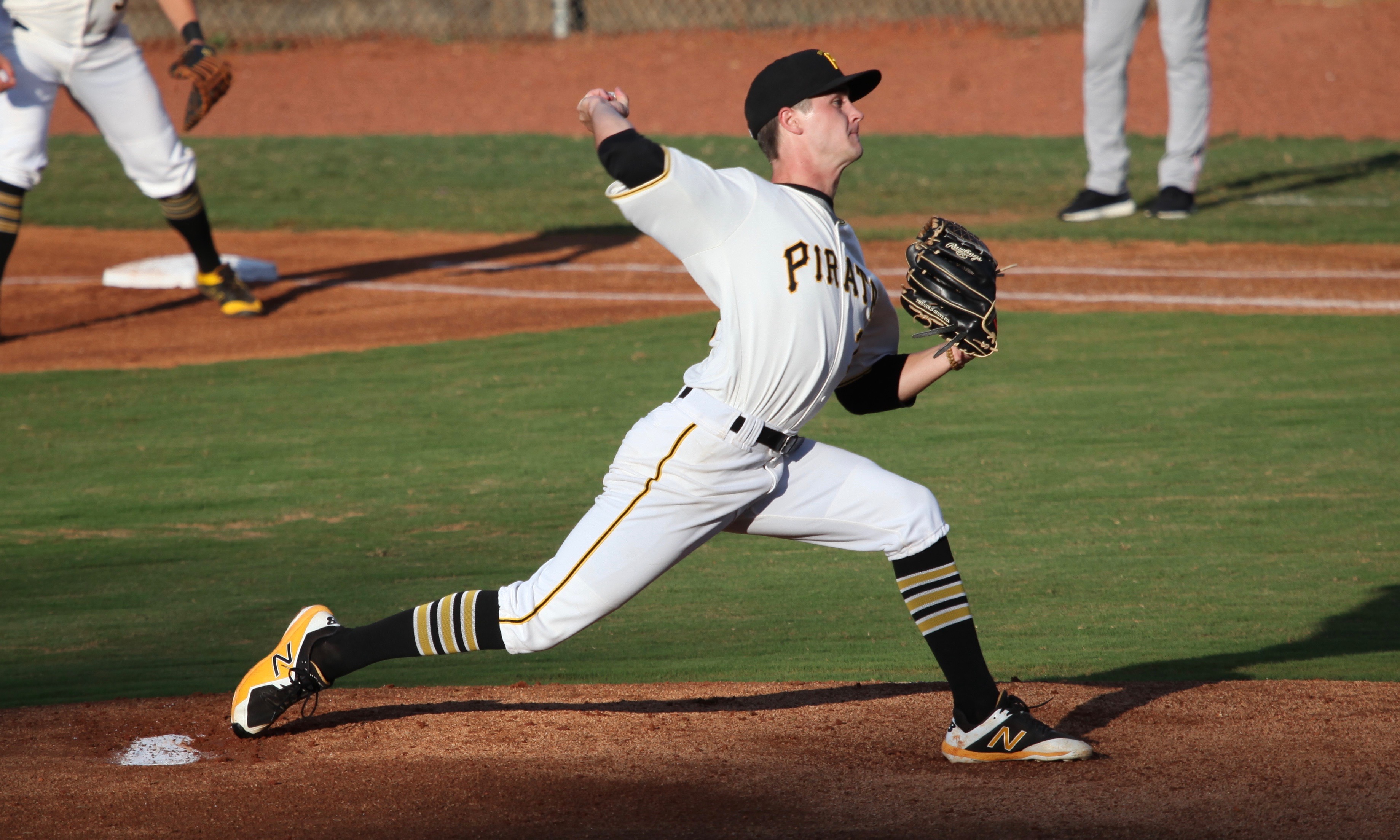 Brandon Waddell got the start tonight, trying to build off of six shutout innings and eight strikeouts in his last game. Things didn’t work out as planned, as a long third inning ended him night early. Waddell allowed just two runs in his 2.2 innings, but the third inning included three walks, two singles and two outs, for a total of 31 pitches in the frame. He was already up to 47 pitches before the inning started due to some long at-bats in the first two innings.

Jesus Liranzo was out next and he recorded the final out of the third, then got hit around in the fourth. Louisville scored five runs with the help of two homers. Nick Burdi pitched on back-to-back days for the first time during his rehab from Tommy John surgery. He threw a shutout inning yesterday and gave up a run on two hits and a walk tonight. Michael Feliz and Buddy Boshers followed with identical lines of one run on two hits, with no walks and two strikeouts over one inning. Dovydas Neverauskas had things fall apart in the eighth (not that they were going well at any point before him). He gave up four runs in the inning, then followed with a scoreless ninth.

Kevin Kramer had two singles and a run scored, giving him a .303 average. Eric Wood hit his first triple of the season. He also had a single and an RBI. Jordan Luplow singled to extend his hit streak to 11 games. With two call-ups to the majors in the middle, that streak actually dates back to June 29th.

Logan Sendelbach got the spot start after the suspension of Luis Escobar last night. Sendelbach threw shutout ball through three innings, then gave up three runs in the fourth. Blake Weiman made his Altoona debut and faced the minimum over 2.2 innings, allowing one hit that was erased on a caught stealing. Sean Keselica came on in the seventh and gave up one run in 1.2 innings. Tate Scioneaux allowed a run in his 1.1 innings, while striking out three batters.

Bryan Reynolds had a single and an RBI double, driving in Cole Tucker with the only run. Reynolds now has a .303 average and 19 doubles. Will Craig hit his 28th double. Ke’Bryan Hayes reached twice on a walk and hit-by-pitch. He stole his tenth base.

Domingo Robles got the start and went seven innings, giving up two runs on five hits and a walk. He had three strikeouts and a 12:5 GO/AO ratio. Robles has given up four runs in 20 innings over his last three starts combined. That’s after allowing nine runs in 3.1 innings in his High-A debut. Jake Brentz allowed a run in the eighth, which was the difference in the game.

The Marauders showed no life at the plate until the ninth inning. They scored their two runs on an Albert Baur single, a Mitchell Tolman double and a two-run single by Jason Delay, but he never advanced any further. Adrian Valerio hit his 24th double. Jared Oliva singled and stole his 33rd base.

Ike Schlabach got the spot start and was solid through six innings. He gave up two runs on five hits and three walks, with five strikeouts. Schlabach tossed 95 pitches (63 strikes) despite not going over 67 pitches in the last month. In fact, he hasn’t reached 80 pitches since June 5th (82 pitches) when he was still making starts somewhat regularly. Ryan Valdes tossed three scoreless frames for the save.

Calvin Mitchell had the big hit in this game, driving in three runs with a two-out double in the second inning. He has 25 doubles this season. Robbie Glendinning had three hits, an RBI and a run scored. Raul Hernandez had a double, RBI and run scored. Lolo Sanchez stole his 29th base of the season. Travis Swaggerty is 5-for-42 with West Virginia after an 0-for-4 night. He has struck out three times in each of his last two games.

Osvaldo Bido got the start and went 6.1 shutout innings, allowing two hits and two walks, with four strikeouts and a 10:1 GO/AO ratio. He allowed six runs over 4.2 innings in his last start, though that followed one run over 12 innings, with 16 strikeouts, in his previous two games. Will Gardner recorded the final two outs in the seventh and threw a scoreless eighth. Conner Loeprich tossed two shutout frames, then gave up the first run of the game in the top of the 11th. After the Black Bears tied it, Loeprich got the win with a scoreless 12th.

Morgantown loaded the bases in the 12th on an intentional walk and a single with no outs. After two outs, Edison Lantigua walked to bring home the designated runner to end the game. Zack Kone had a single, double and a walk. Manny Bejerano had two singles, a walk and a run scored. Ben Bengtson had two hits. Daniel Amaral picked up his eighth outfielder assist.

Steven Jennings got the start, coming off of an outing in which he was knocked out of the game in the third inning. In his previous game, he went seven innings for the first time, and did it with no earned runs. On Monday, Jennings bounced back strong, throwing six shutout innings on three hits and a walk, with four strikeouts and a 9:5 GO/AO ratio. He now has a 4.82 ERA in 65.1 innings. John O’Reilly followed Jennings and retired all nine batters he faced, picking up the win.

The Pirates scored all of their runs in the seventh inning. Mikell Granberry had two hits, a walk and his fifth stolen base. Pat Dorrian had two hits and a run scored. Dean Lockery was 2-for-3 with a walk, RBI and run scored. Jonah Davis reached twice on a single and hit-by-pitch. He also scored a run.