2017 DSL Pirates: A Look Back at the Top Ten Prospects 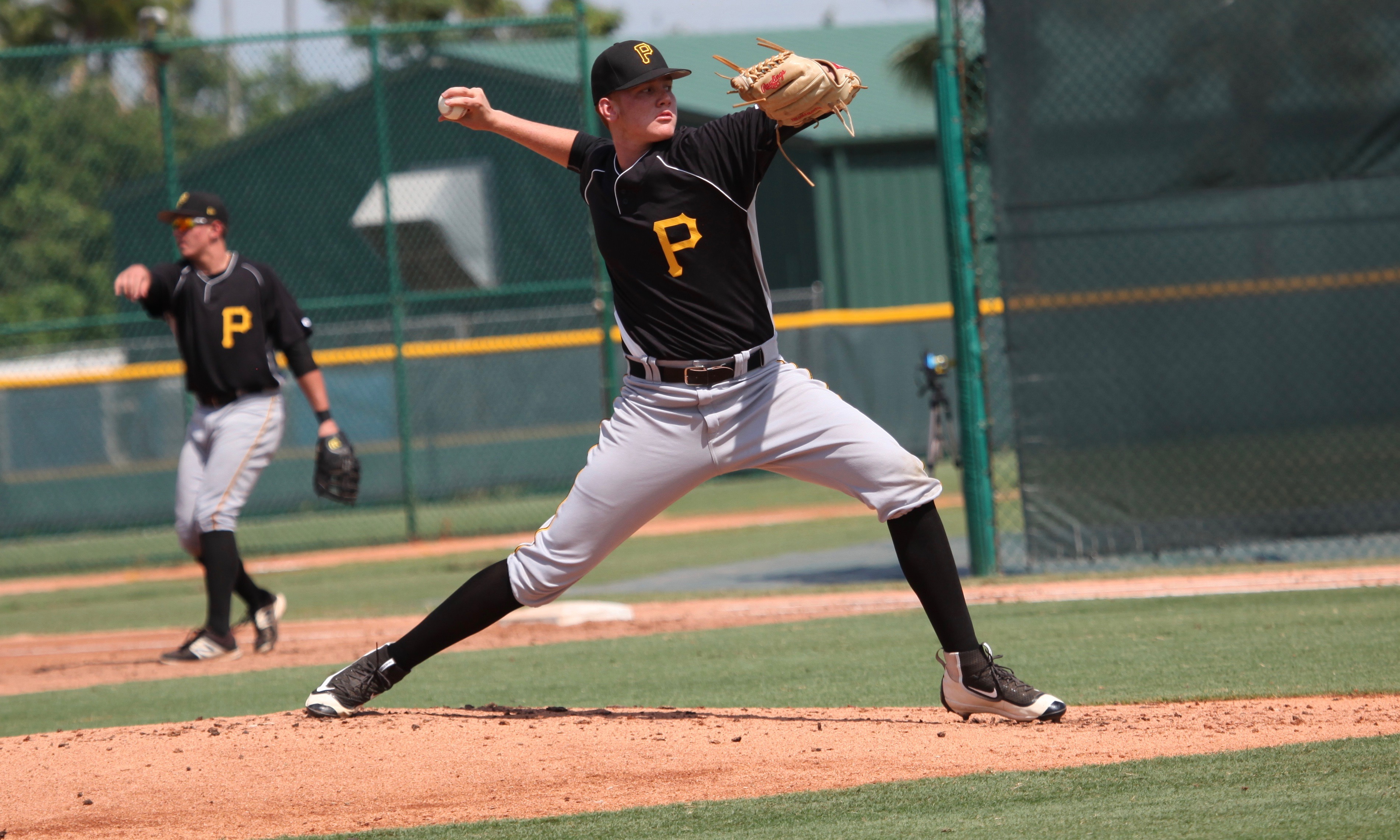 We are in the process of posting our season recaps for each affiliates of the Pittsburgh Pirates. Separate from that article, we are also doing a top ten prospects list for each team. We are now adding a third article for each team. The extra one is a look at the progress of the top ten prospects from the previous season. The GCL list will be posted tomorrow, then starting next week, the “look back at 2017” will immediately follow the recap/top ten for each of the other six affiliates.

We start at the bottom with the Dominican Summer League. We posted the season recap for the DSL Pirates last week, which was followed by the 2018 top ten list. Below is the 2017 DSL Pirates top ten, with comments on the progress of each player since last year. I’ll note that this was a weak group from the start because it was almost all 2016-17 signings and the Pirates had an extremely small bonus pool after finishing with 98 wins in 2015. The strong MLB record gave them the second lowest bonus pool in baseball and not every player they signed on the international side in 2016-17 went to the DSL, with two skipping right to the GCL.

1. Jean Eusebio, OF – Eusebio moved up to the GCL this year, where he was one of the youngest players in the league, turning 18 during the final weekend of the season. He showed some improvements over last year, but overall we didn’t see enough of a step forward to call it a success. He has been young for the league twice now and could be again next year if he moves up to Bristol. He still shows why he was #1 at this point last year, but hasn’t taken that next step towards being a legit top prospect in the system. He ranked #4 on the GCL top ten list this year, trailing three high bonus players signed in 2018.

2. Sherten Apostel, 3B – Apostel was traded away along with Taylor Hearn in the Keone Kela deal. He was hitting well in the Appalachian League, making the jump over the GCL. His defense was ugly in Bristol, which was a carryover from his entire spring down at Pirate City. That part was odd because he worked hard to improve  his defense last year. Before he was traded, we had him ranked in our top 30 prospects.

3. Francisco Acuna, SS – Acuna got off to a bad start in 2018, getting sent back to the Dominican after a discipline issue. That was disappointing because he was coming off of a strong winter showing in Colombia, where he was the starting shortstop and solid hitter in a league full of more experienced players. His stats in the GCL this year were also disappointing, although he still got praise for the tools that got him ranked third on this list last year. It was a minor setback, but he can make up for it during the winter. He didn’t make our GCL top ten list this year, but he did get consideration for the final spot.

4. Samuel Inoa, C – Inoa had a terrific season last year, making huge strides on offense and defense. He would have been rated higher if he didn’t have injury issues and that ended up being a wise decision because the injury bug got him worse in 2018. He looked great when healthy, but that was less than 50% of the entire baseball year (March-Sept). He ranked #7 on our GCL top ten list this year.

5. Noe Toribio, RHP – Toribio had a season much like Eusebio, where he didn’t fall back, didn’t do well, but did just enough to keep his progress moving. Toribio made our top ten GCL list for the same reasons he made this list last year. He has some nice current stuff and more potential. He’s almost exactly a year older than Eusebio, so by next year we hope to see the potential turn to results. He ranked #9 on our GCL top ten list this year.

6. Samuel Reyes, RHP – Reyes was with West Virginia by early June, one year after his pro debut four levels lower. He was a hard-throwing reliever with six pitches when he signed. The Pirates have him down to three pitches now, and at the end of the season, he was in the starting rotation. That’s quite a difference over just one year. It will be interesting to see if he’s left in the starting rotation next year. His fastball plays up better in relief, but if he’s a competent starter, then it’s best to see how far he can take that role. The relief role will always be there in the future.

7. Oliver Garcia, LHP – Garcia was one of the holdovers from the 2016 DSL Pirates and he came back with an excellent season and a much better scouting report. He also filled out a lot, going from a scrawny 18-year-old when he signed, to a pitcher with a strong lower half in 2017. That progress he made last year, led to him jumping to Bristol this year. Things didn’t go so well with him skipping a level. He posted a 7.28 ERA, showing an increase in his walks and a decrease in strikeouts. He’s still a potential prospect, but it wasn’t a successful season.

8. Santiago Florez, RHP – Florez (pictured above) took a huge jump late this year. We rated him #8 last year due to a strong 91-92 MPH sinker that was tough for hitters to square up. He was also one of the youngest pitchers in the league and had a 6’5″ frame with a lot of projection. The reason he wasn’t higher is because the control was awful at times. Florez still has control issues, but he threw a lot more strikes this year and some of that projection turned into reality, as he started hitting 96 MPH regularly. He was ranked #6 on our GCL list, though he has taken a bigger leap forward than that number would indicate. The 2018 GCL top ten list is much better than the 2017 DSL top ten list was back then.

9. Pedro Castillo, OF – This is a strange one to comment on because Castillo showed improvements this year. That’s going by stats and from the people I talked to who saw him both years. He’s just 18 years old and the Pirates paid $170,000 to sign him…yet he was released at the end of the season. I asked around and there were no discipline problems, but it was noted multiple times that all of the players released this year were signed by the previous international group (Rene Gayo) and many of them played well. Castillo should be able to catch on elsewhere.

10. Luis Arrieta, RHP – Arrieta pitched poorly this season in the GCL. His problems stemmed from control issues that he didn’t have last year. At 19 years old, he wasn’t even considered for the GCL top ten list. We mentioned that he relied mostly on one pitch last year and above average control. Without that control this season, he had no shot at success. You can’t completely write him off because of his age and projectable frame, but this was a major step back.

Our notable section from last year had the name Osvaldo Bido. He was there because he threw hard and that’s about it. He was easily the most improved player from this group since last year. He showed control that was completely absent at most times last year and improved his secondary pitches, plus he didn’t sacrifice any velocity to improve his control. Right now, he’s probably the top prospect from this group and he’s up there with Florez and Eusebio for the most potential.