2017 GCL Pirates: A Look Back at the Top Ten Prospects 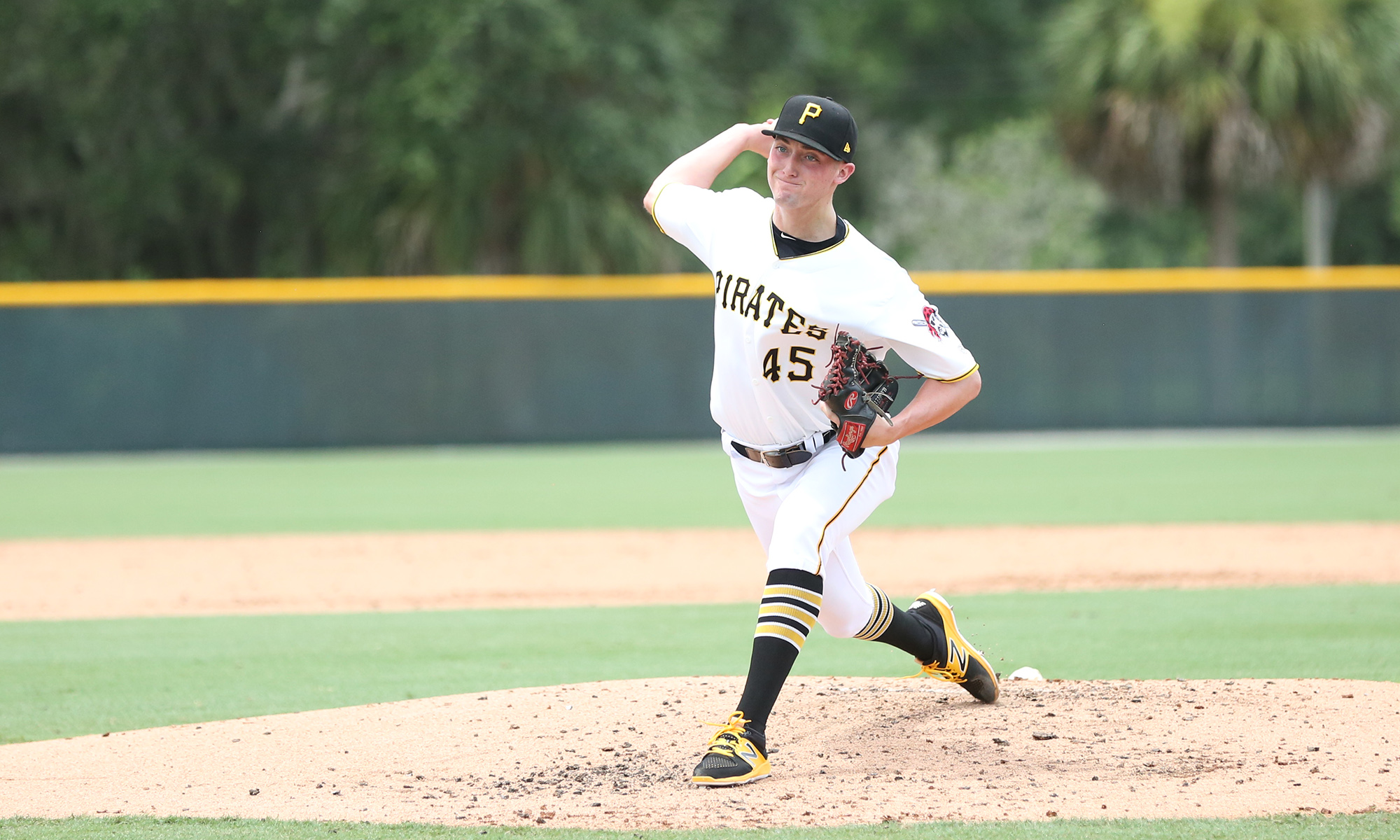 Last year’s GCL top ten was possibly the best we have seen from this team over the years. The Pirates stocked up on high school draft picks and had some interesting players coming over from the Dominican. As a group, they played well last year, but the same can’t be said in 2018. Maybe the Pirates were too aggressive with some of the players, though they did hold others back. They are all still young, so it’s too soon to write any of them off. If you missed it from earlier in the week, we posted the GCL season recap and top ten list.

1. Shane Baz, RHP – Baz was traded away in the Chris Archer deal, but before that happened, his stock was down. The expectation early in Spring Training was that he would end up in West Virginia shortly after the season started. That never happened due to control issues and he ended up in Bristol. Baz didn’t have much success in the Appalachian League, even after he was traded.

2. Lolo Sanchez, CF – Sanchez saw his stock drop as well after a somewhat poor showing in West Virginia. It was an aggressive push, jumping over two levels, and he was young for the league. Those things should just lower expectations, but he ended up .243/.322/.328 in 114 games. The positive is that he wasn’t over-matched in the league. He also has plus speed and strong defense, adding value beyond his bat. So the slash line doesn’t tell the whole story, but it would have been nice to see that OPS about 100 points higher.

3. Calvin Mitchell, OF – Mitchell didn’t disappoint at all while getting an aggressive push. He had a slump mid-season, but started strong and finished well, giving him a .280/.344/.427 slash line in 119 games. Since he doesn’t have much speed, and defense isn’t a strong suit, it was important to see him hit well this season with West Virginia. His stock remained about the same overall for us because we were high on him going into this season.

4. Mason Martin 1B – Martin had a tough time in West Virginia, then got demoted to Bristol and put up power numbers there, albeit with a high strikeout rate. He finished second in the Appalachian League in strikeouts (87) and was first among all Pirates with his 149 total strikeouts on the season. He also finished fifth among Pirates with 14 homers and his .722 OPS was a respectable overall number. His stock definitely took a hit this year, but it’s important to remember that he will still be 19 years old on Opening Day next year.

5. Cody Bolton, RHP – We were high on Bolton after seeing him multiple times in the GCL last year. He made the leap to West Virginia and looked terrific, but a forearm injury that cost him most of the second half, has his stock around the same point it was a year ago. Before the injury, Bolton was on track to make a jump in the rankings. He looked physically stronger, was showing impressive velocity, and his off-speed pitches were better. He actually made the jump that Baz was supposed to make and he earned it by pitching well during Spring Training and Extended Spring Training.

6. Rodolfo Castro, 2B – Castro’s stock remained about the same because there were questions going into this year about whether he would be able to handle the jump to Low-A ball. He doesn’t take many walks and has some swing-and-miss to his game. Starting the year at West Virginia still almost two months shy of his 19th birthday, Castro put up a .231/.278/.395 slash line in 105 games. He showed some power with 35 extra-base hits, which gives you hope that he can have enough value as an infielder with power to overcome a low OBP as he moves up the ladder.

7. Steven Jennings, RHP – Jennings saw his stock remain about the same, which is slightly disappointing, but understandable. He dealt with a rib injury prior to Spring Training, losing off-season training time and getting a slightly late start to his year. His velocity still needs work, but he did show some marginal improvements in the off-speed offerings. It will be interesting to see what he can do with a healthy off-season.

8. Jeremias Portorreal, OF – Portorreal basically had one crazy stretch in 2016 where everything clicked after two years in the DSL and then not much has happened since. He made an adjustment in his setup at the plate and it led to big numbers in the DSL in 2016. Last year, he had a .769 OPS in the GCL, which is well above league average. The downside was that there was an uptick in his strikeouts, which led to some concerns and kept him lower in the top ten rankings last year. There was actually a big separation on this list from Jennings to Portorreal, as you’re talking about someone who was a top 40 prospect (Jennings) at that time, while Portorreal was well out of our top 50. Portorreal had a rough spring and played poorly in limited action in Bristol this season. When you combine that with below average speed and well below average defense, he has very little chance of becoming a top 50 prospect again.

9. Austin Shields, RHP – Shields made this top ten last year with hopes that he could regain his form from Extended Spring Training 2017. He was pitching well and throwing strikes when a very minor arm injury cost him about a week. When he returned to the mound, all of the progress he made was gone. We were receiving reports in early May that he was a potential breakout prospect. By late May and early June, every report was about him having control issues. Those have not gone away and he had an awful season with Bristol this year.

10. Samuel Reyes, RHP – Reyes began last year in the DSL, where we rated him as the #6 prospect. He joined the GCL shortly after the season began and looked impressive as a long reliever. That led to him jumping to West Virginia early this season, where he put up strong stats. By the end of the year, he was in the starting rotation and he finished with six shutout innings. His future is still likely as a reliever, but he is much closer to his big league dreams than he was a year earlier.

In our “Other Notables” category, we had Conner Uselton, who was there because he didn’t have the playing time to qualify for the list. His stock took a major hit this year at Bristol, where he would have had the lowest OPS among all qualified hitters in the league if he wasn’t benched so often for lackluster effort. That caused him to fall nine plate appearances shy of qualifying for league leaders, so his .530 OPS doesn’t show up on that list. The worst hitter in the league had a .535 OPS. Roger Santana showed slightly better velocity in 2018 and an improved changeup that was already considered a solid offering before this season. He made our mid-season top 50 due to his three-pitch mix coming from a 20-year-old lefty. Jacob Webb had a setback this spring after minor elbow surgery ended last year early. When he was healthy, his velocity showed a spike of 3-4 MPH, now occasionally hitting mid-90s and sitting 93-94 MPH.