A Month After the Trade Deadline, the Pirates Acquired Chris Archer 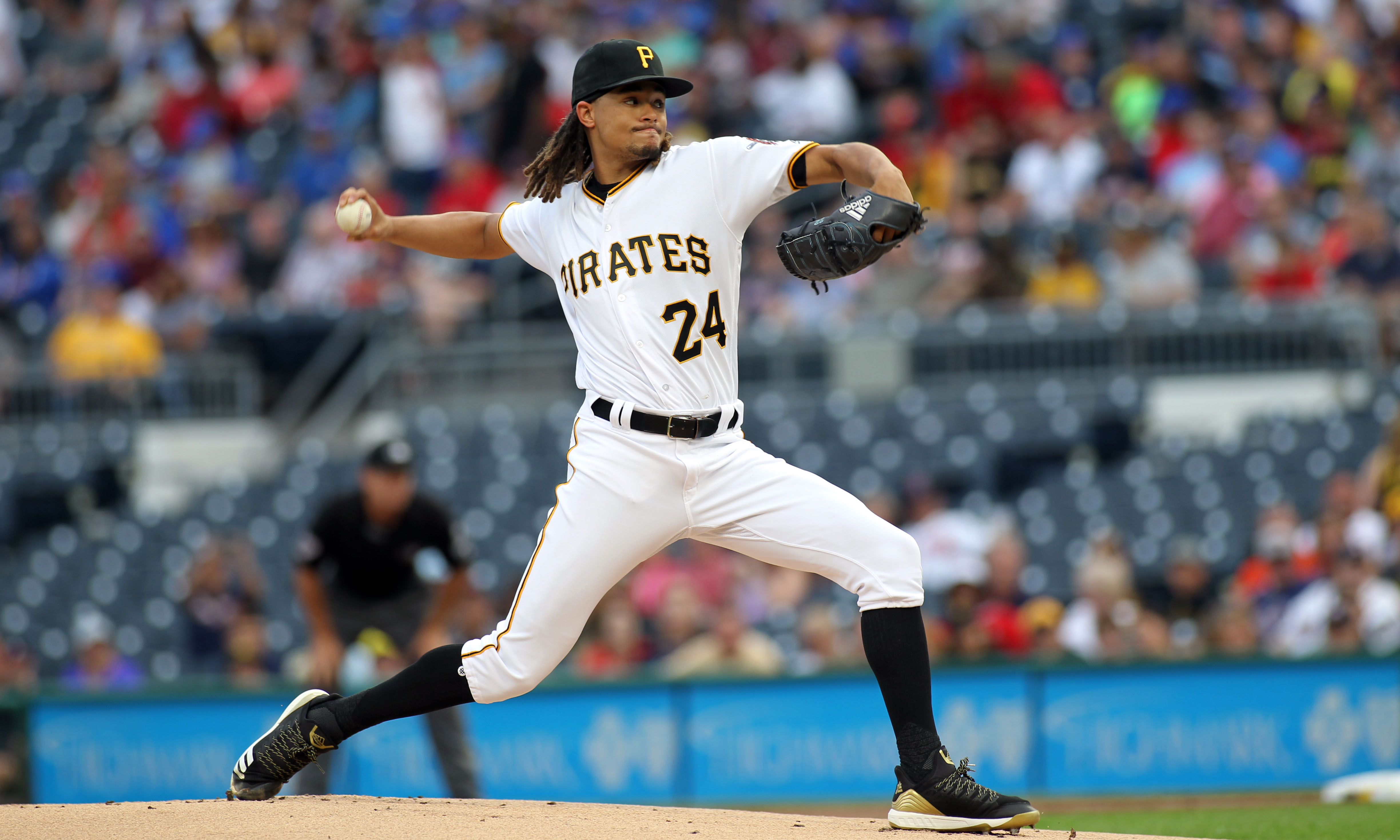 A pitcher with a 2.70 ERA, a 3.19 xFIP, and a 36:9 K/BB ratio over 30 innings of work. That’s definitely what you would want from a starting pitcher who you were expecting to be one of the best on the pitching staff.

The Pirates have gotten that result from Chris Archer, after making a big trade on July 31st that sent Tyler Glasnow, Austin Meadows, and Shane Baz to Tampa. But they didn’t get that result immediately.

It didn’t require a huge leap of the imagination to see Archer putting up better numbers than what he had in August. He had a rough start in April with the Rays, but was solid over the next three months leading up to the trade, putting up a 3.13 ERA and a 3.49 xFIP. But immediately after the trade he started to struggle, raising concerns that the guy the Pirates acquired for the next three and a half years wasn’t going to live up to the price.

Perhaps those fears have been alleviated by Archer’s recent run. Although that’s not a guarantee, since first impressions can be strong and lasting. To display that point, compare the following two pitchers:

Very identical numbers there over a similar sample size. As for the two different pitchers, they’re actually the same guy: Tyler Glasnow. The first set of numbers were his results with the Pirates this year. The second set of numbers are his totals with the Rays.

Despite the similar numbers between the two teams, the general feeling is probably still that the Rays fixed Tyler Glasnow, and that he’s doing much better since the trade. That’s because the first impressions resulting from his dominant first three starts really stick with you, to the point where you ignore the 4.70 ERA and 4.10 xFIP in the seven starts since those outings.

It’s the opposite situation with Archer. His first month with the Pirates wasn’t good, but the month of September has been great. So what changed?

After his start last night, Archer told reporters, including Adam Berry of MLB.com, that he stopped shaking off catcher Francisco Cervelli this month, and has seen better results. Clint Hurdle said that his changeup, which he used more often the last two games, has been a difference maker.

Archer was using the changeup in August at the same rate he has used the pitch in the last two starts, so it’s hard to say that this is a difference between the two months. It is his second best pitch this season, according to OPS against, so the comment about the changeup does hold up.

The slider has been Archer’s most-used pitch this season, and that has been true in both months with the Pirates as well. It’s also easily his best pitch.

There has been a bit of an adjustment with the pitch usage between the two months. First, Archer added a sinker and a curveball to his mix — not with the Pirates, but actually two starts before the trade. He was using the sinker at about a 50/50 split with his four-seam fastball in August, but has been more of a 60/40 split in September in favor of the four-seam.

The curveball was only used 1.4% of the time in August, but has been used 4.6% of the time this month, which actually has taken away from the changeup usage at times.

So there have been some adjustments with the usage of each pitch, and perhaps that is a result of Cervelli’s game calling. But there also have been improvements in the effectiveness of each pitch.

According to Brooks Baseball, Archer has seen improvements in his whiff percentage for all three of his off-speed pitches this month. His slider has gone from 18.4% in August to 21.8% in September. The curveball was at zero in August, and is at 5.9% in September. Meanwhile, the changeup has been at 30.8% this month, up from 11.4% last month, which definitely backs up Hurdle’s comments that the pitch has been a difference maker.

As you could expect, the results have been better for each pitch. The slider was dominant in August, and remains dominant in September, featuring a batting average against of around .170 each month. But the changeup has gone from a .600 BAA to .333, and the curve has gone from 1.000 to .250.

Archer’s four seam fastball has also seen big improvements in this process, going from a .400 BAA in August to a .211 BAA in September. One of his big issues in August was that his BABIP was inflated to .377. He is at .279 in September, which might be a little on the lower side, but which definitely makes sense when you see the average drop for three of his pitches.

This isn’t really out of the norm for Archer. Again, it lines up with his strong run with the Rays from May through July. During that time he had a .230 average against with his four-seam, and a .154 with the changeup (he didn’t throw the curve that much during this time).

It’s also not that much different from his career results. The average on his four-seam has been .280 or less in each of the previous three seasons. The changeup was .340 last year, but .271 or less in the previous three years before that. That pitch also produced his second best whiff percentage to his slider every year since 2013, although the numbers this year have been a career best.

I don’t know how much of this is because of Cervelli’s game calling. That could definitely play a role in the effectiveness of his pitches. But the effectiveness that Archer has shown this month matches what he has shown in the past, both in terms of his overall results and the individual pitch results.

Simply put, the easiest explanation here is that Chris Archer started pitching like Chris Archer again. The guy who pitched so well for Tampa leading into the trade deadline disappeared in August, but appears to be back this month.

So the Pirates did acquire Chris Archer on July 31st. Then they got the real Chris Archer a month later. Hopefully he sticks around for the next three years.