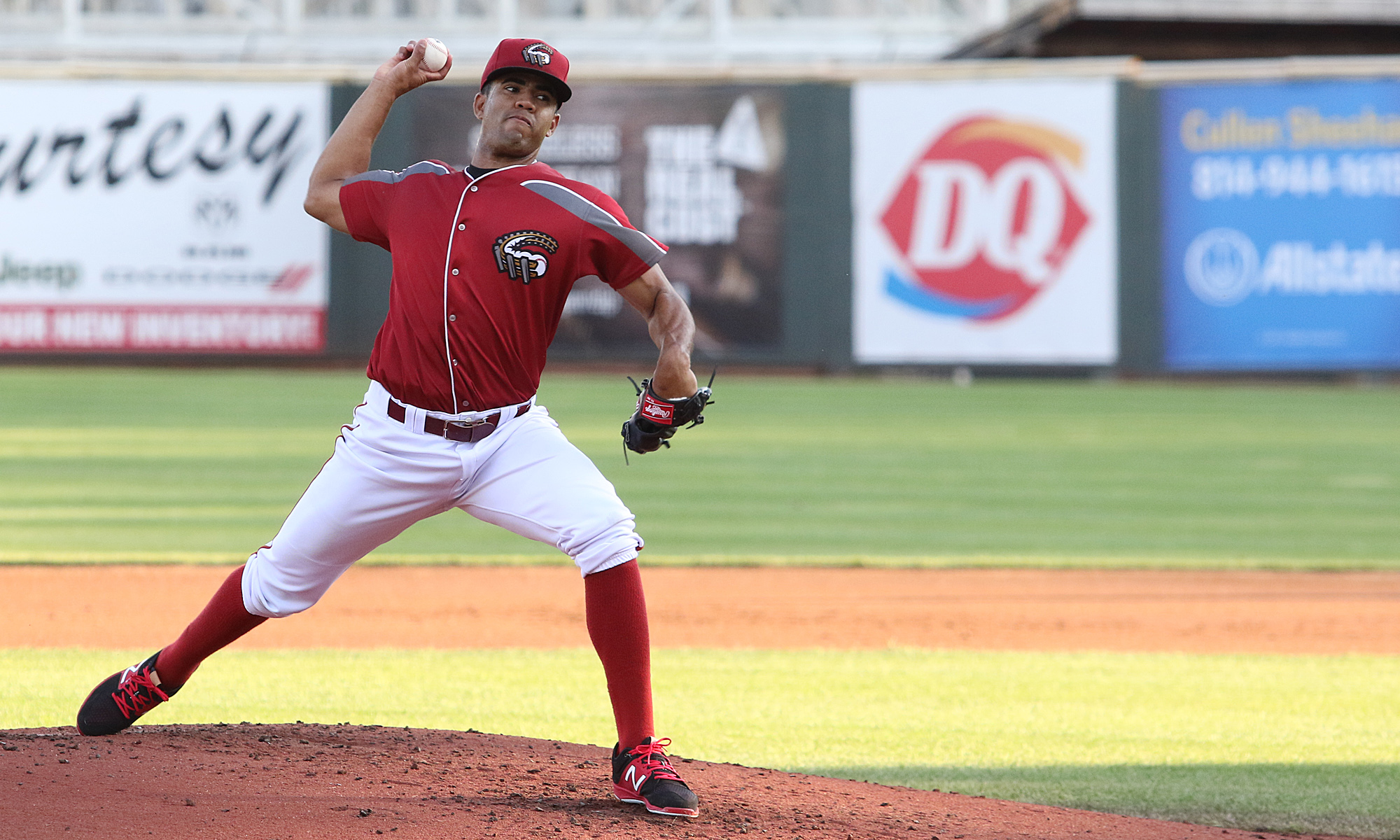 A live discussion doubleheader today, as regular season Major League baseball is followed by minor league postseason ball. The Altoona Curve take on the Akron RubberDucks in game four of their best-of-five series in the first round of the Eastern League playoffs. Akron won the first two games on their home field, then Altoona overcame a 5-0 deficit early to win 8-5 yesterday.

Dario Agrazal will start for Altoona in a must win game. He has thrown 13 shutout innings against Akron this season, though the last time he faced them was back on April 19th. In his last two starts during the regular season, he gave up 15 runs on 23 hits in ten innings. Akron is throwing out Sean Brady, who has faced the Curve five times already this season. He has given up at least three earned runs in all five of those games.

I’ll be adding game notes at the end of each half inning below, which will serve as the Prospect Watch for today.

Here’s the boxscore to follow along. I’ll be watching on MiLB.tv.

Top 1st: Agrazal allows two runs on three hits in the first, including a single by an AL MVP in a Double-A playoff game. Possible bright side is that all three hits were singles. Curve trail 2-0.

Bottom 1st: Curve go down in order on two ground outs and a strikeout. Curve trail 2-0.

Top 2nd. Inning started with an infield single. After an out moved the runner to second, Agrazal issued a walk. That was followed by a ground out and a foul out by Josh Donaldson to end the inning. Curve trail 2-0.

Bottom 2nd:  Jin-De Jhang picks up a one out single, but was quickly erased on a double play. Curve trail 2-0.

Top 3rd: Inning starts with Akron’s fifth hit, all singles. Agrazal struck out the next batter. That was followed by a two-run homer to make it 4-0. Agrazal walked the next two batters, ending his day. Logan Sendelbach is in on relief. After a single and walk made it 5-0, a grounder down the third base line turned into a play of the year candidate. Ke’Bryan Hayes made a diving stop, rolled over third base, then fired a bullet to first base for the inning ending double play. Curve trail 5-0 for the second straight day.

Bottom 3rd: Curve got a one out single from Stephen Alemais, but he was picked off of first base. Alfredo Reyes grounded out to end the inning. Curve trail 5-0.

Top 4th: Now in a heavy rain, Alemais dropped a pop up with two outs to allow a runner, but it did no harm, as the next batter grounded out to end the inning. Curve trail 5-0.

Bottom 4th: Bryan Reynolds doubled down the line with two outs to get a man in scoring position, but Will Craig struck out to end the inning. Curve trail 5-0 and rain has let up a little.

Top 5th: Akron went down in order and Josh Donaldson left the game when the rain got heavy. Sendelbach has settled down after those first two batters reached, though the Hayes highlight really saved it from being worse. Curve trail 5-0.

Bottom 5th: With one out, Logan Hill bloops a single to right center, then Jordan George squeaked one through the infield to put two men on. Alemais was up next and nearly had a third straight hit, but a sliding catch in right-center got the second out. Alfredo Reyes grounded out to end the inning and strand two runners. Curve trail 5-0.

Top 6th: Sean Keselica took over for Sendelbach. He gave up a single, then got some defensive help. A fly out to right-center turned into a double play when Alfredo Reyes, who has a cannon for an arm, doubled off the runner. That was followed by Alemais making a leaping catch on a line drive to end the inning. Curve trail 5-0.

Bottom 6th: Curve go down in order, with Hayes getting some of his own medicine on a diving play by the third baseman. Altoona is getting shutout by a guy they hit around five times this season. Curve trail 5-0.

Top 7th: The top of the seventh started with a ground out, then things got ugly. Three singles, a walk and two more singles, made it an 8-0 game. The last single went about 45 feet down the third base line and died in the wet grass. Keselica left with the bases loaded and one out, handing the ball to Geoff Hartlieb. After a walk, Hartlieb got the final two outs. Curve trail 9-0.

Top 8th: Hartlieb gave up a single and nothing else, sending it to the bottom of the inning with Curve needing a miracle.

Bottom 8th: Ke’Bryan Hayes picks up what should be his last hit in Altoona. Nothing else going on. Curve trail 9-0 with Bret Helton coming on to pitch.

Top  9th: Helton allows a single and plunks a batter on the hand, but nothing new on the scoreboard. Curve coming up only needing nine to tie.

Bottom 9th: Jin-De Jhang finished the series with a .400 average by picking up his third hit of the game. Other three batters all make outs, ending the season for the Curve.

Altoona had nine hits in the game, while they served up 15 hits, six walks and a hit batter. Cole Tucker was 0-for-4. Ke’Bryan Hayes, Bryan Reynolds and Will Craig were all 1-for-4. Reynolds had the only extra-base hit. Alemais went 1-for-3.