Morning Report: The Pirates Have Even More Money to Spend This Offseason 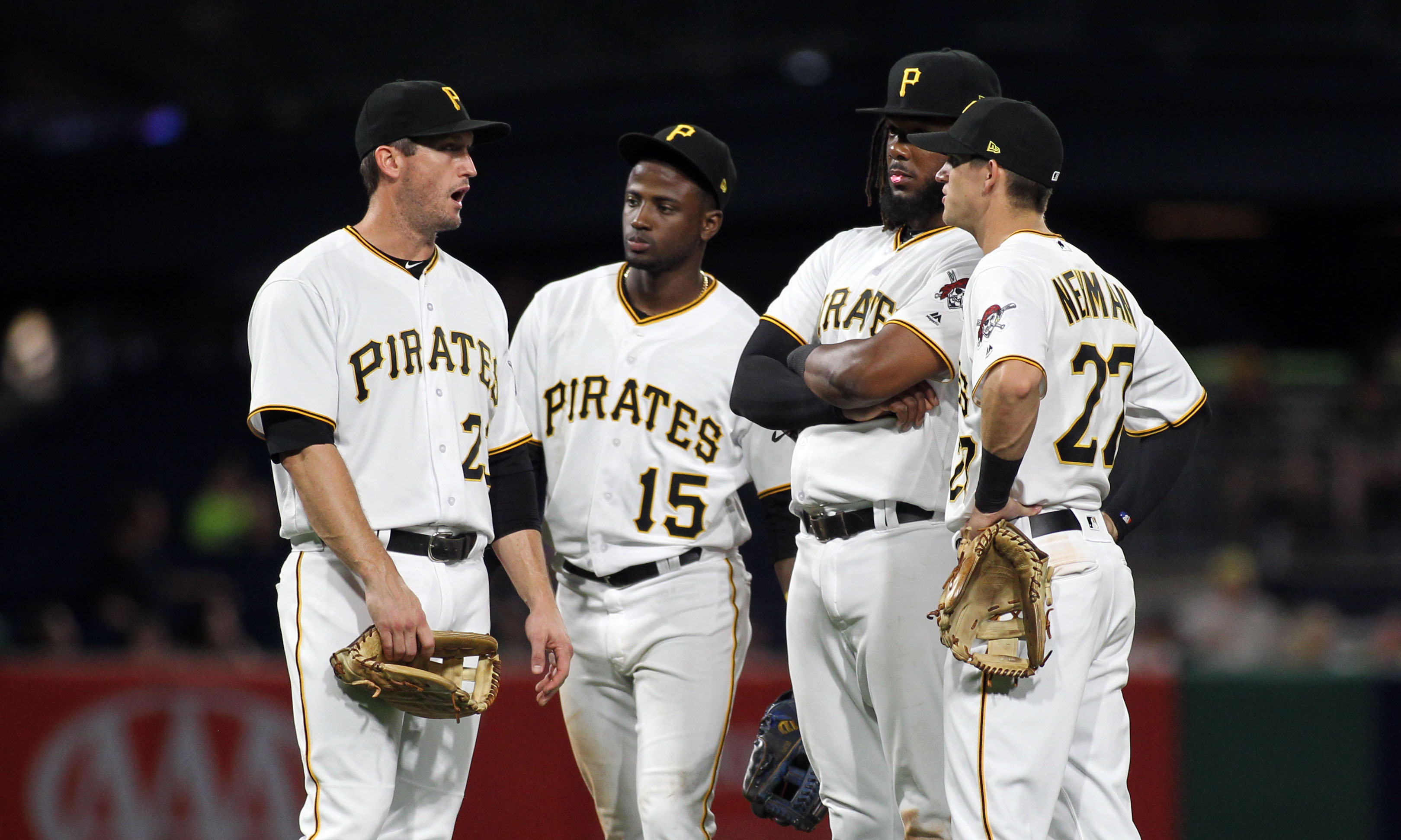 After the trades of David Freese and Adeiny Hechavarria (the latter of which didn’t impact the 2019 payroll), I have the Pirates projected at $72.9 M for 2019 heading into the offseason. That projection assumes that they will buy out the options of Jung Ho Kang and Josh Harrison, along with all expected raises. The buyout for Harrison seems almost certain after Neal Huntington made comments about how the team is looking to plan for the future in September, and looking to move beyond Harrison and Jordy Mercer.

I’m guessing they’ll spend to at least $90 M, and with the TV deal expiring after 2019, they would be wise to spend a little more and try to go for a big season to try and parlay that into a bigger deal.

As for the current season, I have the Pirates at $88,465,790 right now after the trades and the September callups. The callups of the first five guys led to a projected increase of $713,226 for the remainder of the year. That offsets the savings they had this year from the Freese and Hechavarria deals.

The impact to this year’s payroll is minimal, and not really significant on its own. But the Pirates will likely end up around $90 M, which means it wouldn’t be crazy to expect them starting at that level next year, especially since they’ve finished at $90 M or higher in each of the last four seasons.

If that happens, they’ll have some money to spend, with not many places they need to spend it on, which could make things interesting this offseason.

The Pirates are in fourth place in their division, trailing by 14.5 games with 26 games left on the schedule. They trail the second wild card team by 9.5 games.

Indianapolis is a 1/2 game out of first place with two games left in their schedule. They do not own the tiebreaker. They are a in a three-way tie in the wild card race.

Altoona is in first place with a half game lead and two games left in their schedule. They clinched a playoff spot on Sunday.

West Virginia has two games left in their schedule. They are tied for second place in the overall standings and would make the playoffs if they finish second, because Lakewood won both half titles. The Power have a better winning percentage due to Kannapolis (the team they’re tied with) playing four more games, so with just three games left, the two teams can not finish for a tie anymore. Kannapolis held the tie-breaker due to winning the season series.

Today’s Starter and Notes: The Pittsburgh Pirates lost 5-3 to the Atlanta Braves on Saturday night. Nick Kingham will get the start in place of Ivan Nova (family issues/away from team), coming off of his relief appearance on Thursday in which he threw a shutout inning. In his prior outing, he gave up one run over two innings against the Milwaukee Brewers. The Braves will counter with right-hander Julio Teheran, who has a 4.18 ERA in 146.1 innings, with 134 strikeouts and a 1.18 WHIP. He allowed one run over seven innings against the Pirates on August 22nd.

The minor league schedule includes just five teams and two regular season days still remaining. JT Brubaker starts a big game for Indianapolis in their playoff push. He had a 1.01 ERA in 26.2 innings last month. Logan Sendelbach makes his second start in place of the suspended Luis Escobar for the Altoona. West Virginia’s Oddy Nunez has allowed six runs over 24 innings in four starts since being demoted from High-A. Bradenton ends their season today with Pedro Vasquez making the final start. The seasons have ended for Bristol, the GCL and DSL Pirates.

Five former Pittsburgh Pirates players born on this date, plus one transaction of note. On this date in 1972, the Pirates sold pitcher Bob Veale to the Boston Red Sox, ending his 11-year career in Pittsburgh. Veale was actually in AAA at the time of the deal. He didn’t pitch well in 1971 or early in 1972, but at one time he was a dominating pitcher when he was on his game. His 1,652 strikeouts are second in team history and he owns four of the top seven strikeout seasons in franchise history

Gaby Sanchez, first baseman from 2012 until 2014. He had a .722 OPS in 309 games with the Pirates and he was slightly better over five seasons with the Marlins.

Yamid Haad, pinch-hitter for the Pirates on July 5, 1999. Signed as an amateur free agent by the Pirates out of Colombia, Haad was called up after Jason Kendall had his season-ending ankle injury in 1999. He grounded out to third base in his only at-bat. He was called up again later in the season when Keith Osik got hurt, but he never played. Haad made the majors briefly in 2005 with the Giants, his only other big league experience during his 14-year pro career.