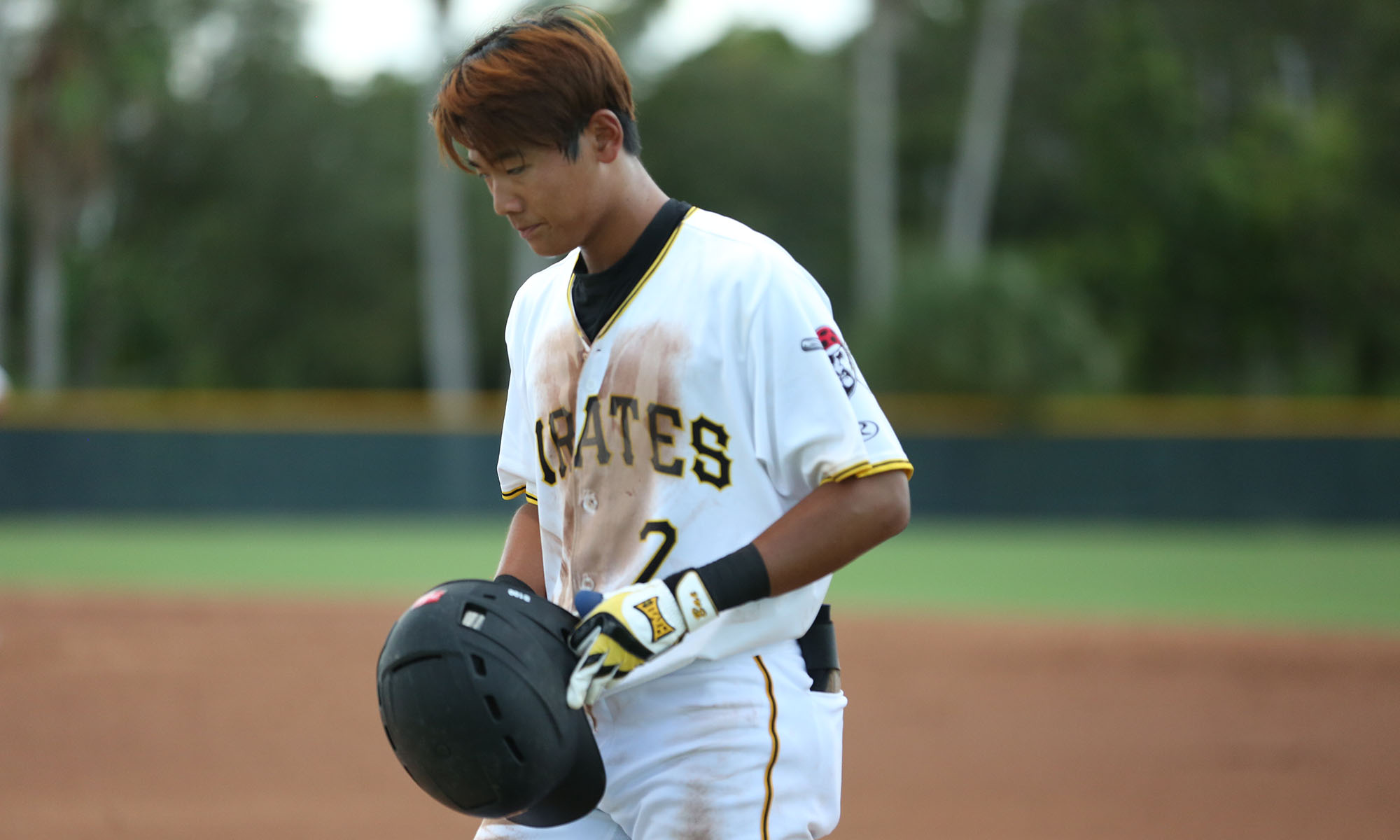 Over the last two weeks I’ve been recapping the best and worst performers from the 2018 Pirates minor league season. I started by looking at five players who stood out this year, and followed up with five players who had a disappointing season.

I held the short-season guys back for this separate article, and a key difference here is the focus on skills and long-term upside over stats. I’m also holding the draft picks for a different article, since that’s more of a “First Impressions” type of article. We’ve seen everyone in this article prior to their 2018 seasons — even Ji-Hwan Bae, who was signed this year, but who got plenty of action in Spring Training and extended Spring Training.

I didn’t include traded players. Sherten Apostel would have been the top guy on the good list, and Shane Baz would have been featured on the bad list. Apostel showed off some good hitting skills and raw power, even if his future at third base was in doubt, especially in this system with Ke’Bryan Hayes and Oneil Cruz ahead of him. Baz was expected to go to West Virginia, but poor control kept him back in Bristol, and that poor control stuck around for most of his season before the trade.

As for the players still in the system, here’s a look at the good and the bad from the short-season prospects.

Osvaldo Bido – Bido made our mid-season top 50, ranking right at number 50 on the original list. That’s typically where we rank someone in the final tier who we want to highlight as a sleeper pick. Bido got that spot because he’s now throwing 93-96 MPH, carrying that velocity late into starts, and showing some additional room for growth in his projectable frame. The velocity was paired with strong control, which was a weakness for him in the past. He also has shown improvements with his cutter. The Pirates moved him right to Morgantown upon jumping to the US, giving him an aggressive push that he handled well. He should make the jump to West Virginia next year, and should remain in the rotation for a full season, which will give a real indication of what type of prospect he could become.

Santiago Florez – Florez is another hard thrower, getting his fastball up to 96 MPH this year in the GCL, and putting up some decent numbers in the process. He does have some control issues, and is very much a project who should spend at least the next year or two in short-season ball. But for perspective, Florez is half a year younger than 2018 prep picks Braxton Ashcraft and Michael Burrows, and already has better stuff and just as much potential. He’s going to be a project going forward, but showed enough in the GCL this year that would make him just as interesting as those two higher-profile guys.

Ji-Hwan Bae – The Pirates signed Bae for $1.25 M prior to the season, making him one of their biggest international amateur signings in club history. He didn’t exactly dominate the GCL with a .711 OPS, but that was mostly due to a lack of power. He showed good contact skills, an ability to get on base at a high rate, a lot of speed, and solid defense on the field at shortstop. Bae has the projection to be a speedy, strong defensive shortstop who could bat at the top of the lineup, and showed those skills this year. It wouldn’t be a surprise if he’s given an aggressive push to West Virginia next year, getting a full season in Low-A.

Steven Jennings – Just because a player is on the disappointment list doesn’t mean it’s entirely his fault. In this case, you could argue that Jennings had a disappointing year for reasons that weren’t of his own control. Last year’s second round pick had a broken rib prior to the season, leading to him showing up in camp with a lot of weight loss. He was always destined to go to Bristol, but his stuff wasn’t the same before he arrived there, and he posted a 4.82 ERA in 65.1 innings during his time at the level. We typically focus on stuff more than results for the lower level guys, but this was a case where the stuff matched the results. The hope is that he will see improvements in both areas the further he is removed from the injury, especially with an upcoming offseason where he can get back on track physically.

Conner Uselton – The Pirates took Uselton with a second round pick in 2017, but he almost immediately tore his hamstring, ending his pro debut and possibly impacting his placement in 2018. While fellow second rounder Calvin Mitchell went to West Virginia, Uselton remained in short-season ball, going to Bristol, which is a lower assignment than normal for a highly drafted prep pick. He also didn’t fare well at the level, hitting for just a .530 OPS. While we don’t focus primarily on stats at that level, the skills didn’t show much more. He appears to have lost some speed after the hamstring injury, and his raw power potential didn’t show up often, with only three extra base hits in 160 at-bats. Uselton is still a project, but he’s more of a project than you’d expect from a second rounder, and you wonder how things would have gone without the hamstring tear.