AFL Recap: Solid Day at the Plate for Cole Tucker 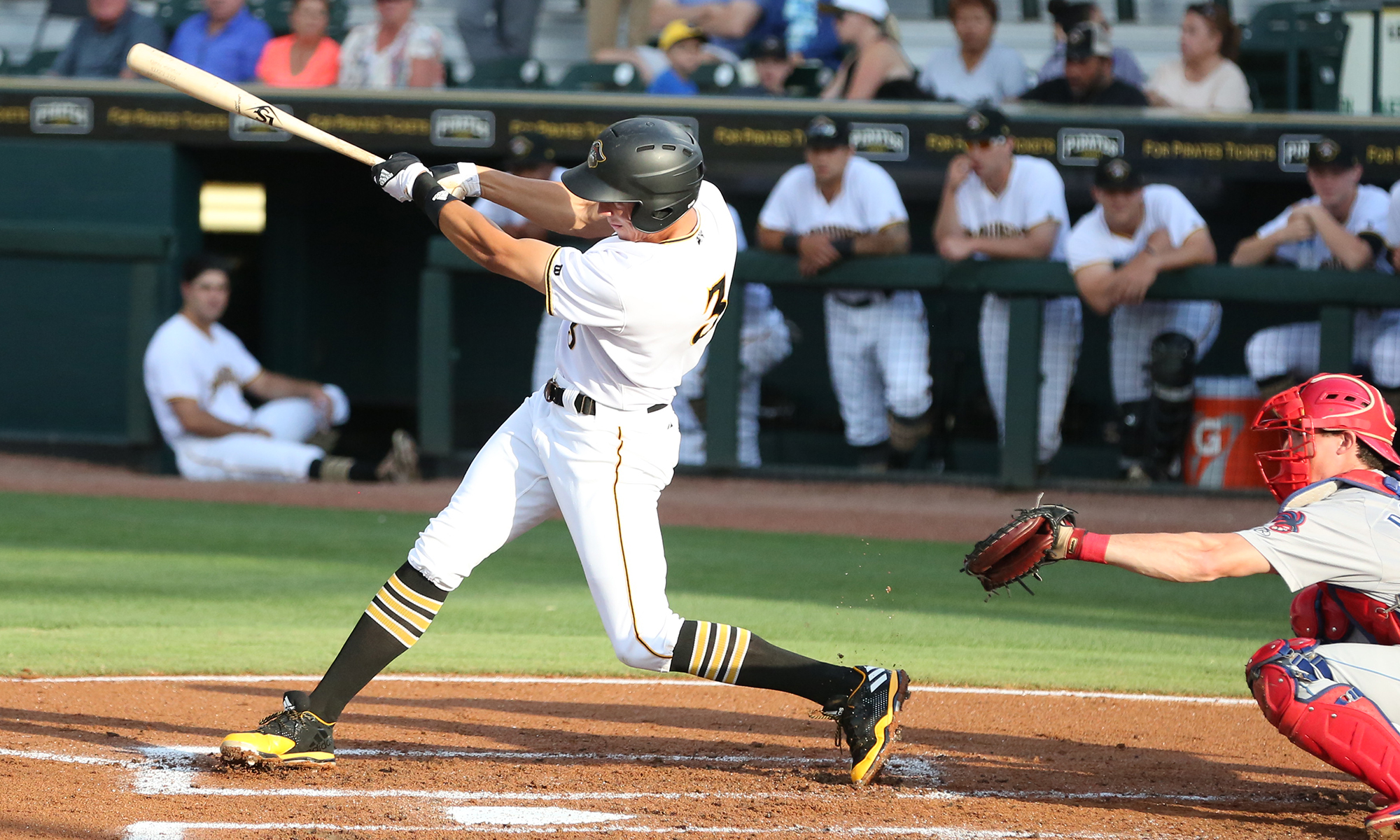 The Surprise Saguaros took on Scottsdale on Saturday afternoon. The Saguaros came into the game with a 5-4 record, which had them a game back in the division. Will Craig was in the lineup batting cleanup, while Cole Tucker was in the unfamiliar fifth spot in the order. Two other Pirates would get into the game later, as Scottsdale won 9-7 in 11 innings.

Craig was hit by a pitch in the first inning, then came around to score on a double by Tucker. Craig struck out in the third inning, then again in the fifth. For the third straight at-bat, Craig ended an inning, this time on a fly out to center field in the seventh. He popped out to the catcher in the ninth. He struck out for a third time in the 11th inning. Craig went 0-for-5 with a HBP and run scored. He’s now 6-for-26 (.231) in seven games.

Tucker gave Surprise a lead in the first with a two-run opposite field double. He flew out to left field to start the fourth inning. He flew out deep to left-center in the sixth inning. Tucker walked to start the eighth inning. He moved to second base after a hit-by-pitch, then he stole third base. His fifth steal in five attempts this AFL season. Tucker then scored the go-ahead run on a sacrifice fly. After Surprise went down a run in the top of the ninth, Tucker hit an RBI single to tie the game back up and send it to extra innings. He grounded out in the 11th, which ended the game. He’s 8-for-26 (.308) in six games.

Matt Eckelman came in to pitch the sixth inning. He got things started with a ground out to second base. That was followed by a line drive single to right field. A grounder got through the right side for another single, although both runners moved up a base on the throw in from right field. He gave up an RBI ground out to shortstop, then the third out was on a ball hit back to Eckelman. Just like his last outing earlier this week, he was sitting 94 MPH with the fastball, while the slider was a little harder, hitting 83 MPH, after sitting 80-81 last time.

In the seventh, Eckelman walked the lead-off batter. A ground ball single put runners on the corners with no outs. That was followed by a hard grounder to first base for a single. Will Craig made a nice diving stop on the play, but couldn’t record any outs and a run scored. That was the end for Eckelman, who failed to record an out and left two runners on base, with a 4-3 lead. One of those runners scored, but it was an unearned run due to a passed ball.

Geoff Hartlieb pitched in the tenth and allowed an unearned run (the designated runner in extra innings). He gave up a single and a walk, before ending the inning on a 6-3 double play (Tucker to Craig). Hartlieb was sitting 97-98 MPH, after sitting 98-99 and hitting 100 MPH earlier this week.

Hartlieb stayed on for the 11th inning and struck out the first batter. A single scored the designated runner. That was followed by a pop up to second base, then another single. A third single scored the second run of the inning, though the batter was thrown out at second base on the play, ending the frame. The first run of the inning was unearned. Hartlieb took the loss.

Surprise has off tomorrow. They play Monday afternoon (3:35 PM EST) at home against Salt River.