Aside From Mitch Keller and Cole Tucker, Who Will Be Protected From the Rule 5 Draft Tomorrow? 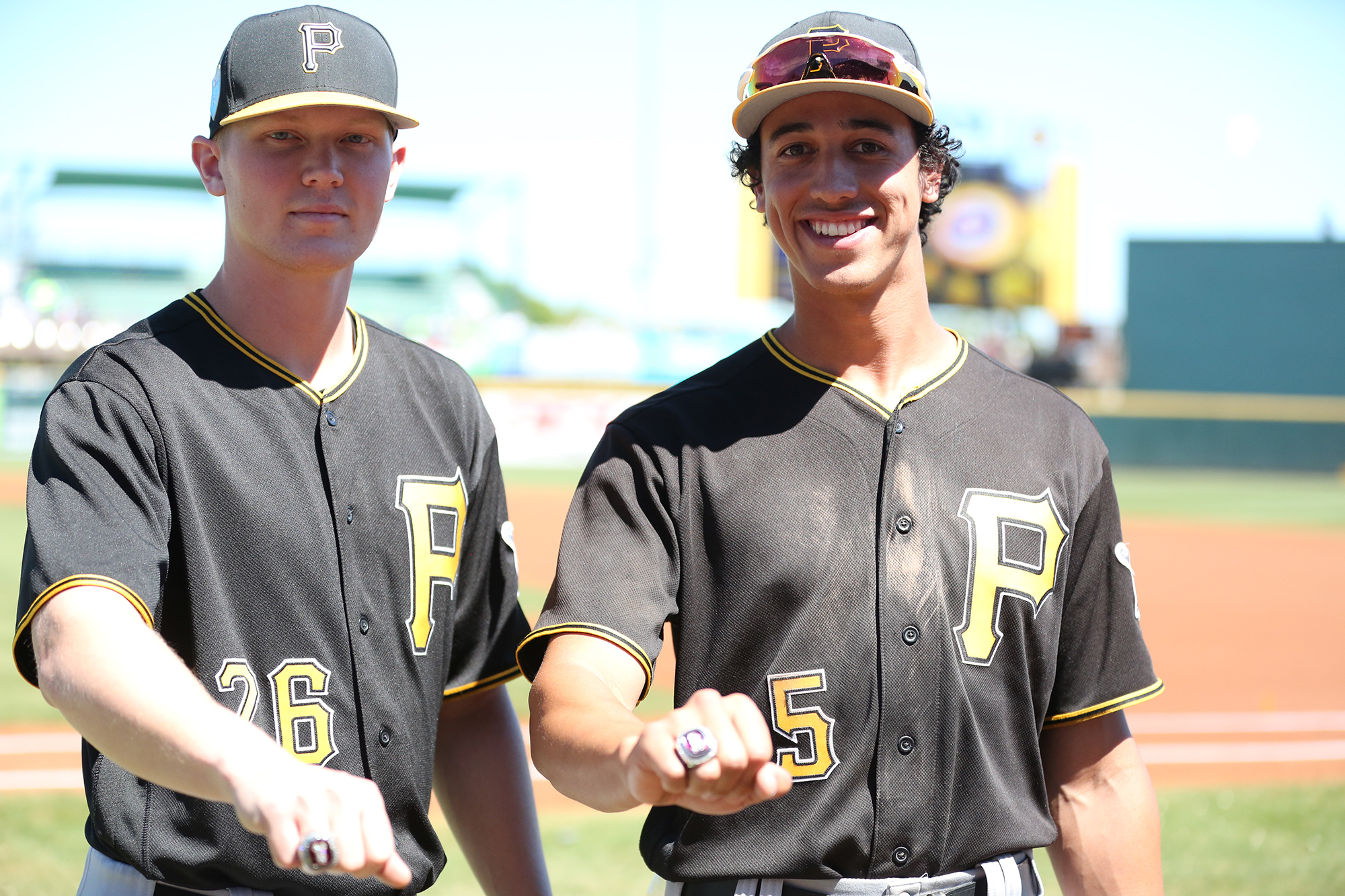 Tomorrow is the deadline for teams to protect players from the 2019 Rule 5 draft. Teams have to add draft eligible players to their 40-man roster in order to prevent those players from being selected in the Rule 5 draft in December.

Any draft eligible prospect who is left unprotected after tomorrow will be available to be selected by any team in the Rule 5 draft, and can’t be added to a 40-man roster the rest of the offseason.

If a team selects a player, they must keep that player on their active MLB roster, or on the MLB disabled list, all season. If a player is not kept on the active roster all season, he must be placed on waivers, and if he clears waivers, has to be offered back to his original team for half of the Rule 5 cost. If another team selects him on waivers, they are bound to the same Rule 5 restrictions.

A player must be active for 90 days in order to fulfill the Rule 5 requirements. If a player is not on the active roster for 90 days, the drafting team must keep the player on the active roster the following season until he reaches 90 days. This happened with the Pirates and Nick Burdi this past year. Burdi was only active in the majors in September, which means if the Pirates want to keep him, they need to have him in the majors for the first two months of the 2019 season. The fact that they will technically already have one Rule 5 player on the roster might make it less likely that they would select someone else in December.

For the Pirates, this includes two of their top prospects — Mitch Keller and Cole Tucker — who were both drafted out of high school in 2014. Both will be protected by being added to the 40-man roster tomorrow. The Pirates already protected a lot of their first time eligible guys, adding players such as Kevin Newman and Kevin Kramer to the 40-man roster during the 2018 season. So they don’t have many decisions tomorrow. As for the rest of the eligible players, here are the groups for the Pirates, along with analysis on who might be protected tomorrow.

Analysis: I’d say the one player who stands out here is Tyler Eppler, but the Pirates have left him unprotected before and he didn’t get picked. Eppler did improve his stuff this year, showing better command of his cutter. He looks like a reliever in the majors who can go multiple innings, or be a spot starter (though there are several options ahead of him in that role for the Pirates). They could leave him unprotected again and risk that he doesn’t get selected or protected. They have some depth in the upper levels when it comes to Eppler’s projected role, so losing him wouldn’t be a big hit to the system.

Two interesting names on this list are Eduardo Vera and Adrian Valerio, although both are too low in the minors to be at risk of being selected. Valerio has smooth defense at shortstop, but has been inconsistent with his hitting, and is coming off a down year offensively in Bradenton. Vera moved up to Altoona this year, but it seems unlikely that he would be selected, as he was just a free agent. Any team that might have wanted him in the Rule 5 draft could have given him an MLB deal with options, rather than the Rule 5 process where he needs to be in the majors all year.

In Our Mid-Season Top 50

Analysis: Mitch Keller and Cole Tucker will absolutely be protected. I could also see the Pirates protecting Jason Martin and JT Brubaker. The Pirates have a bit of outfield depth in the upper levels, and Martin makes up half of that depth, pairing with Bryan Reynolds. I’d be surprised if the Pirates left him unprotected, especially when it’s less than a year after he was acquired for Gerrit Cole.

Brubaker has emerged as a strong bullpen candidate, with a fastball that sits in the upper 90s, and improved secondary stuff, including a new cutter that helped him in a big way in the second half. He also has the chance to be a starter. It’s possible that the Pirates could leave him unprotected, similar to what they did with Eppler last year, and similar to what I project them doing with Eppler this year. In this case, Brubaker rates higher due to having better stuff, which makes him a bigger risk of being selected. On the flip side, he is a bigger candidate to help the Pirates in 2019, so protecting him wouldn’t be a waste of a roster spot.

There are some other interesting guys on this list, such as Christian Kelley, Brandon Waddell, and James Marvel. I think Kelley could eventually be a defensive backup catcher in the majors. Waddell and Marvel could be middle relievers. However, none of these guys would be at risk of being selected in the Rule 5 draft this year.

Analysis: There are no players in this group who are at risk of being taken in the Rule 5 draft.