Fangraphs Has a New Top Prospect for the Pirates 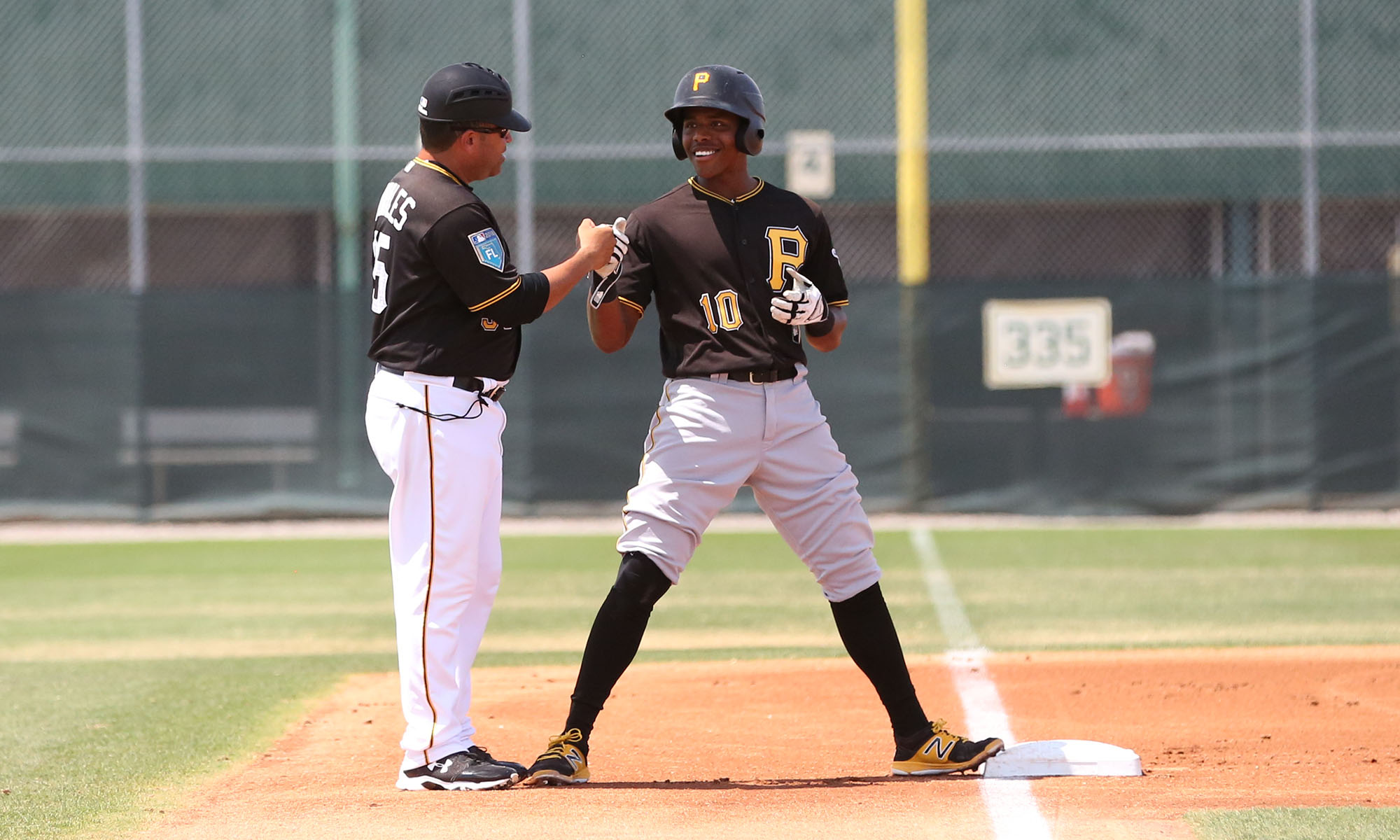 On Monday, Fangraphs posted their list of the top 35 prospects for the Pittsburgh Pirates. The list was compiled by Kiley McDaniel and Eric Longenhagen.

Right away you’ll note that Ke’Bryan Hayes is the new top prospect in the system. That’s not completely surprising because he had a terrific season at Altoona this year, while Mitch Keller struggled a bit during his debut in Indianapolis, before finishing the season off strong. Most other sources have Keller as one of the top 20 prospects in the game, while Hayes is one of the top 50, so there isn’t a huge difference between the two players.

The rest of the top ten has no surprises until you get to #10, where they have Pablo Reyes. That’s going to be higher than most other sources I’d imagine, as many didn’t have him top 30 at the mid-point this year. The report on Reyes says that he’s fringey at second base and fine at third base and corner outfield. I would say second base is his best spot, while third base would probably be next and he’s still learning in the outfield. We saw some nice plays from him during his brief time in Pittsburgh, but he ran some rough routes during his last two years in the minors and didn’t always get the best jumps. As long as he keeps moving around, his defense won’t really stand out anywhere due to lack of reps consistently at one spot.

They are also very high on Jared Oliva at #11 and newly-acquired Tahnaj Thomas at #12, who is ahead of 2018 second round pick Braxton Ashcraft on their list. No one else really stands out as being highly rated among players in the U.S., but there are some major differences from other lists elsewhere.

Fangraphs does things a little different than our prospect list. We don’t include players who haven’t made the jump to the U.S. yet. We stopped including those players after realizing that one of the biggest unknowns with those players is how they will handle playing in a different country for half of the year for the first time. Also, the scouting reports for players who haven’t played in the DSL yet can be very unreliable and change drastically, even more than you see with high school players in the U.S. prior to the draft. Since Fangraphs seems to favor looking at upside over risk, then it makes sense that they would include the younger players as well because they are all about upside at this point.

The reason I mention that is because you will see players on their list who won’t appear on ours for the next 1-2 years. They have Juan Pie ranked 19th in the system and while he won’t be eligible for our Prospect Guide being released next month, he was our top prospect from the two DSL Pirates teams this year.

They also have Osvaldo Gavilan ranked #35 and we most likely won’t see him in our rankings until the 2020 mid-season report. He is the top signing for the Pirates during this current International signing period and his $700,000 bonus likely won’t be topped before the June 15th deadline because the Pirates appear to be near the end of their allotted bonus pool.

As a side note, the Pirates voided the contract of Lidio Belizaire yesterday after he pitched for them during the Dominican Fall Instructional League. While nothing was announced or will be announced about it in the future, usually voided deals are identity issues. Our international signing tracker has been updated.

Fangraphs also included a lot of “players of note” and most would fit the category of players we don’t rank yet. You can read some brief reports on those players, as well as extended reports on their top 35 players, in the link at the top. I’d point out that some of the top/sits speeds for pitchers are low, such as JT Brubaker, Braeden Ogle and Max Kranick (sits speed, but he does top out at 96 MPH).

Kranick is also listed as a two-pitch pitcher (fastball/slider), but he has always thrown a curve and he was using his changeup extensively during Fall Instructs this year. There were games this year where he would be working on his slider, which is a new pitch he added last fall, so it may have appeared that he had just two pitches, but that is not the case.

Also, Cody Bolton didn’t have any shoulder issues like they mentioned. He had a right forearm strain, which received treatment (PRP injection) in August, followed by rest and rehab.

Finally, they have Jonah Davis listed as a LF/DH-type and that goes against every report I got from Bristol this year, where he was the regular center fielder. He might not be able to stick in CF as he gets older, but that would make him a strong corner outfielder and far from a DH type.