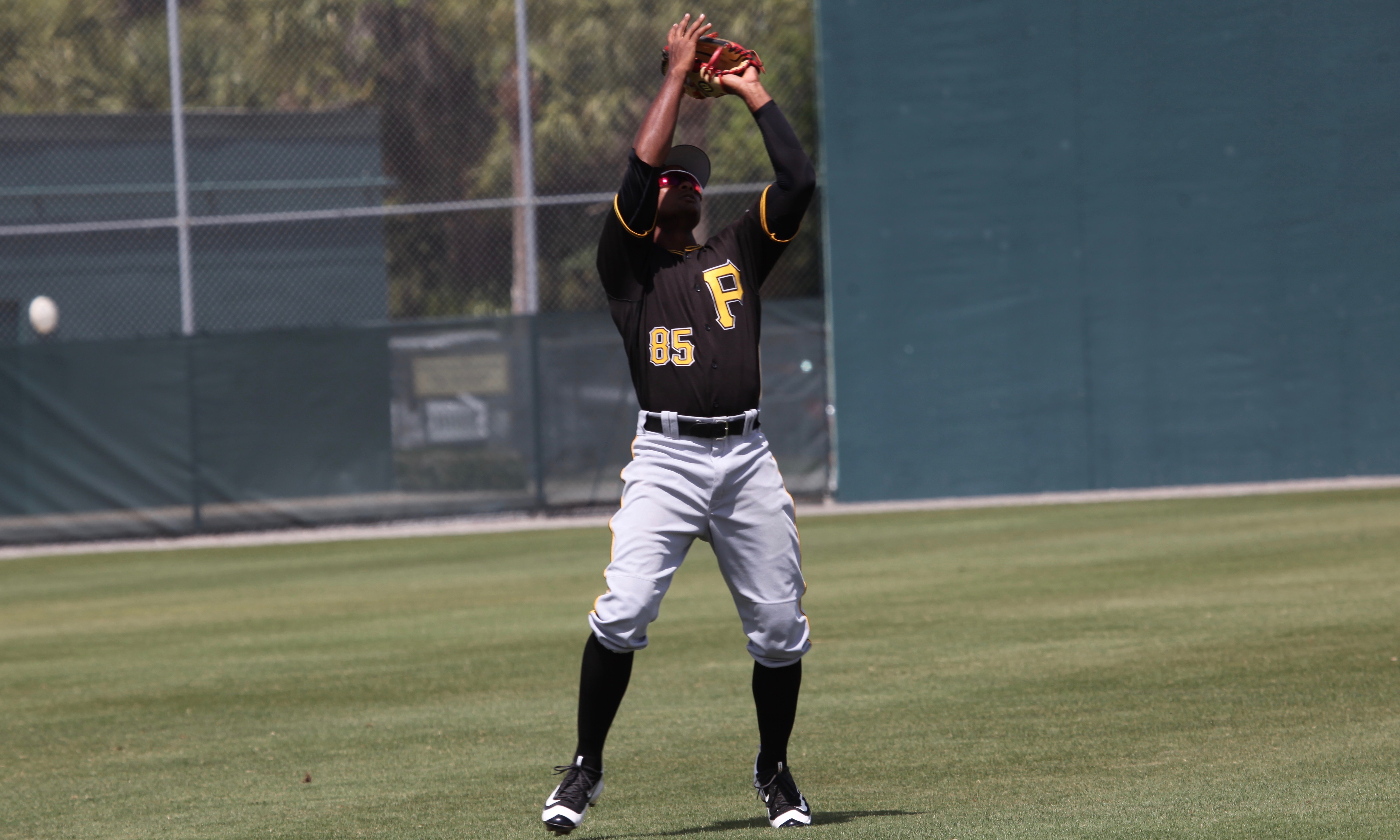 In the Dominican on Sunday, Erik Gonzalez went 2-for-4 with two singles. He made his fourth straight start at shortstop after mostly playing third base before the Pirates acquired him. Gonzalez picked up his fourth steal, though he was also caught stealing for the first time. He is now hitting .281/.299/.328 through 16 games.

Pablo Reyes played shortstop and went 1-for-2 with a single and two walks, but he left for a defensive replacement after grounding out to shortstop in the top of the fifth. There was no word from the team about why he left early, but if he’s out for more than a few days, I will check in on him. Reyes has a .241 average through 25 games, with 14 walks, two doubles, a triple and a home run.

In Puerto Rico, Jerrick Suiter had his third straight 1-for-3 game on Sunday. Through his first four games, he is 3-for-13 with three singles and two walks. He has played first base in three of those contests.

From Colombia on Saturday night, Edgar Barrios started at shortstop and went 2-for-3 with two RBIs and a walk. His team had their game rained out on Sunday. He is now hitting .316/.391/.316 in his first ten games.

Barrios and Francisco Acuna appear to be splitting shortstop recently, ever since a former Pirate player joined the league. Edgar Munoz, who made it up to Bristol during his four seasons with the Pirates, has been at second base every day since joining the Toros. He began this winter in Mexico, but recently joined the league in Colombia. It’s possible that he doesn’t stay in the league long because he’s from Panama and has always played in their winter league, which starts later than all of the others. Before Munoz joined the league, the two 18-year-old middle infielders (Barrios and Acuna) were the double play combo for the Toros.

Robbie Glendinning wasn’t around for the first week of the Australian Baseball League. I talked to him last night and he said that he will be joining the Perth Heat during the first week of play in December. As of right now, he is the only player from the Pirates who will take part in the league. Once he is there, he will be part of an infield that includes former Pirates prospects Tristan Gray and Sam Kennelly.