A Look at Some of the More Interesting Non-Tendered Players 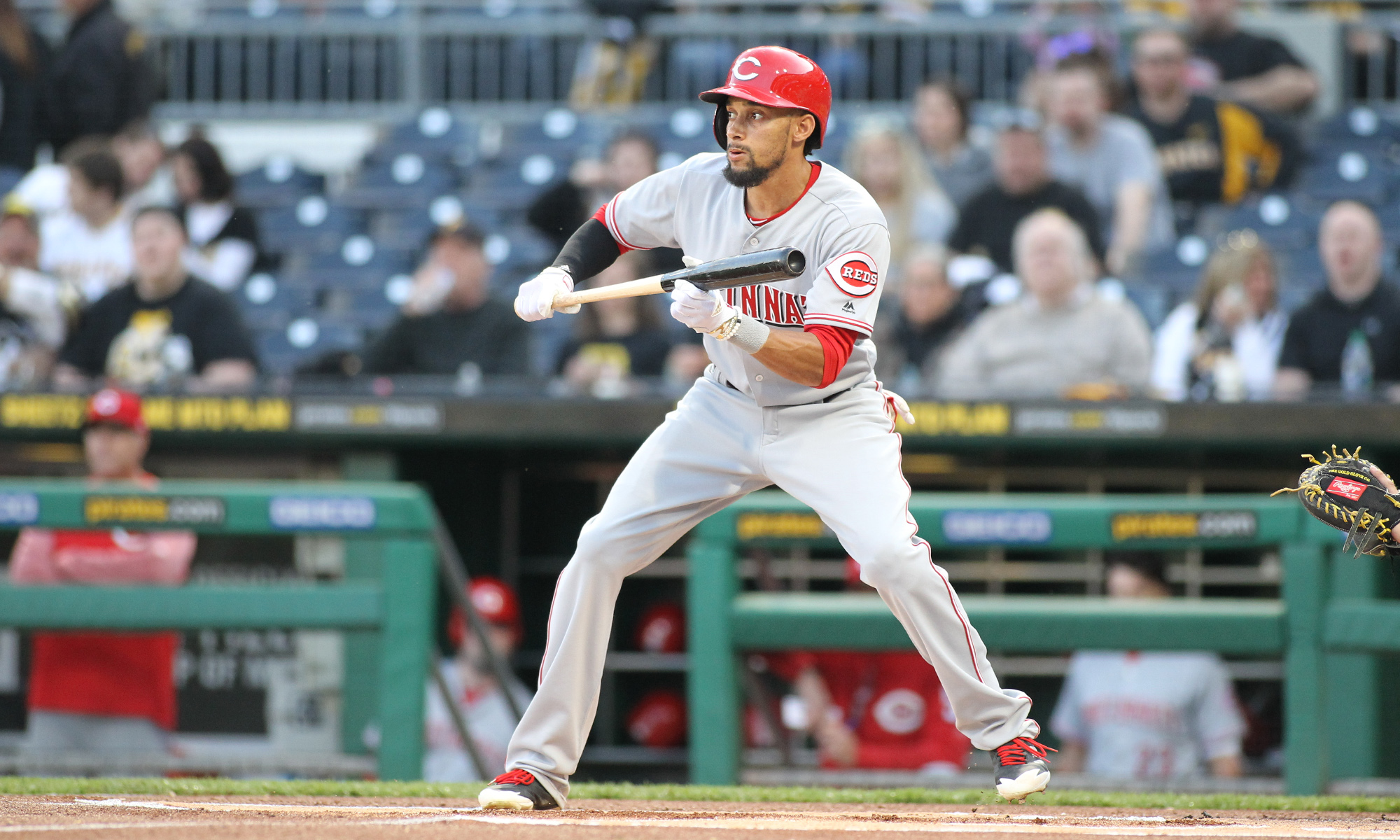 The non-tender deadline was yesterday, and while the Pirates tendered a contract to all three of their arbitration eligible guys, there were plenty of players around the league who became free agents.

Players who were non-tendered received that designation for a reason. You’re not going to find starting options in this group. At best, you’re looking at a good reliever or bench option. There are some guys who stood out in that regard from yesterday’s group, who I outlined below.

The Pirates haven’t been connected to any of these players. However, these players could fill a need for depth on the 2019 Pirates roster, which is why I wanted to highlight a few of the more interesting guys.

There were some familiar faces non-tendered yesterday, with pitchers Adrian Sampson and Hunter Strickland, plus outfielders Gorkys Hernandez and Robbie Grossman.

Strickland is the more intriguing guy on the pitching side, although it is concerning that his velocity has gone from just under 98 to around 96 the last two years. He’s also coming off a year where he saw a decline in his strikeouts. That said, he throws his fastball 63% of the time and his slider 23% of the time. His slider had a .518 OPS against and an 18% swinging strike rate. Perhaps he’d benefit from the “throw fewer fastballs and use your best pitch 35% of the time or more” strategy.

Hernandez and Grossman would be bench outfielders. Hernandez would provide value on defense, although he did see his defensive numbers decline a bit in 2018, which may just be a one year trend, or might be a warning about his future production. Grossman is great at getting on base, but hasn’t been the best defensively, and is limited to the corners now. if you combined them, they would be an interesting player, as I’d definitely sign a guy named Gorkys Grossman.

The Pirates have added a few position players this offseason, getting infielder Erik Gonzalez in a trade, and signing outfielder Lonnie Chisenhall. The assumption is that Chisenhall will be the starter until Gregory Polanco returns, while Gonzalez could be a super utility guy off the bench, backing up the shortstop position.

If the Pirates aren’t set in the infield, then Tim Beckham might be an interesting option. Beckham had a 3.4 fWAR in 2017, but was below replacement level in 2018. He was a good defender at shortstop, and could be a good Plan B to Kevin Newman, or a guy to split time with him. One key concern is that Beckham’s offense in 2017 was fueled by a .365 BABIP, which dropped to .282 in 2018. I’m not sure I’d bank much on a full offensive rebound.

There’s a similar story in the outfield in Avisail Garcia. He had a 4.2 fWAR in 2017, hitting for a lot of power in the process. However, he had a .392 BABIP to fuel his offense. His power remained and improved in 2018, but the BABIP dropped to .272. His career number is .330, so he could see some improvements. However, I wouldn’t expect the 2017 totals again, not just because of the high BABIP, but because his 19.8% strikeout rate that year looks like a one year deviation from the norm. He’s been 23% in his career, and dropped to 26% in 2018.

The Reds non-tendered Billy Hamilton. I think the Pirates could get value by signing him simply by guaranteeing that he doesn’t play against them. He’s got 56 steals in 64 attempts against them in his career over 78 games, with a .280 average and a .327 OBP. His stolen base totals did go down in 2018, as did his defensive stats. He’s only 28, so he still could be considered near his prime years. However, as a speed-only option, the decline in those areas is a concern. Still, I’m going to pencil him in for half a dozen stolen bases at least against the Pirates in 2019 if he signs elsewhere.

Most of the guys non-tendered were pitchers and most of those pitchers were replacement level guys who probably wouldn’t be an upgrade over the depth options the Pirates have. That said, there were a few guys who stood out.

Mike Fiers and Matt Shoemaker are back of the rotation starters who have had some success, despite not having great velocity. The Pirates wouldn’t need either as a starter, and I doubt they would sign as starter depth out of the minors. However, I’d be interested to see how each pitcher would do in the bullpen, while also providing starter depth in that form.

Matt Bush had a 1.6 fWAR in 2016 and an 0.6 in 2017, before struggling in 2018. His strikeouts and velocity were down, while his walks were up. The concern here is that he’s 32, and could be on the decline, which means there’s no guarantee of a return to his old production.

Xavier Cedeno is kind of in the same boat at age 32. He had a decent season in 2018, although his velocity dropped a bit, and his walks increased. The Pirates were connected to him last offseason, which is why I’m mentioning him here.

I’m also only mentioning Andres Machado because I’d want to see how fast the site would crash with a “Pirates Sign Machado” headline.

And whatever the opposite is of my Billy Hamilton take above, I’d apply that to Shelby Miller. Basically don’t sign him and hope he ends up with a division rival, considering his horrible career history against the Pirates.