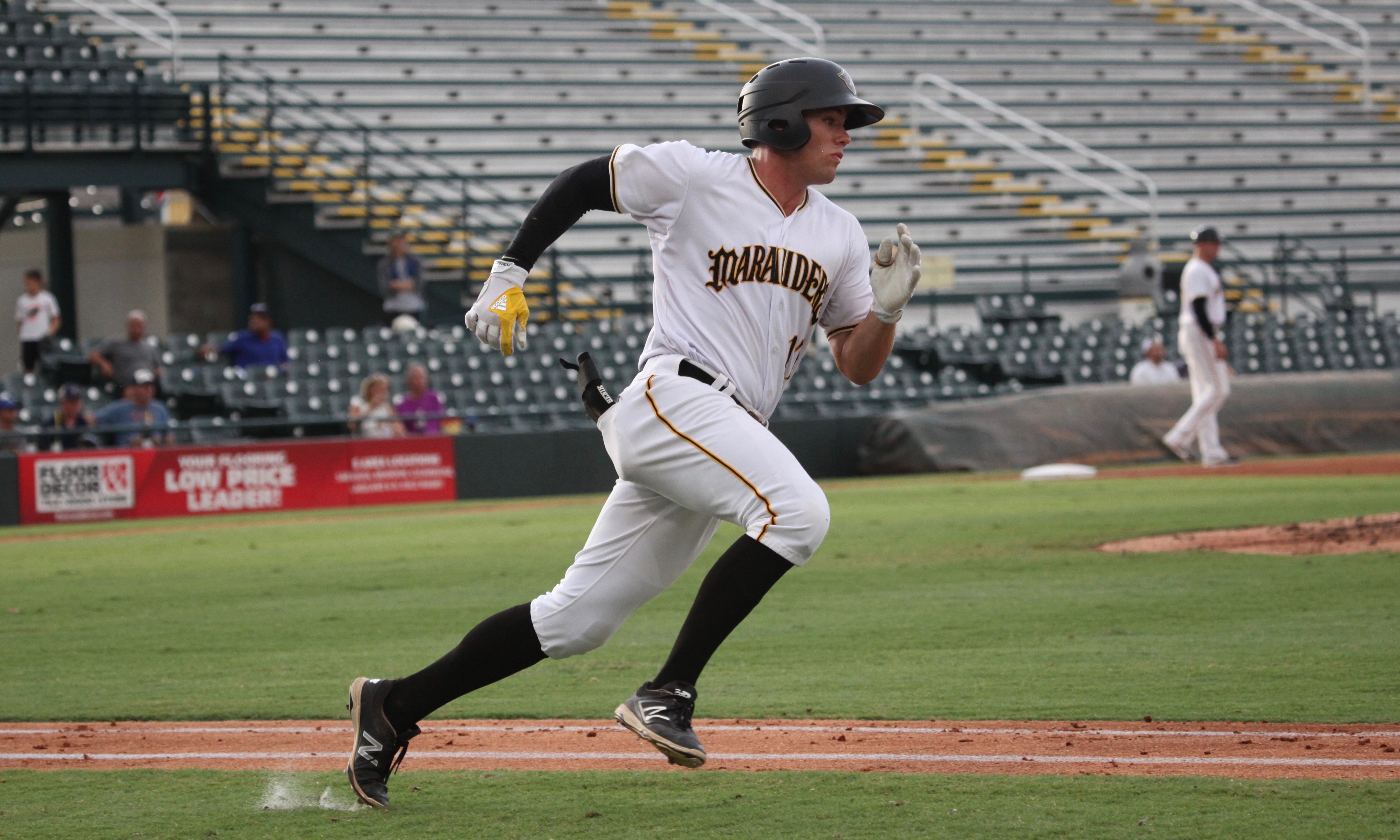 The Major League Baseball Rule 5 draft takes place on Thursday. The Pittsburgh Pirates have a total of 48 players who are available to be selected by other teams. We will have a preview prior to the draft, but for now, I thought it would be interesting to look at the best tools available among those 48 Pirates. This doesn’t mean that these are the best players or most likely to be selected. That will be the focus during the preview.

This is the category that keeps almost all of the hitters safe from being picked on Thursday. For the most part, this is the one category where you can’t be below average and still make it. The best hit tool available would be Jordan George, who has a .292 average and a .396 career OBP, while never striking out more than 57 times in a season.

Logan Hill has the best in-game power in this group and also perhaps the best raw power. Casey Hughston would give him a run for the latter. Hill has hit a total of 55 homers in his 3 1/2 seasons, including 17 during the 2018 season.

Tough choice here between Hughston and Alfredo Reyes. Hughston (pictured above) was the fastest runner on Bradenton last year when they had Reyes and Cole Tucker, but Reyes wasn’t far behind and puts his speed to better use. They are two of the fastest players in the entire system, not just among Rule 5 players.

The best overall defensive player would be Reyes because he’s strong at multiple positions in the infield and outfield. Among more specific positions, you have Christian Kelley as a strong defensive catcher, Adrian Valerio as a terrific defensive shortstop, Jerrick Suiter makes difficult plays at first base look effortless, and Hughston is a plus defender in center field.

This is fairly easy, though there is an asterisk just for fun. Alfredo Reyes has a cannon that works well at shortstop, third base and in the outfield. You can make legit cases for him as the best at three of the five position player tools. For outfield arm, Elvis Escobar would have given him a run for his money at this time last year, but Escobar is now a pitcher.

More than half of the available players (26) are pitchers. None of them throw harder than Jake Brentz, who has hit 100 MPH numerous times. I wouldn’t rate him as the best fastball though due to control. The best would have to be Eduardo Vera, who has hit 97 MPH, has some movement and fills the strike zone. Elvis Escobar wouldn’t be far behind Vera. While he doesn’t have the control yet, he sits 94-95 MPH, hitting 96, and throws a lot more strikes than the slightly harder throwing relievers like Brentz, Deivy Mendez and Angel German.

The best here is tough to narrow down to just one player. Vera, Roger Santana and Brandon Waddell have excellent changeups. Southpaw Ronny Agustin has a curveball that makes left-handed hitters look silly at times. True story: I once saw a batter bail on one that was called a ball outside. Gage Hinsz, when healthy, has a curve that multiple scouts have called a plus pitch.

Vera and Tyler Eppler both have excellent control and fill the strike zone, while throwing low-to-mid 90s. Scooter Hightower however, probably has the best command in the group. He works all four corners, while elevating his fastball just enough over the middle of the plate that it gets chases, usually resulting in fly balls, but not solid contact.