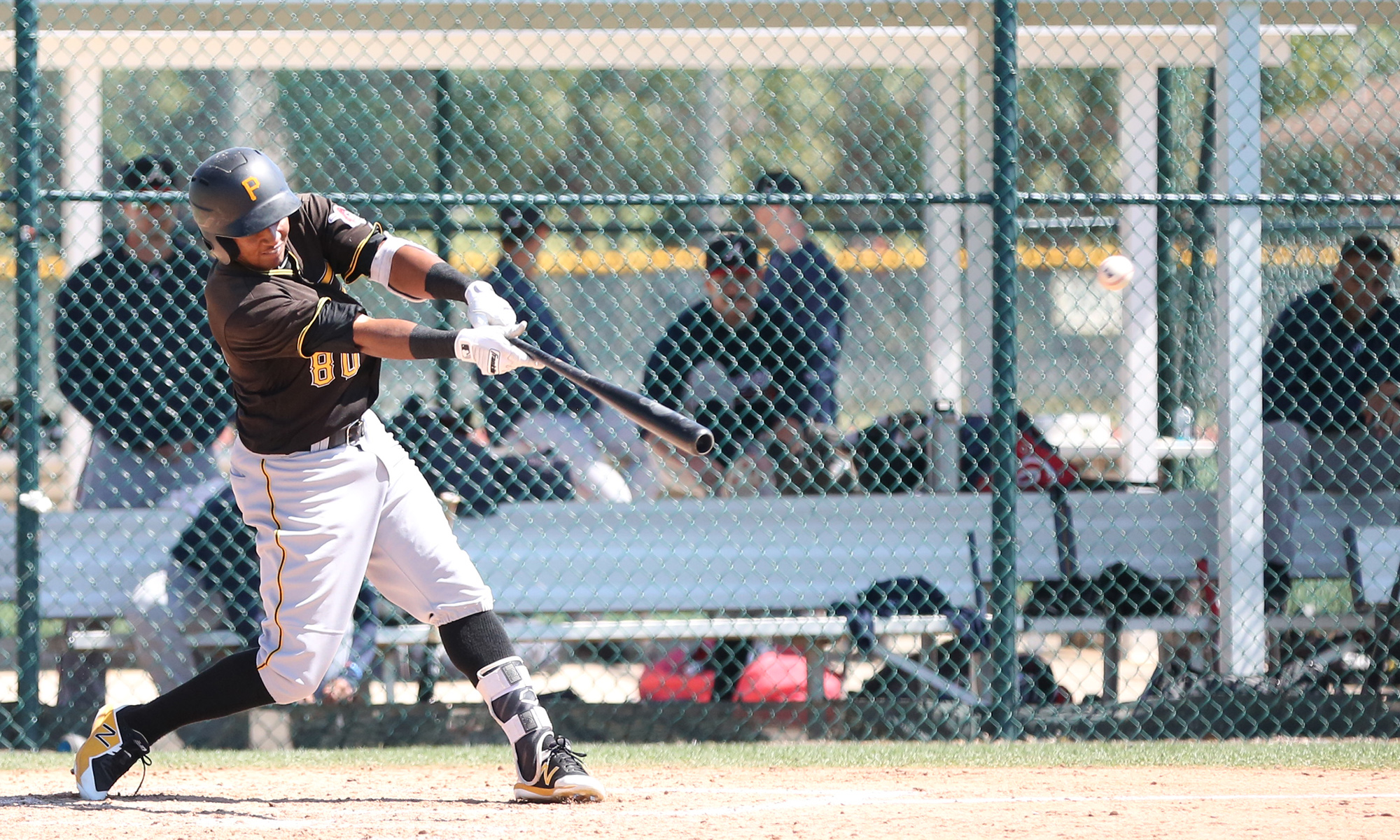 The final day of the Dominican league regular season saw two Pittsburgh Pirates play their first winter league game. Lolo Sanchez (pictured above) was the tenth overall draft pick in this year’s winter draft in the Dominican, while Valerio was drafted last year. They both got to start the final game this year for the Aguilas Cibaenas, one of two teams that didn’t make the round robin playoffs that begin on Friday night. As a side note, batting between Sanchez and Valerio in the lineup was Rafelin Lorenzo, who the Pirates lost in the Rule 5 minor league draft on Thursday.

Sanchez started in left field and went 0-for-3 with a hit-by-pitch, an RBI and an outfield assist, throwing out a runner at home. Valerio went 0-for-3 and committed a throwing error. The Dominican has a minor league side for winter ball, where reserve players and younger players not ready for the league, can stay in game shape in case they are needed.

Rodolfo Castro also made his winter debut, though he wasn’t in the Dominican and his season isn’t over. While there hasn’t been any word about it, there could be a chance that players like Lolo Sanchez and Adrian Valerio show up in Puerto Rico too. That’s because Castro was the 19th overall pick in this year’s Dominican draft, but the Pirates have sent five players already to Puerto Rico this winter, so more from the Dominican could be possible.

Playing for the same Gigantes de Carolina team as the other four Pirates in Puerto Rico, Castro went 2-for-4 in his debut, collecting two singles, while playing second base. He played in West Virginia this year as one of the youngest players in the league, turning 19 years old in May. Castro hit .231/.278/.395 in 105 games.

Alfredo Reyes started at shortstop and went 0-for-2 with a walk on Monday night. He finished the regular season in the Dominican with a .317/.400/.417 slash line in 35 games. His team advanced in the playoffs, so he will likely continue playing.