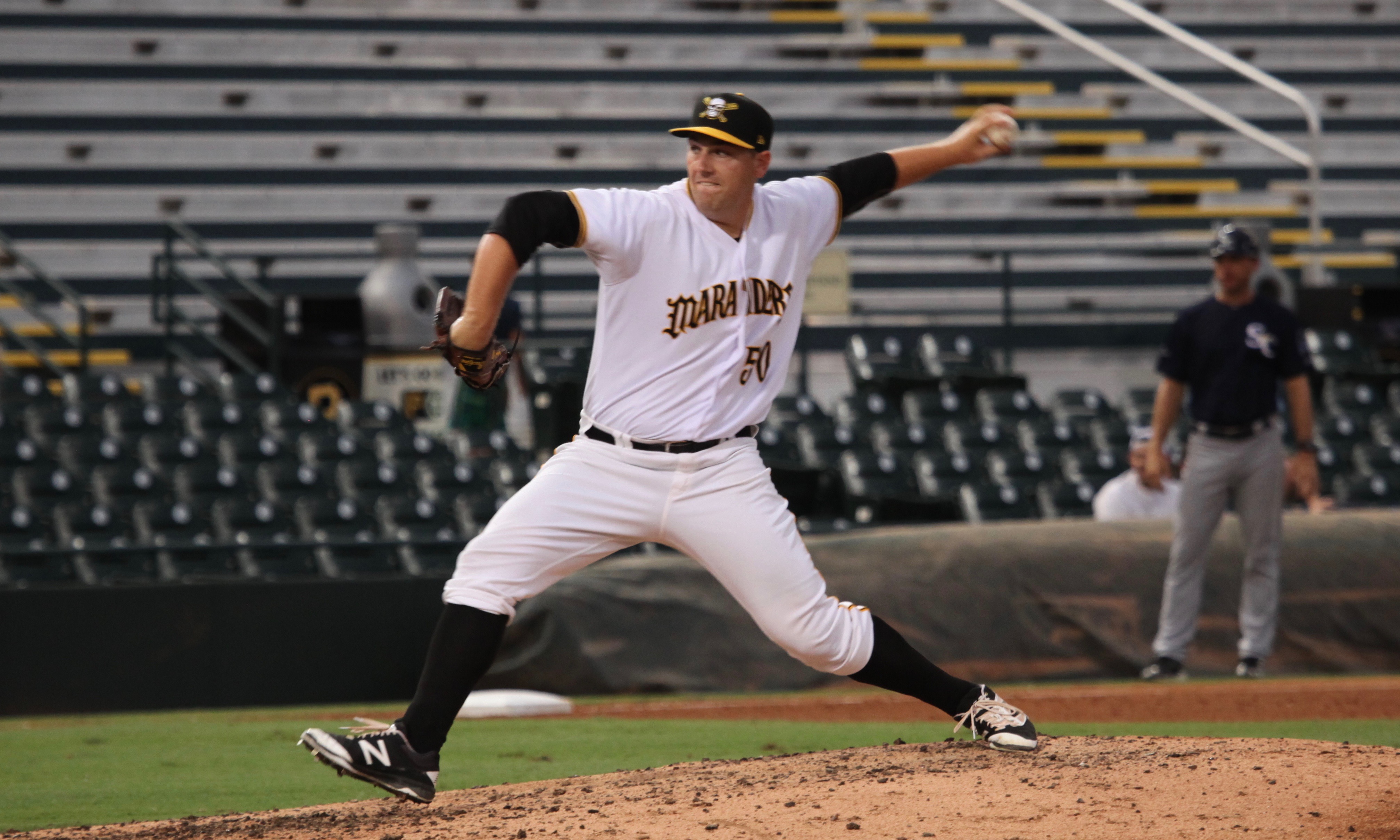 After two days off for all of the leagues playing winter ball, action picked up again slowly on Wednesday night. Just two Pittsburgh Pirates were in action that night, followed by four players on Thursday.

On Wednesday in the Dominican, Alfredo Reyes made his third straight start and went 0-for-3 with an RBI. He split the game between third base and second base, moving after an injury to former Pirate prospect Gustavo Nunez in the third inning. Reyes committed his first error of the playoffs in the eighth inning. On Thursday, Reyes switched from second base to third base in the sixth inning. He went 1-for-3 with a run scored and a stolen base. He is 2-for-12 through six playoff games.

The only other player to see action on Wednesday night was Edgar Barrios in Colombia. He went 0-for-4 during his team’s 8-3 win in their playoff opener.

From Thursday in Venezuela, Jose Osuna helped his team to a 6-4 win in their playoff opener. He went 3-for-4 with a double and a run scored. He started in right field for the 12th straight game, then moved to third base for the ninth inning, which was the first time he played third base this winter. Osuna posted a .971 OPS in 18 regular season games this winter.

On Thursday night in the Dominican, Ronny Agustin had a rocky shutout inning. He allowed two singles and a walk, but got out of the inning clean with two strikeouts and a fly out. Agustin closed out his team’s 7-1 victory. It’s a bit surprising that he is pitching in the postseason because he has no experience over High-A and he was only used twice during the regular season this winter. Teams in the Dominican are allowed to stock up their lineups by drafting players from the teams that didn’t make the playoffs, so the level of competition is even better than the regular season.

In Puerto Rico, Jordan Jess (pictured above) got the start in his team’s playoff opener. He faced the minimum over three innings of work, allowing just a single, which was erased on a double play. Jess picked up two strikeouts. He had a 5.11 ERA and a 6:10 SO/BB ratio in 12 appearances and 12.1 innings during the regular season this winter.