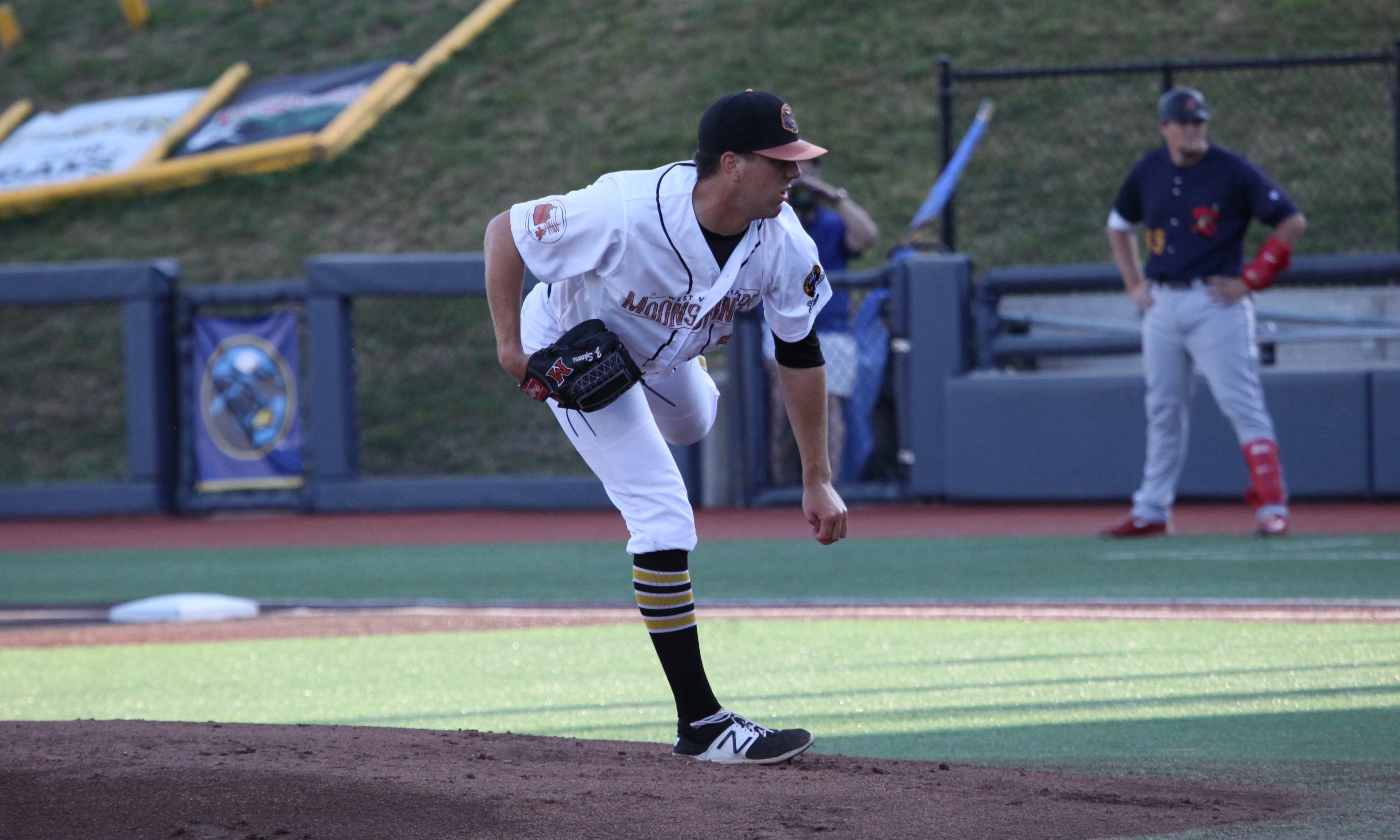 The Pittsburgh Pirates drafted a 6’7″ left-handed pitcher in the eighth round of the 2018 amateur draft. Zach Spears, who started for three seasons at Miami University (Ohio), quickly signed for the $171,800 slot bonus amount and headed to Morgantown to begin his professional baseball career. He didn’t have the best overall results during his first run through pro ball, but there are reasons to believe that things can get much better.

Spears was a three-sport athlete at Mt Vernon High School in Indiana. He comes from a football family. His dad played at Indiana and his older brother played at Ball State. Zach played one season of football in high school, serving as the tight end and defensive end during his senior year. His second sport was basketball, and that makes a lot of sense when looking at his height.

As a freshman, Spears already stood at 6’5″, following a growth spurt at the end of middle school. During his first two years at Mt Vernon, he played power forward. While adding that much height at an early age was an advantage in basketball, it didn’t help out in baseball.

Spears has always been a pitcher. He played some first base while in high school, but that was just to get him into the lineup on days he wasn’t on the mound. Shooting up to 6’5″ as a freshman took a lot of getting used to as a pitcher. He went through a long period of adjustment with his mechanics and delivery. That’s typical of tall pitchers who haven’t grown an inch in years, but it’s tougher to deal with such an extreme change as it is happening.

Spears lettered in baseball during all four years of high school and received some attention before the 2015 draft, but wasn’t selected. Prep Baseball Report had a page for him going into his senior year and made mention of him on their site as early as 2013. In their last update before he graduated, he was throwing his fastball 84-87 MPH, with a mid-70s breaking ball.

Things really didn’t improve during his sophomore season. Spears saw his ERA go up slightly to 5.85, while his innings decreased (60 IP) and his walk total increased to 45, which was a 1.35 jump per nine innings. There was one area that saw major improvements. His 7.59 SO/9IP rate as a freshman took a huge step forward with 69 strikeouts in 2017, giving him a 10.35 rate per nine innings.

Spears wrapped up his college career by putting together a much better season as a junior in 2018, which led to him being drafted in the top ten rounds. He credited the success to a better mindset on the mound. His approach to pitching changed and he competed better game-to-game. His ERA dropped over two full runs from his sophomore numbers. The strikeouts remained high and the walk rate showed a huge improvement. After 45 walks in 60 innings last year, Spears issued 39 walks in 82 innings in 2018.

Admittedly, Spears did not have a strong debut in pro ball. Sometimes you can look at poor pro debuts as a pitcher adding extra innings and they aren’t up to full strength, but he pitched summer ball in the Northwoods League in both 2016 and 2017, throwing 34.1 innings during that second stint. He pitched 43 innings with Morgantown over 12 starts, so there really wasn’t a huge jump. That’s especially true when you factor in that he had easier college innings in 2018, compared to previous years where he worked harder to get outs.

Spears was brought along slowly as a pro, taking six starts to work him up to 71 pitches, which was his high with Morgantown. He didn’t have any outings that you would call implosions, but there was a stretch of four straight games where he allowed 17 runs over 16 innings. Those four games followed his first four outings, where he had just two strikeouts total.

On the flip side, he looked great during his August 11th performance against Mahoning Valley, when he allowed one run on one hit in five innings, while striking out six batters. He also had two outings that consisted of one hit over three shutout innings. So there were some highlights mixed in, which gave a glimpse of his potential.

Those overall numbers don’t warrant much excitement. The numbers against left-handed batters are strong, but the right-handed hitters had a field day. As I said above though, there are reasons to believe things can get much better.

During a broadcast of a Morgantown game, manager Kieran Mattison noted how much movement Spears has on all of his pitches. He said that once he can learn to use that movement to his advantage, then it’s going to be a weapon. Right now it’s part of the problem in both the walks area and the damage. In our interview, Spears noted that besides control issues, the movement can also lead to pitches drifting right over the middle of the plate. He wants to use the natural movement effectively in the future to throw more quality strikes and get more chases.

Spears throws a four-seam and a two-seam fastball. Both pitches sit in the low-90s, with his top end on the four-seam getting up to 95 MPH, while the two-seam will bottom out at 89 MPH.

His main out pitch is a sweeping mid-70s slider that is tough on left-handed hitters. He also throws a circle changeup in the low-80s. Spears is comfortable using that changeup against left-handed hitters, which is something you don’t see often from southpaw pitchers. Finally, he is using this off-season to add a cutter to his repertoire, which will give him a five-pitch mix in 2019.

This off-season has been busy for Spears. Fans only see what’s on the stats page for players, but training goes far beyond that. After his last start on August 28th, Spears had about two weeks before rookie camp in Bradenton at Pirate City. The draft picks this year went through team building exercises for ten days, while other players were down in the Fall Instructional League seeing game action. Spears echoed the statements I heard from others who went through the rookie camp.

“Rookie camp was good to do because it teaches you characteristics that lead to a steady life and career,” Spears said. “It was challenging and included a lot of adversity because that’s how life is.”

That was followed up by spending the next month living in Florida so he was able to take full advantage of Pirate City and what it offers players. That wasn’t something that was a requirement for Spears, and not a lot of players stay down there that long during the off-season at one stretch. He did it because he knew it could help him out towards next year.

“I lived in Florida for a month after the season just to workout and be in warm weather for a while,” Spears said. “The performance center at Pirate City is incredible, so it was awesome to wake up there and get a workout in. It’s a big off season for me and I wanted to start it off right. I’m really looking forward to the 2019 season.”

That’s already more than you hear about from most players. They tend to stay near home and do their off-season workouts, sometimes heading to their school, where they can make use of the familiar facilities. For Spears though, he just recently spent another week at Pirate City taking part in a strength and conditioning camp.

“Strength camp was good because I got to see and meet a lot of other guys that I wasn’t able to meet this season,” Spears said. “It was also good to get workouts in at that facility with the guys. It was pretty laid back but it was definitely beneficial.”

For now, the stats at Morgantown are going to stick out for most fans because that’s all you have to go on for him so far. He pitched well during his college season and the Pirates thought enough of him to use an eighth round pick, so there should at least be some leeway with the pro stats for now.

The results will have to come soon and that will start with the 21-year-old lefty trying to harness the movement on his pitches. We could see more velocity as he progresses through the system. Spears is not only 6’7″, but he has a big, solid frame and a low-effort delivery. Not only could that equal added velocity, but it could also give him the ability to hold that velocity late in games. His control has improved in the last year and he’s adding an extra pitch to help him become more effective against right-handed batters. His off-season has been geared towards turning all of those recent improvements and adjustments into results.

I would expect Spears to be in the Greensboro rotation in 2019. That might depend on how others move ahead of him and whether the Pirates feel other pitchers are ready for the jump to Bradenton. At minimum, we could see a piggyback starter situation, where one guy is going five innings and the other has the next 3-4 frames. That would still give him plenty of innings this year, in what will be a big season for the 6’7″ southpaw.