Eduardo Vera Looks to Break New Ground in the Majors 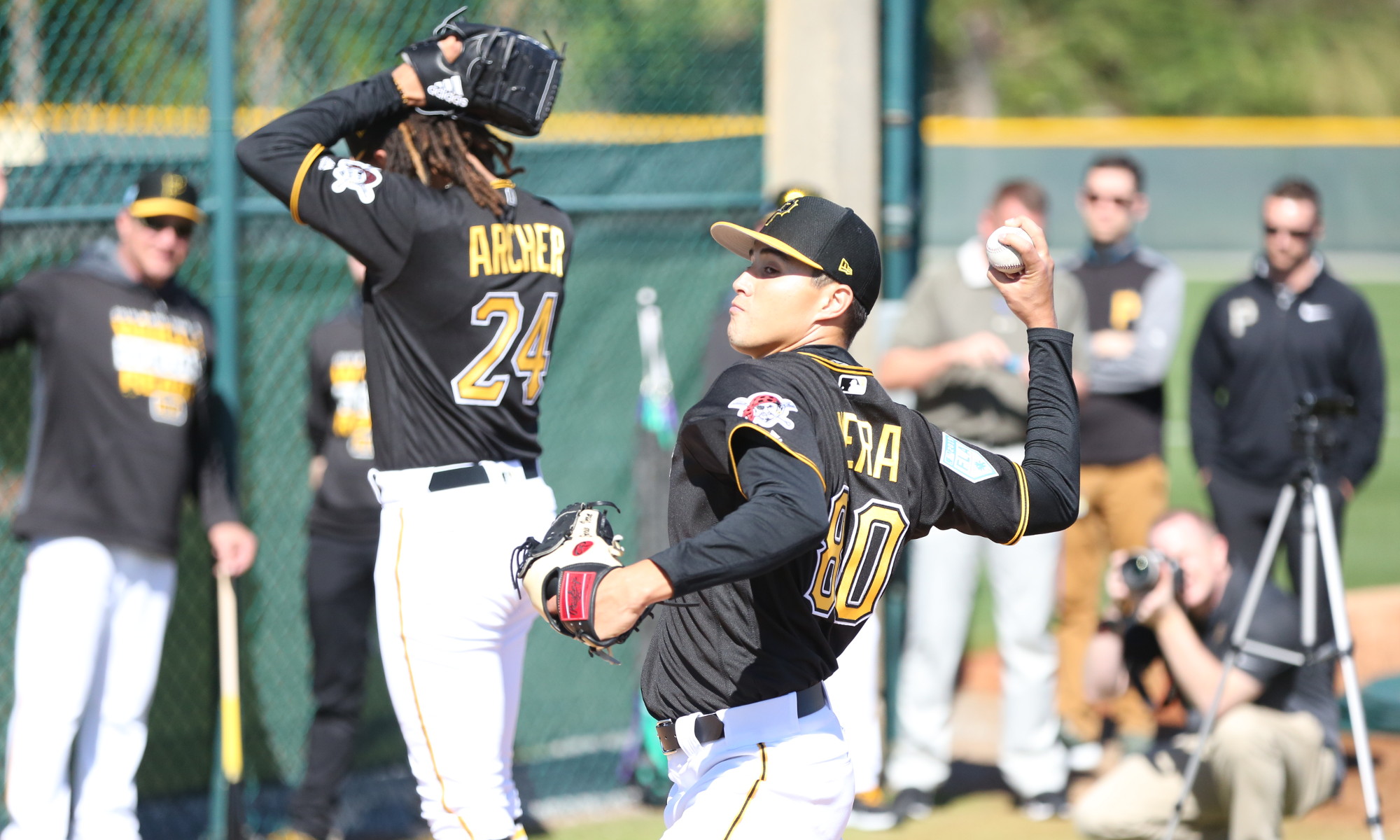 One of the lesser known players in camp for the Pittsburgh Pirates this spring, might be one of their most popular players. In his home state of Yucatán in Mexico, Eduardo Vera is starting to reach rock star status. After throwing two shutout innings in his Spring Training debut on Monday, that popularity will only continue to grow.

The 24-year-old right-hander reached Double-A with Altoona last year and pitched great to end the season, including one run over eight innings in his playoff start. He then went to play winter ball in Mexico and did even better against competition that would be about equal to what he saw in Altoona. The Pirates had to re-sign him this off-season as a minor league free agent, which they quickly did after the season ended. This off-season, we ranked him as the 29th best prospect in the system for good reason. He has a four-pitch mix that includes a mid-90s fastball and an above average changeup, with plus control of all four pitches.

That doesn’t exactly describe someone who you would say has “rock star status” though, but Vera is looking to become the first player ever from Yucatán to reach the majors and his local media has been following his recent journey closely. Everything he did this summer received an article in his local papers. He was covered daily this winter as well, but things really took off when it was officially announced that he received a Spring Training invite.

I search twice daily for any news concerning the Pittsburgh Pirates, and each time I search both in English and Spanish. I have probably read over 100 articles on Vera in the last two years, most of them just small bits of news, but his popularity, and just how much he means to the Yucatán, really didn’t hit me until this spring.

There are reporters following him around now, writing about everything. I knew when he left to go to Pirate City. I knew when he got there and the first time he played catch. In the cover photo I used above, he was throwing a bullpen next to Chris Archer. There were three articles emphasizing that he was in the same bullpen as Chris Archer in Spring Training for a Major League team.

We have posted 25 videos this spring on Facebook and the only one more popular than 21 seconds of Vera in the bullpen, was the one of the man named Archer standing next to him during that bullpen. Here’s that video from back on February 14th.

I can only imagine at this point what tomorrow morning will look like when they report on Vera throwing two shutout innings and picking up the win against the World Series champs. You’re saying right now that it’s only spring and pitching wins don’t matter and I’m saying you don’t understand how popular he is there. It’s okay, I was like you recently. Vera was answering questions from his local media about today after the game and I was able to catch up to him a little later.

“It was a great experience pitching with a LECOM Park full of fans,” Vera said after today’s game. “I went out just trying to go my job and everything worked out and got the win for the team which was a great feeling. Everything has been so good, even having breakfast with guys I use to see only on TV.”

While we see him doing things with little fanfare this spring in Bradenton, there is a population of over 2,000,000 in Yucatán getting daily updates as he inches closer to a possible Major League debut. Vera mainly flew under the radar here because an ill-timed injury in late March of 2015, which resulted in Tommy John surgery and him missing almost all of two seasons. He returned as a much better pitcher in 2017 and his local media quickly took notice, leading up to this point.

Don’t expect Vera to wilt under the pressure of trying to become the first from his state to reach the majors. He was pitching for a job this summer with free agency coming up (plus they were in a playoff race), and then pitching this winter hoping to get a 40-man roster spot. All that pressure and he had a stretch of two runs allowed over 48.2 innings in his last four starts with Altoona and first four starts in Mexico. He knows how big of a deal this could be, not just for Yucatán, but for Mexico and himself.

“Being the first player from Yucatán to make it to the big leagues represents a lot of pride for me,” Vera said. “I’m proud of being Mexican and if I can make history by being the first one from Yucatán it would be a dream come true. I’ve worked really hard for it and I think is my time.”

I expect Vera to be among the first cuts of the spring regardless of how he pitches, but he can make a great impression on the front office and coaching staff by doing well. At some point, innings will start to run low and he will need to get stretched out to start. I believe he will go to Indianapolis to begin the season, as his Altoona/Mexico performance proved he was ready for the next level. He’s once again pitching for a job after the season, but this time that job might come with a 40-man roster spot if he continues to pitch well. Then he might also be popular outside of his home state and country.