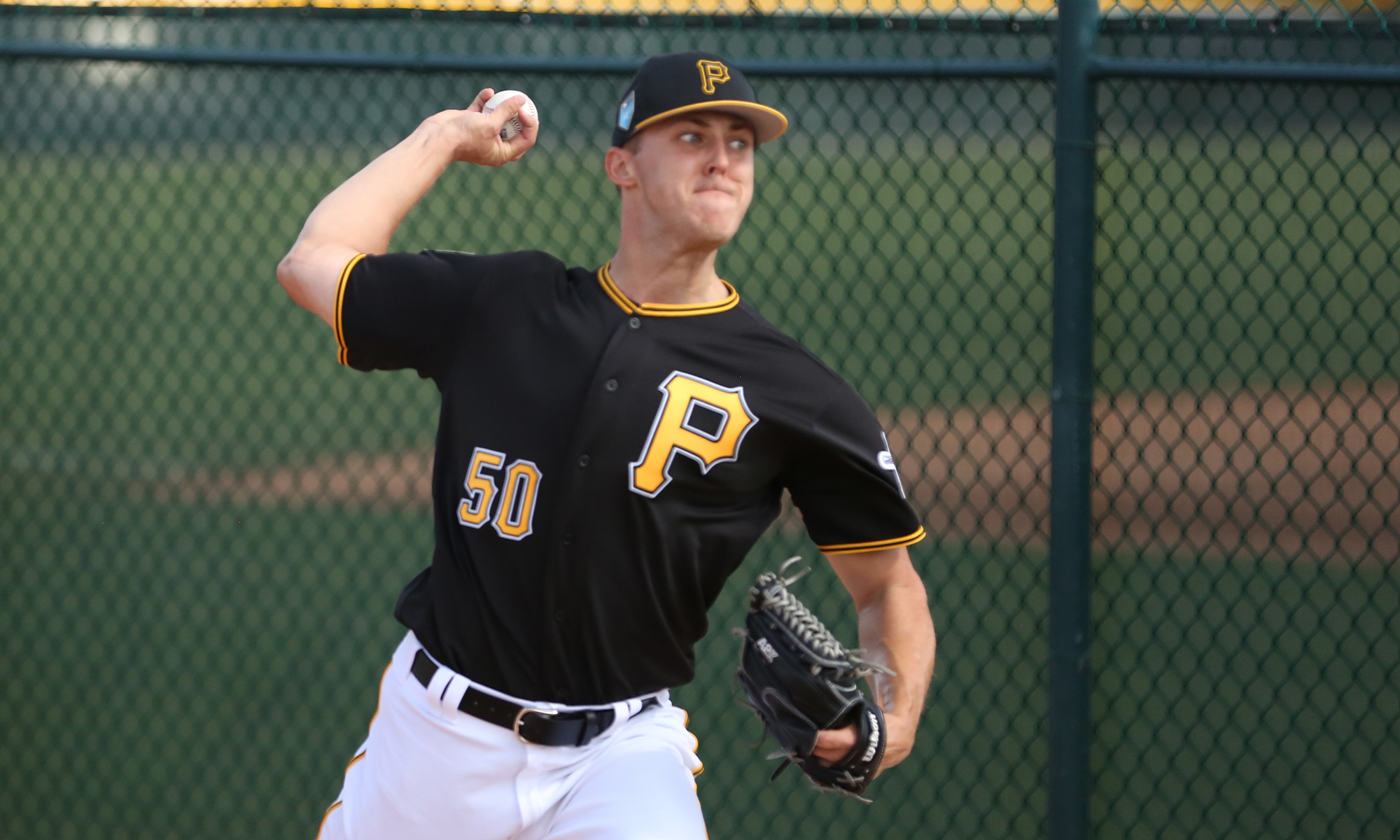 BRADENTON, Fla. – The Pirates believe they can be a contender this year. That’s not a surprise. It’s exactly what you expect to hear on the first day of Spring Training.

Pirates’ General Manager Neal Huntington and manager Clint Hurdle both spoke with the media today after the first workout, and both were on the same page with exactly why they believed this team can contend.

If you didn’t catch that, he stressed it even more a bit later when listing things he likes about this team.

“…And I really like our pitching. If you get good pitching, you put yourself in a good position. The four guys we have slated right now to start, the bullpen we have right now when we have a lead, we have some areas of improvement to make in the middle innings. I like that a lot, and that plays out well over a 162 game season.”

Huntington spoke after Hurdle, and his message about pitching was the same.

“This club has the feel that we can be a post-season team, and we can be a club that can advance deep into the post-season,” Huntington said. ‘Championship teams are typically based on starting pitching, and you win the games that you’re supposed to win because of your back end, and then you score. There’s certainly room for improvement in our rotation, even though they were really good in the second half of last year. There’s room for improvement in our bullpen. We like the back-end, we also like the depth we’ve added in the middle.”

The Pirates do have pitching. They’ve got a rotation led by Chris Archer and Jameson Taillon. Archer has shown the ability to be a top of the rotation starter in the past, and showed that again last September. Taillon made an adjustment to his approach last year, and started to also look like a top of the rotation guy. That’s a great 1-2 punch if you want to build a solid pitching group.

Behind those two are Trevor Williams and Joe Musgrove, who could each be capable of 2 WAR seasons and solid production from the number three and four spots. The fifth spot is a question mark, with Jordan Lyles having the inside track, battling against Nick Kingham and Steven Brault this spring.

The bullpen looks solid, with Felipe Vazquez and Keone Kela anchoring the late innings, while Richard Rodriguez and Kyle Crick follow up on strong seasons last year. There are also some interesting middle relief options, mostly of the reclamation kind, which has worked out well for the Pirates in the past.

Beyond those guys, the Pirates have some interesting depth options. The losers of the fifth starter battle will likely go to the bullpen and serve as early-season rotation depth. Clay Holmes and Aaron Slegers should be pitching out of Triple-A, serving as early-season depth behind the relievers.

“We remember that Clay Holmes start against the Brewers as we headed into the deadline, and that’s the guy we’re going to work to get back, because that was some pretty special stuff,” Huntington said. “We understand the challenges he had later in the year, but that one start, and he showed the ability to do that in the minor leagues. Slegers is a guy who we’re going to help cross that threshold from being successful in the minor leagues to being successful in the major leagues.”

The Pirates also have Mitch Keller and JT Brubaker, although both will need time in Triple-A before they’re ready.

The pitching staff has a familiar mix that we’ve seen before — a few top of the rotation guys, some solid middle of the rotation guys, a shutdown late inning duo, some good middle relief options, and a lot of reclamation projects or young guys who have yet to broke out yet filling out the final roles.

The question is whether that will all be enough, especially since pitching can be so volatile.

“We like this young core, we like this group of players, and this feels a lot like 13, where we had young players, we added a couple of veterans that balanced us out,” Huntington said. “We had some young players who were ready to take the next steps in their careers, and the external noise was that we weren’t good enough. We didn’t get as far as we needed to get in the post-season, but we put together some good runs, and this club has that feeling.

I can see some similarities to that 2013 club. They were a club that had a middle of the pack offense but solid pitching. They benefited from a lot of reclamation guys and value deals. They had a lot of players exceeding expectations on their way to 94 wins.

This could all happen again in 2019, and the pitching definitely is set up to give them a good foundation on their way to a surprise season. I’m not going to argue with the Pirates that they could have a shot to surprise, and I can buy into that theory that they can overachieve outside expectations. But from the outside, it feels like this is an unnecessary gamble, where the Pirates have enough resources to where they don’t need to bank on so many things going right like they did in 2013.