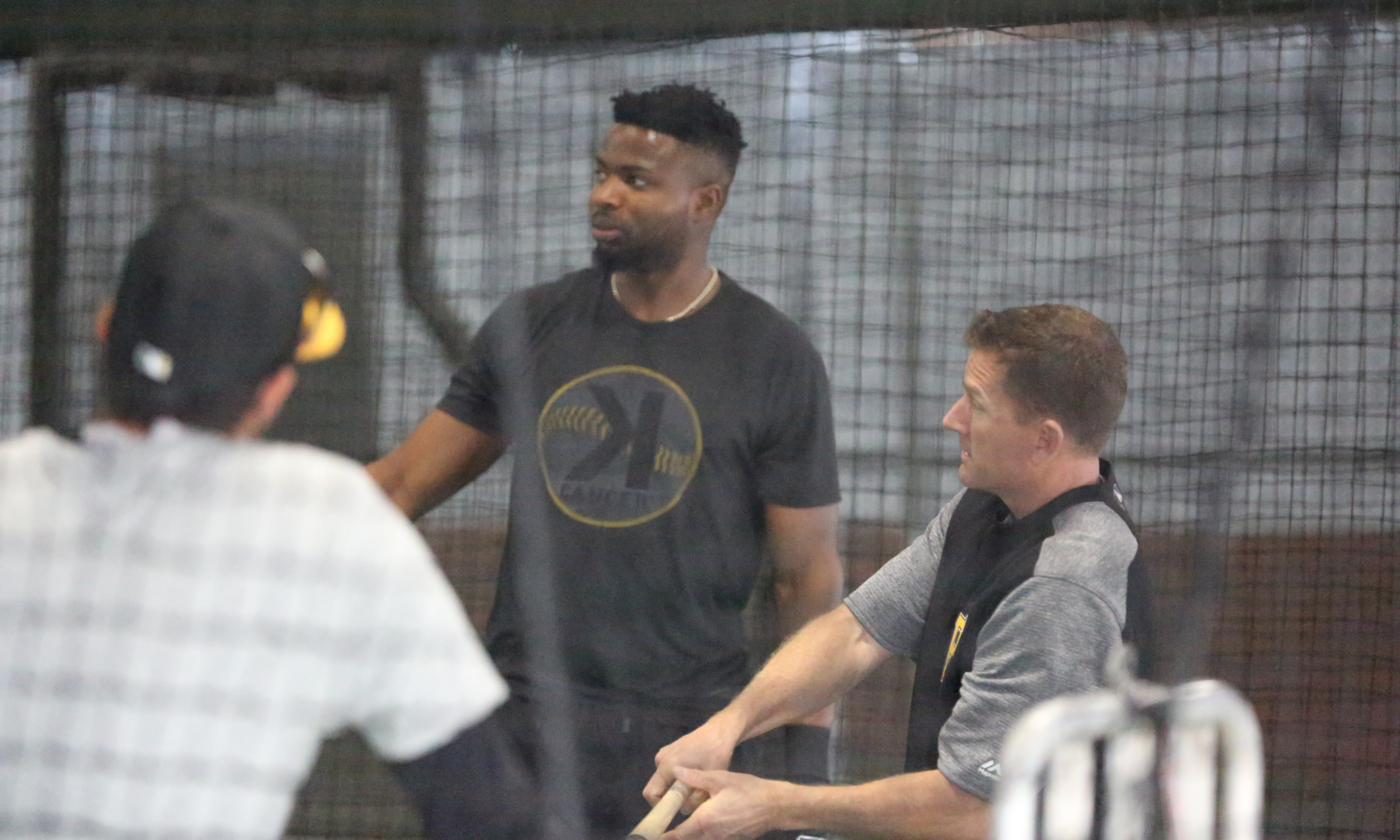 BRADENTON, Fla. – The Pirates believe they can contend for the playoffs this year with a team that’s strength is largely built on good pitching. They’ve got the pitching to make that happen. Their offense and ability to score runs, however, is in question.

At best, their offense was middle of the pack last year. They ranked 20th in wOBA, 16th in wRC+, tied for 19th in ISO, 17th in OBP, and 16th in slugging. Most of that offense is returning this year, with the key changes being Adam Frazier taking over as the everyday second baseman, Erik Gonzalez or Kevin Newman as the shortstop, and Lonnie Chisenhall playing right field until Gregory Polanco returns.

The only guy from that group who has a chance to perform better than the guy he’s replacing is Frazier, and that assumes he hits the same way he did in the second half last year. Even that wouldn’t be enough to boost this offense into one of the better clubs in the game.

Both Clint Hurdle and Neal Huntington stressed that they weren’t going to put blame on the previous coaches, saying that the new coaches give a fresh voice and approach to the system.

“The idea is how do we get better? How do we adapt and adopt to the modern philosophy? How do we move forward in this space? Because these hitting spaces have evolved quickly,” Huntington said. “And most importantly, how do we put our hitters in position to do damage and help them do the most damage that they can do, whether it’s home runs or balls in the gap, hard contact, taking the walks they’re supposed to take, and helping them to understand how to be the best hitters that they can be.

“We felt like the best way to do that was to make an overall change. We still have good hitting coaches in the system that we’re excited about, but we obviously changed the hitting leadership for a reason, and we let some good men go. We let some good baseball men go.”

Hurdle was on the same page when it came to some of the new ideas for the team that might not be so new for other teams.

“Some different voices, with maybe a little bit more of this generation’s mindset on what’s important in hitting,” Hurdle said. “Because it changes. There’s a lot of guys my age that you either adapt and you figure it out, or you don’t get the opportunity to continue to do it.”

“Truthfully, these guys are coaching me in some areas right now,” Hurdle said. “Some of the technology we’re using right now is very interesting, obviously has a place, so they’re coaching me up.”

Neither Hurdle nor Huntington revealed any specifics about the new ideas or approaches that these coaches would bring, but you don’t really need specifics in this case. There have been trends around baseball that the Pirates were slow to catch on to the last few years. That changed last season when their pitching staff started to adapt to new pitching trends, mostly focused around throwing your best pitch more often.

The comments from Hurdle and Huntington indicate that the team is now focused on catching up with the hitting trends, which have largely focused on ways to increase power by leveraging your swing and focusing on launch angle. If the Pirates are looking to catch up to the rest of the innovative teams in terms of hitting, then that’s obviously a potentially big change. And just like how their new pitching approach permeated throughout the minor league system last year, the new hitting approach will also be system-wide.

“We’re not reinventing the wheel,” Huntington said. “The swing, the thoughts, the mechanics. It’s a different approach, it’s a different voice, and a different way to go about it. The four leaders that we brought in will certainly work to incorporate thoughts and opinions of each of our coaches. The guys on the ground in Altoona are the guys who have the biggest impact on Altoona hitters.”

The Pirates don’t look great on offense when you look at last year’s results and realize that most of the same guys are returning. However, when you look at the untapped potential of those returning guys, you see chances where the team could boost their offense just with a new approach.

Josh Bell and Colin Moran both have a lot of power potential, and we haven’t seen anything close to that potential play out on the field in the majors yet. I still believe that Bell can be an all-around impact hitter, and maybe it will take a modern approach and a new voice to make that happen.

Gregory Polanco is another guy who hasn’t seen his full offensive potential unleashed. We’ve seen flashes of it from time to time, but nothing consistent yet. Injuries have played a big role to derail his consistency, but he could also benefit from a fresh approach.

Then there are guys making their way up like Ke’Bryan Hayes, Cole Tucker, Kevin Kramer, and others who could make an impact on this team in the next few years and beyond. Finding a way for them to maximize their upside in the majors — something the Pirates have fallen short on with a lot of their prospects over the years — would be a nice boost for future clubs.

“I don’t want to put the weight of the world on Rick Eckstein and Jacob Cruz,” Huntington said. “But they’re here for a reason, and we believe that the new voice, the new thoughts, the new approach, the new emphasis can help our entire offense take a step forward.”

If the Pirates can take a step forward with their offense, and if their pitching is as strong as it looks on paper, and the anchor they believe it can be, then this could very well be a team that can contend for and make the playoffs.