Elvis Has Left the Outfield 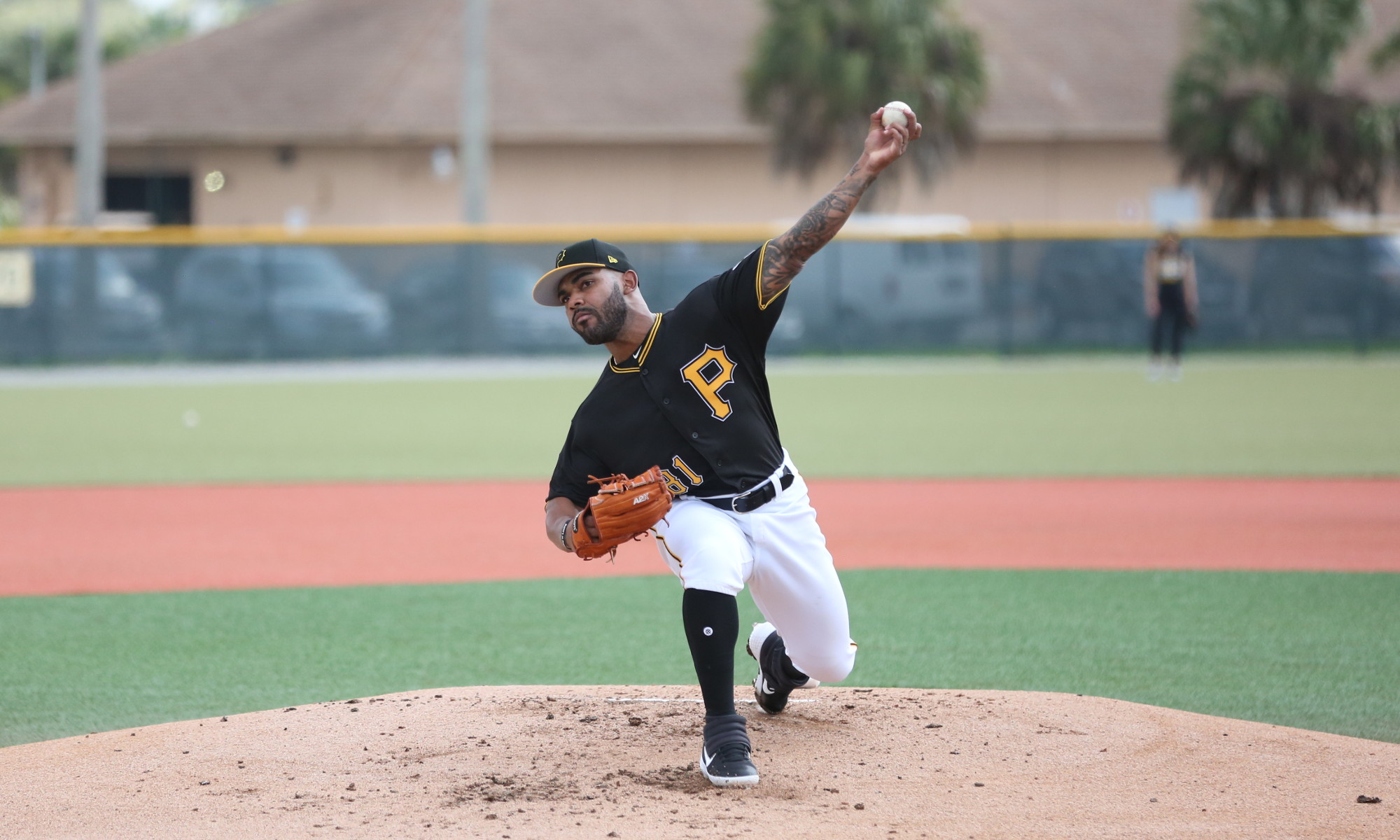 BRADENTON, Fla. – Elvis Escobar and Pablo Reyes sit on opposite corners of the Pirates’ locker room in the McKechnie clubhouse in Bradenton. Escobar is grouped with the pitchers in one corner. At the opposite corner sits Reyes, with the position player group.

It wasn’t always that way. In fact, they spent several years playing together as position players. They were at the same level from 2015-2018, and during that time they were throwing partners during warm-ups.

Escobar did something unique in his throwing program. He would throw a changeup to Reyes at the end of his warm-up, playing around with the different grip.

Now, Escobar is a pitcher, and that changeup is his best secondary pitch, and possibly his best pitch overall right now. He still uses the same grip that he used with Reyes. When he made the switch to the mound, he got a call from Reyes, who wasn’t surprised about the move, based on that changeup during flat ground work.

“When I became a pitcher, he called me and said ‘You were looking to be a pitcher,'” Escobar said.

Escobar started off in Altoona last year, spending his third partial season at the level. Reyes was back for his second year at the level. The two went in different directions at that point. Reyes had success at the plate and made the majors by the end of the year. Escobar continued to struggle at the plate, with his one shining tool being his arm in the outfield. That led to a switch to being a pitcher.

“They brought me to the office, and they told me what was going on,” Escobar said of the meeting in Altoona that led to the change. “They didn’t tell me ‘you’re going to pitch.’ They just asked me and I said yes. It’s a new opportunity for me.”

The move came a few days after Escobar was used as an emergency pitcher in a blowout in Altoona. That outing didn’t go well, with Escobar giving up three runs on two walks and three hits without recording an out. But he did hit 94 MPH, which got the attention of the Pirates.

Escobar went to Bradenton to work on transitioning to being a pitcher full-time. The changeup came easy for him, but he had to work on his mechanics, his fastball command, and developing a breaking pitch.

The mechanical adjustments were about getting used to a new throwing method. He could take a few steps to build up power with his throws from the outfield, but didn’t have that luxury on the mound. He had to learn to keep his weight on his back leg and generate power from that.

He also had to adjust his workout approach. As a hitter, his approach was focused on getting stronger and building muscle in his arms. As a pitcher, he focused more on mobility and stretching his body. Both the mechanical and training adjustments are improving now as he heads into his first full year of pitching.

“The first time I threw, I wasn’t used to pitching, so my arm wasn’t feeling that good,” Escobar said. “I pitched more and was feeling better. I’m ready for a full year of pitching.”

The early results on the mound were promising. Escobar was sitting 94-95 MPH and touching 96 with his fastball. He doesn’t have good control, but a lefty hitting those numbers in his first year as a pitcher is promising.

As for the changeup, he quickly recognized that hitters were having trouble with the pitch, and used it the most after the fastball. He also throws a loopy curveball, which has slurve movement. He’s been working on that pitch a lot lately, trying to get a feel for the pitch and throw it for strikes.

Aside from the interesting back story of converting to the mound, Escobar is unique because of his size. He’s listed anywhere from 5′ 8″ to 5′ 10″, with the latter height being generous. He also has a bit of a drop and drive movement to his delivery, which gets him lower. He still can get some downward movement on his fastball, which Pirates’ manager Clint Hurdle noticed when he saw Escobar during instructs last fall.

“Everybody that’s played with him says it kind of gets your attention, a guy of that stature gets on the mound and there’s still some downhill angle and there’s some real velocity,” Hurdle said.

Hurdle had previously seen Escobar when he was a position player, and discussed how his throws from the outfield translate well to the mound.

“He had a nice, natural stroke in the outfield. The ball came out clean, it was a high release, there was downhill angle. I’ve seen pitchers under six foot that had some downhill angle. We’ll see how this plays out.”

Escobar isn’t going to crack the big league roster, but the fact that he got an invite shows that the Pirates are impressed with his early work enough to give him a closer look. He doesn’t know his assignment this year yet, but could end up back in Altoona, which is where he finished last year as a pitcher.

He’ll spend the year continuing to get comfortable with his mechanics, while getting better control of his fastball and curveball. If he continues improving at the pace we’ve seen, then he could be a legit lefty relief prospect by this time next year, with a real shot at the majors in 2020.