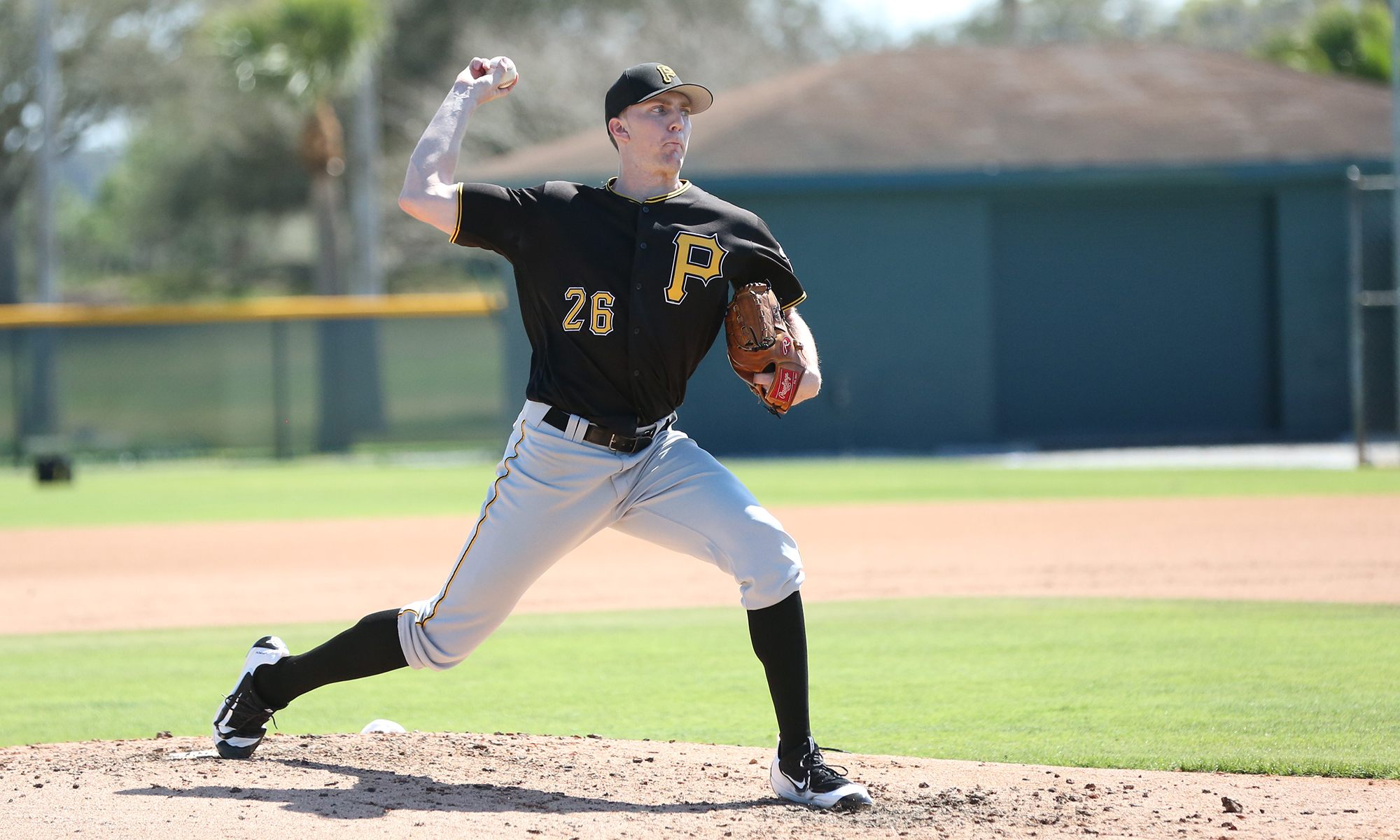 The Pittsburgh Pirates had off on Wednesday, their final off-day of the spring before they break camp to begin the regular season. The Pirates are at home today against the Philadelphia Phillies, with a 1:00 PM start time. The game will be broadcast on AT&T SportsNet live, while MLB Network has two chances to watch the game on tape delay.

Here’s the lineup for today. The original lineup had the pitcher batting ninth, but Corey Dickerson was a late addition in the DH spot. He hasn’t played since leaving Saturday’s game early:

Trevor Williams gets the start. He will be followed by Francisco Liriano, Clay Holmes, Nick Burdi and Brandon Maurer. It’s the first spring appearance for Maurer, who has been out with a knee injury.

The late inning replacements for the Pirates today (in order, same positions as above, minus the DH spot) will be Kevin Kramer, JB Shuck, Jacob Stallings, Will Craig, Patrick Kivlehan, Jose Osuna, Ke’Bryan Hayes and Pablo Reyes. The bench also includes Christian Kelley, Arden Pabst, Daniel Amaral, Grant Koch and the first appearances for Victor Ngoepe and Michael Gretler. We posted a player feature for Gretler at the end of January.

Rookie Davis will be throwing three innings in a minor league game at Pirate City today.

The Altoona Curve posted a recap from Clearwater, where the Triple-A and Double-A Pirates took on the minor league clubs of the Phillies. Among the noteworthy events from yesterday, Dario Agrazal and James Marvel each tossed three shutout innings. JT Brubaker allowed one run in his three innings. Hunter Owen and Lucas Tancas each homered. More notes in the link above.

On Tuesday, Gage Hinsz pitched the opener for the Triple-A club. No word on results, but here’s some video of him warming up for the start.

You can view the entire minor league spring schedule here.

The Pirates play their first night game of the spring tomorrow at home against the Tampa Bay Rays. Joe Musgrove will get his first start of the spring. He will be followed by Felipe Vazquez, Keone Kela, Richard Rodriguez and Tyler Lyons. The only other night game this spring will be in Houston, when the Pirates take on the Astros for the final two games of the spring. Tomorrow’s game will be live on AT&T SportsNet and tape delayed on MLB Network.