Major League Baseball announced that shortstop prospect Ji-Hwan Bae has been suspended for 30 games for violating the Domestic Violence, Sexual Assault and Child Abuse Policy. Bae had a domestic abuse case in his home country of South Korea that was settled in court over the winter.

Bae was recently promoted to Greensboro, which seemed to be an indication that a suspension was imminent. If he wasn’t on a full-season roster before the suspension was handed out, then he would have had to wait until mid-June when the GCL Pirates season started to start serving his 30 games. Now he can return to Pirate City for Extended Spring Training and won’t miss any actual playing time. The suspension means that he won’t be paid during this time.

He went 4-for-22 in five games with Greensboro. 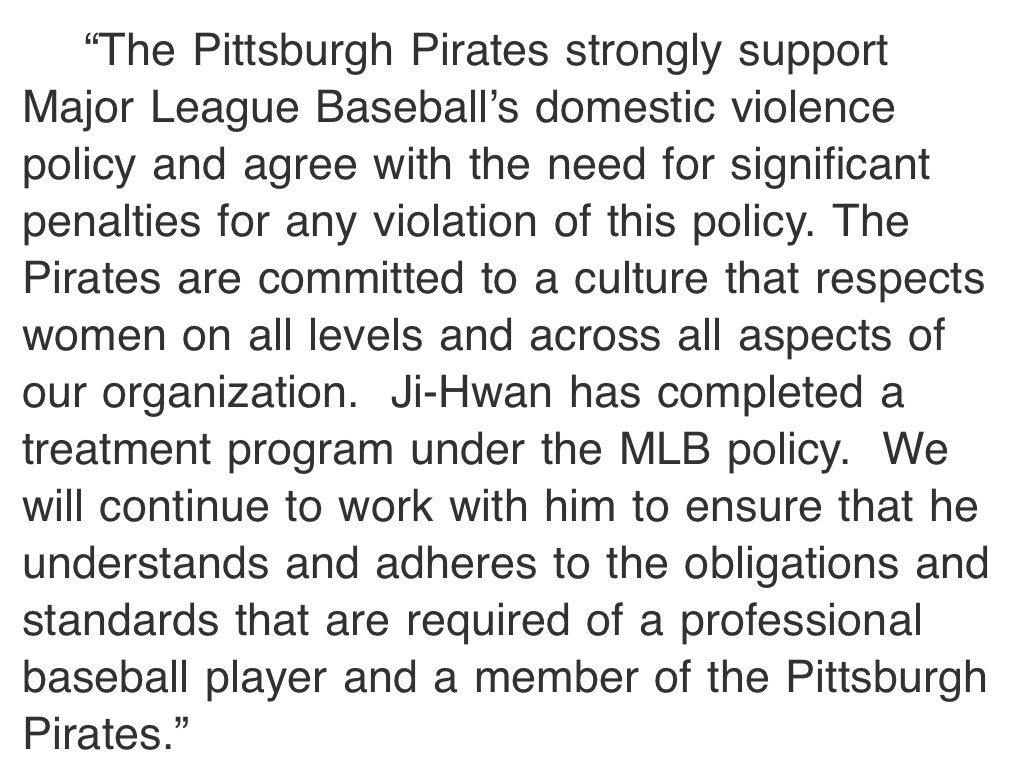