Morning Report: A Look at How the Pirates Acquired Their 2019 Minor League Hitters 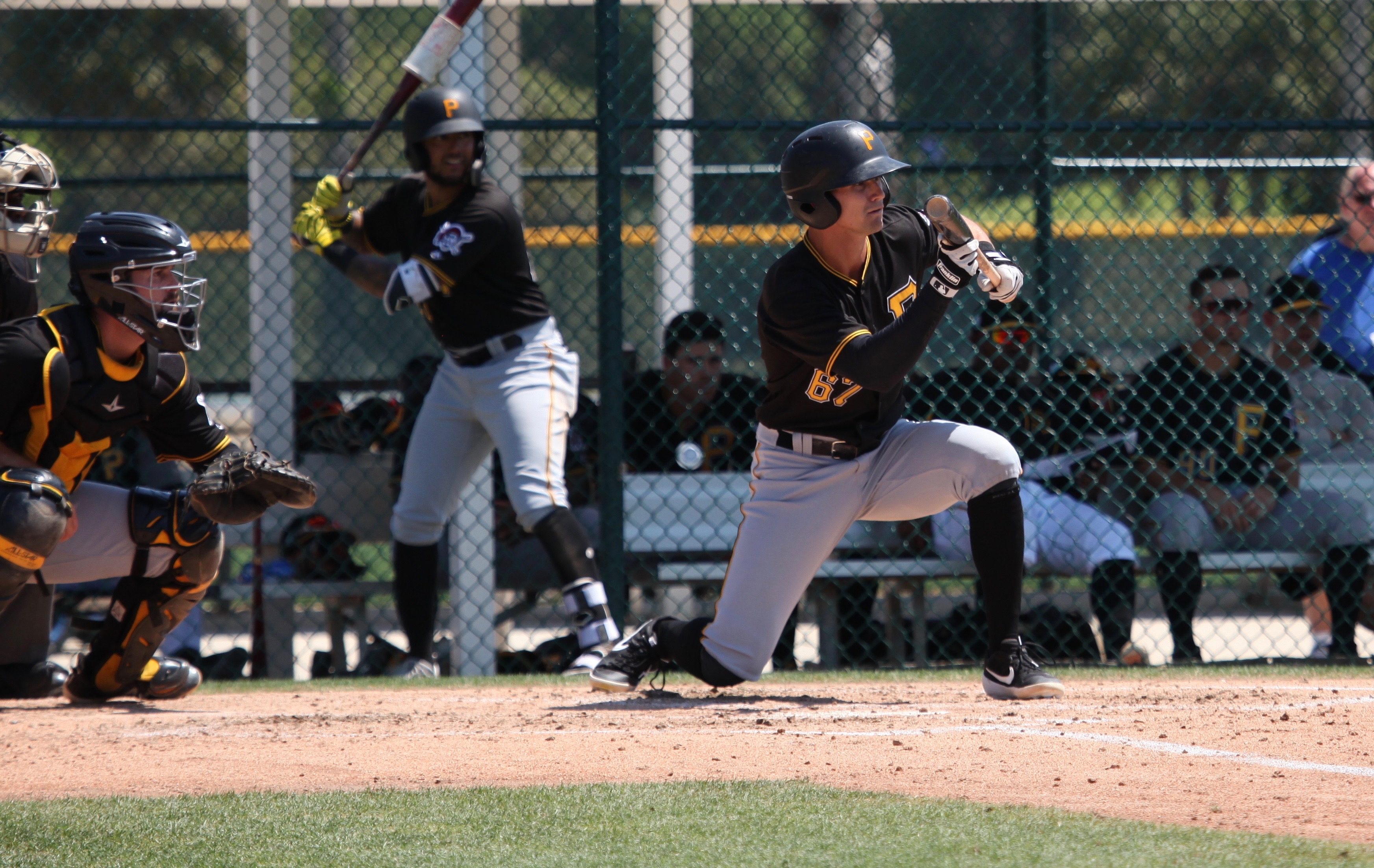 Yesterday we took a look at how the Pittsburgh Pirates acquired their minor league starting pitchers. It’s an article that we did in the past at this same time of year, so we are able to compare the previous data and look for trends in how the Pirates do with signing amateur players. We have followed the starting pitcher article up each year with a look at the position players, so we continue that series today.

Here are the previous four results for position players:

The 2015 list of positions players on the Opening Day rosters included numerous players on the disabled list, so there were 63 total players for the four teams. It included 34 draft picks, 14 international free agents, 14 players acquired via free agency and one player signed as a non-drafted free agent.

In 2016, there were 56 players on the Opening Day rosters. Of those players, 35 were draft picks, 14 were international signings, four were free agents, one was a trade, one a non-drafted free agent and one minor league Rule 5 pick. With seven fewer players, the Pirates still had one extra player who was originally signed by them, meaning they were much more homegrown than the previous year.

The 2017 breakdown for the 48 players has 30 draft picks, 11 international signings, three free agents, two acquired via trade, one non-drafted free agent and one minor league Rule 5 pick. That gives them 42 out of 48 players who would be considered homegrown talent.

Last year, the Pirates had 52 position players on Opening Day rosters for the four full-season affiliates. Some of those players were on the disabled list, but we included them as well. The group had 36 draft picks, seven international signings, four traded players, three free agents and two players taken in the minor league portion of the Rule 5 draft.

Now we look at the 2019 list, breaking them down by team. Due to the number of players, I won’t be listing them individually like I did with the starters yesterday.

The complete breakdown of 53 players includes 37 draft picks, six international signings, five free agents, three trades, one non-drafted free agent, one minor league rule 5 pick. The Pirates are very similar to last year, including being almost exactly the same with 36 out of 52 players being draft picks in 2018.

The international side continues to trend down, though part of that is from Jose Osuna, Pablo Reyes and Elias Diaz being in earlier results. They aren’t replacing those players with new guys coming up though, at least not yet. The last two years on the international side has seen an increase in the bonus pool, which has led to better signings. The Pirates also found out recently that they will be dealing with their largest bonus pool when the July 2nd signing period opens up. So that could all lead to a turn around for the international side, but it will take 2-3 years to really show at the full-season levels.

Today’s Starter and Notes: The Pittsburgh Pirates won 6-3 over the Washington Nationals in ten innings last night. Chris Archer will make his third start of the season this evening. He threw five shutout innings in his debut, then gave up three runs over six innings in his next outing. The Nationals will counter with right-hander Anibal Sanchez, who has a 6.52 ERA and a 1.76 WHIP over two starts and 9.2 innings.

Scooter Hightower began the year in the bullpen for Altoona, but he’s now in the rotation. He gave up two runs over five innings in his first start. He will start one game of two scheduled for today, after Friday’s game was postponed due to rain. Pedro Vasquez was scheduled to pitch today, so he could get the second game.

From Indianapolis, a terrific catch from Bryan Reynolds, who also homered in the game

From Altoona, Bligh Madris walks it off

There have been six former Pittsburgh Pirates players born on this date. Included in the group is a catcher for the 1909 World Series champions, one of his teammates for three seasons and someone who is now in the front office.

We start with catcher Mike Simon, who spent five season with the Pirates, the first as a rookie during the 1909 season when the Pirates won their first World Series title. The most impressive thing about that season for Simon is the fact he caught just 50 innings all season, and that is because starting catcher George Gibson caught 150 games. Simon actually had a third catcher behind him (Paddy O’Connor) and between the two backups, they batted 38 times all year. Simon spent five seasons with the Pirates before jumping to the Federal League in 1914. Like most players that decided to jump to the new league, Simon was without a Major League job when the league folded after two years.

For Simon’s last three years in Pittsburgh, he caught pitcher Claude Hendrix, who was born exactly six years after Simon. In 1912, Hendrix, in his second year in the Majors, won 24 games and lost just nine times. He pitched almost as well the following season, posting a similar ERA and WHIP, but finished with a 14-15 record. Hendrix also made the jump to the Federal League and led the league with 29 wins and a 1.69 ERA. Unlike Simon, Hendrix was able to get a job in the NL after the FL folded. He finished his career playing his last five years (1916-20) with the Cubs. Despite putting up a decent ERA each year, he had a losing record in four of those seasons.

Also born on this date is Doug Strange, who played for the 1998 Pirates and has been in the front office for the team since 2002.

On this date in 1955, the Pirates lost their season opener by a 6-1 score to the Brooklyn Dodgers. Sitting on the bench that day, four days away from his big league debut, was Roberto Clemente. You can see the boxscore here, which is loaded with Hall of Famers on the wrong side.

Exactly 103 years ago, Babe Adams threw a one-hit shutout against the Cardinals and the only hit was very controversial. The Pittsburgh Press called the only hit “an easy roller that second baseman Joe Schultz just booted and only the official scorer thought it was a hit”. Adams never threw a no-hitter in his career.