Morning Report: A Look at Which Players Could Lose Their Prospect Status by Mid-Season 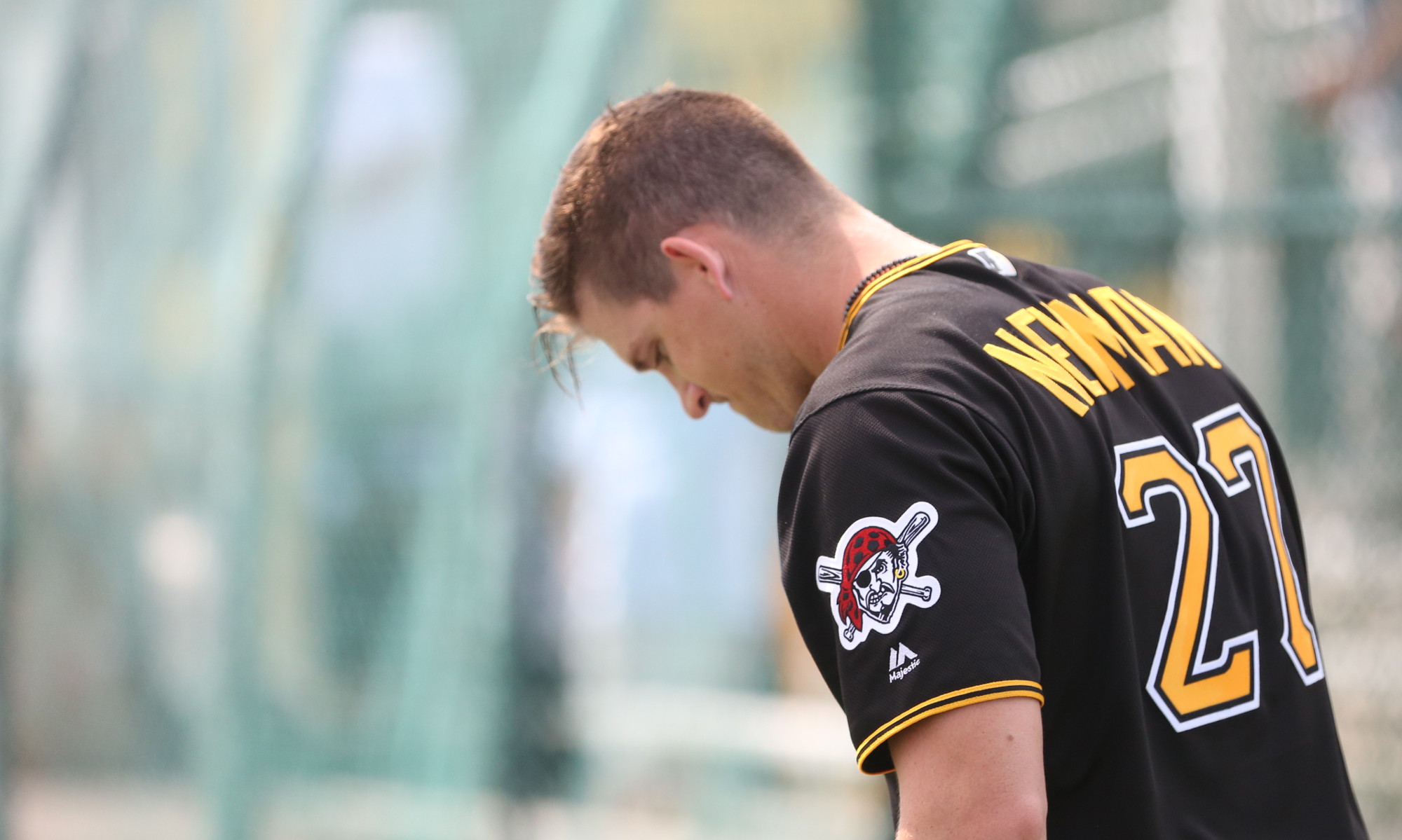 A few days ago, Tim Williams looked at which players had a chance to end up as the top prospect in the system by the end of the season. It included some scenarios where a player could lose their prospect status due to spending too much time in the majors this season, which would eliminate them from a chance at that top prospect spot. Today I wanted to look at the other top 50 prospects, showing who could lose their prospect status before we do our next update in July after the draft signing period comes to a close.

Before I go into the current names, I’ll mention that the cutoffs we use for being a prospect are 130 at-bats, 30 appearances for a pitcher, or 50 innings pitched. Once a player gets that 131st at-bat, a reliever makes his 31st appearance, or a starter/reliever reaches 50.1 innings pitched, we no longer include them as prospects. Some sources also use 45 days in the majors (not including Sept/Oct days) as a cutoff. We feel that if a player hasn’t reached any of those other three marks, they really haven’t had a chance, so using 45 days isn’t always applicable.

Tim Williams mentioned that the top three prospects, Mitch Keller, Ke’Bryan Hayes and Cole Tucker, all had a chance to lose their prospect status by the end of the season. I don’t believe any of them will lose that status before our mid-season updated top 50 is released, so I’m not including them here. I actually don’t believe anyone with no current Major League experience will graduate before the next update, though with almost 3 1/2 months before that update, it’s possible. Now for the players trying their best to get removed from the top 50.

Nick Burdi is a name I didn’t think would be on this list right now at the start of the season. He had just two appearances last year. As a Rule 5 pick, he is required to stay in the majors for 60 more days (90 total including his 30 from last year) and I figured he would be sent down after 60 days so he could get regular action in Triple-A. He may have changed those plans (more like assumptions) with his performance so far. Burdi has made nine appearances already, with 15 strikeouts in 7.2 innings. More importantly, he’s been pitching in important roles. As of today, I don’t think he will be eligible for our mid-season prospect update.

Pablo Reyes has a chance to leave this list too, though his early season performance (.087/.160/.087 in 14 games) is hurting those chances. He’s not far away thanks to his playing time received last September. He has 81 big league at-bats right now. I think he could get 50 more in the next approximately 100 days, even if he does end up back at Indianapolis when all of the injured players start to return. Reyes would still be the first or second depth option if he does get demoted early season.

Kevin Newman is currently injured, but no one is closer to graduating from prospect school. He’s expected back soon, at which time he will need just 29 at-bats. Since he’s the highest rated player on this list, his departure from the top 50 would affect the farm system ranking the most. That being said, it won’t be a big hit to the system. Neither would all three of these players graduating, as most people who rank farm systems care more about elite talent than strong depth.

Jacob Stallings highlights one of the flaws in our prospect rankings. If you use the 45 day cutoff, he’s no longer a prospect. In fact, he reaches a full year of service time in the majors today. He’s been at his ceiling for about two years now, which is a serviceable backup catcher. This is his fourth season in the majors, yet he has just 77 at-bats total. You don’t want to think about what would have to happen for him to get 54 at-bats in the next 3+ months, but at the same time, he’s good enough that him playing that much wouldn’t be a bad thing. Despite his lack of playing time, I think (I’m not confident) that the Pirates will keep him around when Elias Diaz returns, which could be today.

Jason Martin will probably return to Indianapolis soon. He’s doing well in a platoon role, but once Gregory Polanco returns, that would be a good time to send him back so he’s seeing regular at-bats. He has a better chance of losing his prospect status in September, especially since Corey Dickerson and Lonnie Chisenhall will both likely return a short time from now.

Indianapolis has a few players with big league time already, but none seem close enough to lose that prospect status. Clay Holmes is a reliever now, so even if he does get the call, he wouldn’t be piling up innings. Kevin Kramer was just up for five days and didn’t play once, so there’s no current chance he gets 94 at-bats with the Pirates before late July. Steven Baron and Alex McRae each got a quick look at the majors, but there’s no scenario that gets both of them significant big league time. Rookie Davis has 24 big league innings, but that comes with very poor stats during that time and he got roughed up in one of his two starts so far this season. I could see him getting 26.1 innings with the Pirates this year, but not without some September looks.

Today’s Starter and Notes: The Pittsburgh Pirates were off yesterday. They begin a seven-game homestand with three against the San Francisco Giants, starting tonight. Jordan Lyles will make his third start. He has allowed one earned run in 11 innings this season. His mound opponent will be Madison Bumgarner, who has a 3.12 ERA in 26 innings over four starts. He has an 0.92 WHIP, a .213 BAA and 23 strikeouts. Bumgarner allowed two runs over seven innings at home against the Colorado Rockies in his last start.

The minor league schedule includes the third start for Eduardo Vera in Indianapolis. He was supposed to go yesterday, but the game was rained out. Vera threw six shutout innings in his first game, then gave up three runs in the first next time out. He ended up allowing four runs over five innings in that game. Bradenton’s Domingo Robles has a 1.57 GO/AO ratio, an 0.88 WHIP and a .167 BAA. Pedro Vasquez makes his third start for Altoona after debuting in relief this season. Nicholas Economos gets the start for Greensboro. He made a spot start earlier in the season in which he picked up eight strikeouts in 3.2 innings.

Right in his wheelhouse,
A curve belted to the moon.
The play of the game.@Toyota | #RollTribe pic.twitter.com/jTaE9MAEvQ

This is how Indianapolis won it on Wednesday. It was ruled an error, which I believe was the right call. Long run, but seemed like an easy catch

Bottom of the ninth
Fans on the edge of their seats,
Craig sends everyone home.#RollTribe pic.twitter.com/z6SSXDXNgY

4/11: Gregory Polanco and Dovydas Neverauskas assigned to Indianapolis on rehab

Four former Pittsburgh Pirates players born on this date, all of them have played within the last 30 years. There is also a trade of note from the last World Series team in franchise history.

On this date in 1979, the Pirates traded shortstop Frank Taveras to the New York Mets in exchange for shortstop Tim Foli and minor league pitcher Greg Field. Foli was a big part of the 1979 squad and stuck around until the 1981 season, though he did come back briefly during the 1985 season. He hit .291 while setting career highs with 70 runs scored and 65 RBIs in 1979. In 587 plate appearances that year, he struck out just 14 times. Foli hit .333 in both the NLCS and the World Series.

The players born on this date are: Pitcher Zach Duke (2005-10), pitcher Joe Beimel (2001-03, 2011), pitcher Dennys Reyes (2003) and outfielder R.J. Reynolds (1985-90). Reynolds was acquired from the Dodgers in the 1985 Bill Madlock trade. He would hit .308 with 12 stolen bases and 17 RBIs in his first month with the Pirates. Reynolds played 616 games with the Pirates before being released. He then went to Japan for three seasons, before finishing his playing career in Mexico.

Two Opening Days from long ago of note. On this date in 1900, Sam Leever made his first Opening Day start, losing 3-0 to the St Louis Cardinals. Leever’s 194 wins with the Pirates ties him with Babe Adams for the second most in franchise history.

Ten years earlier, Pittsburgh defeated the Cleveland Spiders by a 3-2 score. They would win just 22 more games the entire season. The 1890 Pirates (then known as the Alleghenys) finished the season with a 23-113 record, the second worst record in Major League history.