Morning Report: Offense is Down Early in the Florida State League 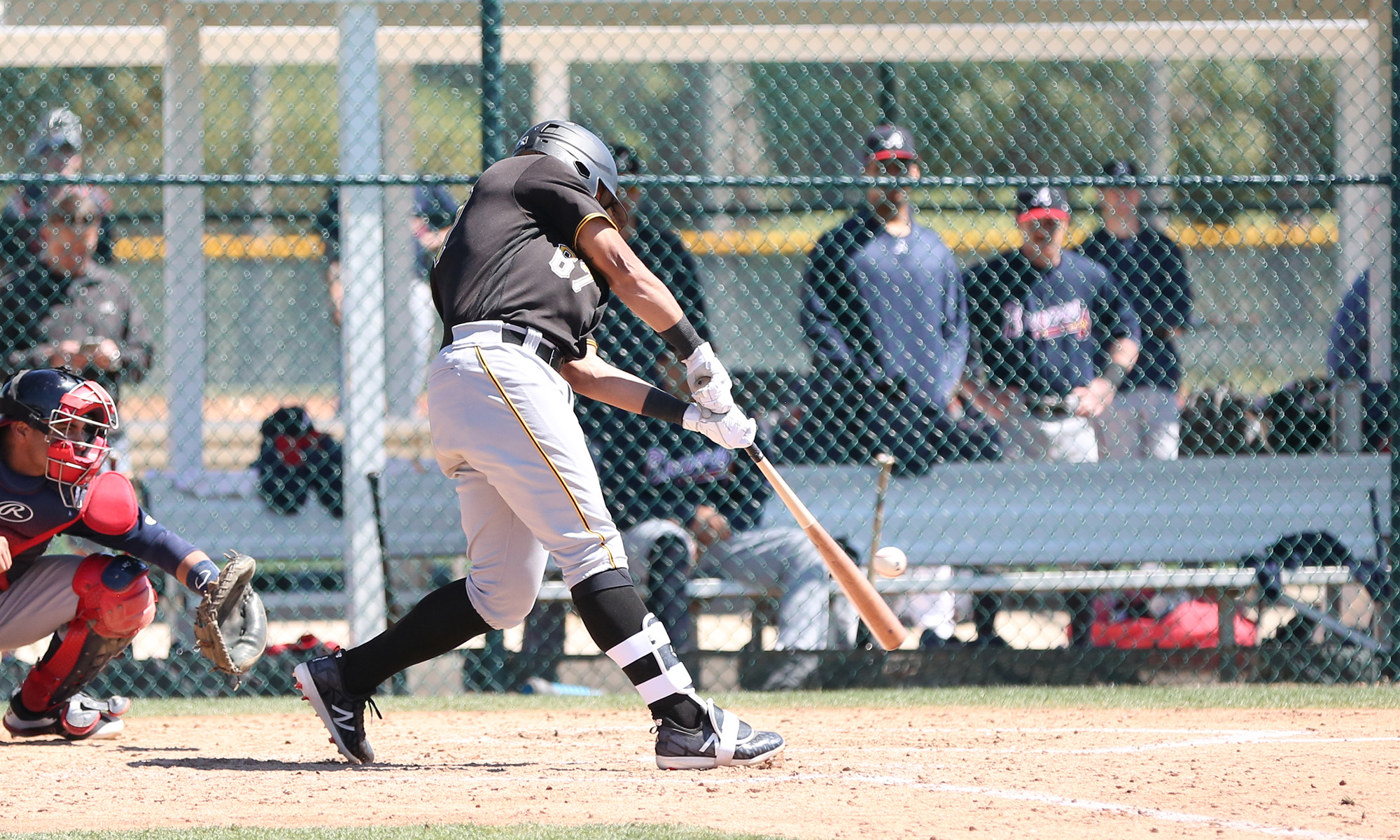 In yesterday’s Morning Report, we looked at the lack of hitting at Greensboro so far this season. I was looking around at the other teams in the system and noticed that the Bradenton Marauders were hitting just .239 as a team through Friday night. That’s nowhere near as bad as Greensboro at .215, but it still stands out as a low average. However, there’s a big difference between the two clubs.

Greensboro ranks near the bottom of their league in almost every offensive category, though they do lead the league in triples. Bradenton’s .239 average actually ranks them second in the entire Florida State League. Their .678 team OPS is just one point out of second place in the 12-team league.

A .678 OPS in the FSL isn’t bad under normal circumstances. It’s always a pitcher-friendly league, which has had a league OPS between .650 and .695 each year over the last five seasons. So a .678 mark is basically league average over that time. That’s not true this year. The entire league has a .635 mark and they’re batting .225 as a group.

If you’ve ever watched Spring Training games, you know that there are a lot of wind-aided homers. Even fly balls will drop in often due to the wind. That carries into April for the FSL most years, so the offense usually starts off stronger and then levels off as the humid summer sets in, with their daily afternoon rain storms.

We have often seen players start off hitting well in the league and level off at the end. Jared Oliva was a glaring example of that last year, with nine homers early, then not one in his final 201 plate appearances. Playing a full season in the FSL is brutal by the end of the year and players have often said to us that they thought they had homers in the summer, only to see the ball not even reach the warning track.

That’s what makes the slow offense in the league somewhat surprising this year with just over 10% of the season in the books. I can’t imagine that the entire league is peaking now and will do even worse throughout the rest of the season, but that’s what usually happens for the Marauders and their opponents. It puts a little perspective in the slow start for players like Travis Swaggerty and Michael Gretler, but also looks good for the players like Calvin Mitchell, Dylan Busby and Daniel Amaral, who all have an OPS above the .900 mark.

Today’s Starter and Notes: The Pittsburgh Pirates won 3-1 over the San Francisco Giants on Saturday night. Game three of the series is today, with Chris Archer returning from his suspension to face 26-year-old right-hander Dereck Rodriguez. Archer faced the Washington Nationals in his last start and allowed one run over seven innings, while striking out nine batters. Rodriguez has a 3.63 ERA, a 1.07 WHIP and 18 strikeouts in 22.1 innings over four starts. He gave up one run over five innings against the Nationals in his last start.

The minor league schedule includes just one game today, as most of the minor leagues are off for Easter Sunday. Indianapolis will send out Mitch Keller to make his fourth start. He had 14 strikeouts and a 1.78 GO/AO ratio in 14 innings, but that hasn’t equaled success this season. Keller has a .321 BAA, a 2.00 WHIP and ten walks. His last start was his best, allowing one run over a season long 5.1 innings, though that came with 11 base runners allowed.

From Indianapolis, Will Craig snags this line drive for a web gem

Here’s a prospect double play, Tucker to Kramer to Craig

and a hitting highlight from Altoona. Bligh Madris lining a tough pitch into right field

After Richmond took a 2-1 lead in the second, we're tied once again as @Bligh_Guy brings in @StephenAlemais pic.twitter.com/iEmnUPkANe

4/11: Gregory Polanco and Dovydas Neverauskas assigned to Indianapolis on rehab

Five former Pittsburgh Pirates players born on this date, with three of them playing during this century. Kip Wells, Ronnie Paulino and Jack Taschner all put in time during the down years between playoff appearances.

Others born on this date include shortstop Stan Rojek, who was a member of the Pirates from 1948 until 1951. Rojek didn’t have a career that stands out in the majors, but he did serve during WWII, missing three years of his playing career in the process.

Speaking of Rojek, the first year he served in the military was 1943 and that year was the only time the Pirates opened up a season on April 21st. Like every other team in baseball, the Pirates has players leave to serve in the military. The club was still strong enough that season to finish with an 80-74 record. On Opening Day, Pittsburgh won 6-0 in Chicago with Rip Sewell on the mound. He pitched a complete game and Vince DiMaggio drove in two runs. You can see the boxscore here.

On this date in 1916, the Pirates lost an appeal from a day earlier, but it brought about a rule change from the league. Runner Doc Johnston was called out at third base when he was touched by third base coach Jimmy Callahan, even though the ball wasn’t in play at the time. The league announced the next day that umpires will no longer call players out for making contact with the coach unless it directly helps them in anyway, such as a coach pushing them back/towards the next base.

We add a fifth birthday to the April 21st crowd this year. Recent research has updated the birthday of 1894 third baseman Fred Hartman from April 25th to April 21st. Hartman was a local player, who played in the minors all over Pennsylvania. He finally got a chance after five minor league seasons to play for his local Major League team, when the Pirates signed him to be their backup infielder. He ended up hitting .319 over 49 games, during his only season with the Pirates.