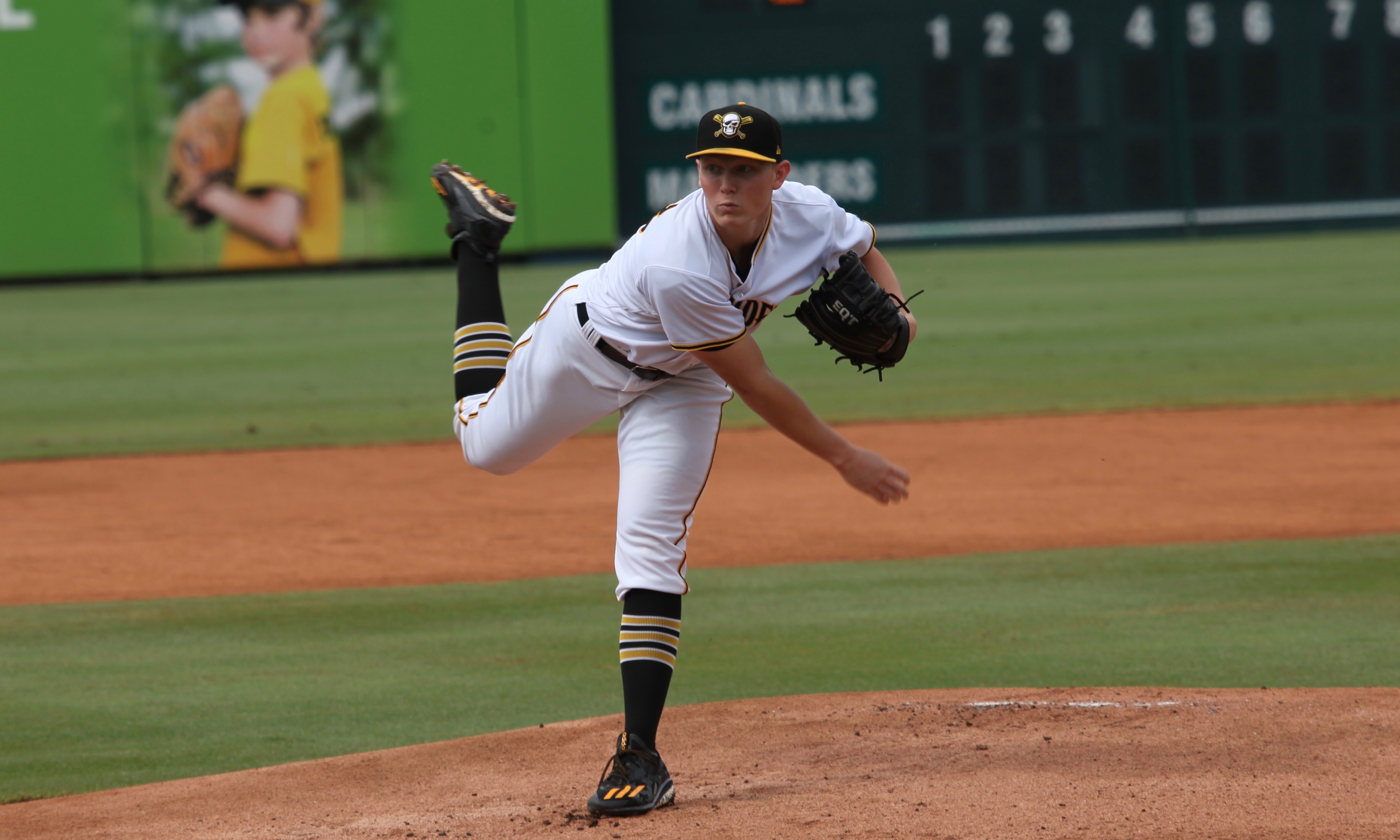 Indianapolis beat Louisville, 2-1, in 11 innings, as Mitch Keller had easily his best start of the season.  Keller allowed just two hits over six shutout innings, striking out eight.  It wasn’t a flawless performance as some control problems persisted — Keller walked three and threw only 51 of 92 pitches for strikes — but it was a significant improvement over his prior outings.

The Indy bullpen pitched hitless ball for the next five innings.  Brandon Waddell followed Keller with two and a third scoreless innings, striking out four.  He walked two in the ninth, though, and left with one out for Clay Holmes.  After an out and another walk to load the bases, Holmes got a called third strike on a 3-2 pitch.  The game remained scoreless into the top of the tenth, when Louisville pushed across the free runner against Holmes without a hit, doing it with a bunt and a fly ball.  (That free runner rule sure does lead to some exciting baseball!)

Indy had a golden opportunity to win the game in the bottom of the tenth when Trayvon Robinson started the inning with a triple, driving in the free runner to tie it.  But they blew the chance with three weak groundouts.  Tyler Lyons got through a scoreless eleventh, partly because catcher Steve Baron picked off the free runner.  Indy finally ended it in the bottom half when two walks loaded the bases and Eric Wood singled.

The Indians’ didn’t get a lot of offense, with eight hits, two of them by Robinson, who also had the only extra-base hit.  Ke’Bryan Hayes and Will Craig both appear to be slumping.  Hayes went 0-for-3 and is batting .192 in his last seven games, although he did walk twice in this game.  Craig went 0-for-3 and is 0-for-16 with eight strikeouts in his last four games, as he seems to be getting a steady diet of breaking balls.  Lonnie Chisenhall continued his rehab, playing seven innings in right and going 1-for-3.  Indy is a bit shorthanded right now, with all the promotions, and used pitcher Rookie Davis to pinch hit for Keller.

Altoona was off on Sunday

Bradenton was off on Sunday

Greensboro was off on Sunday