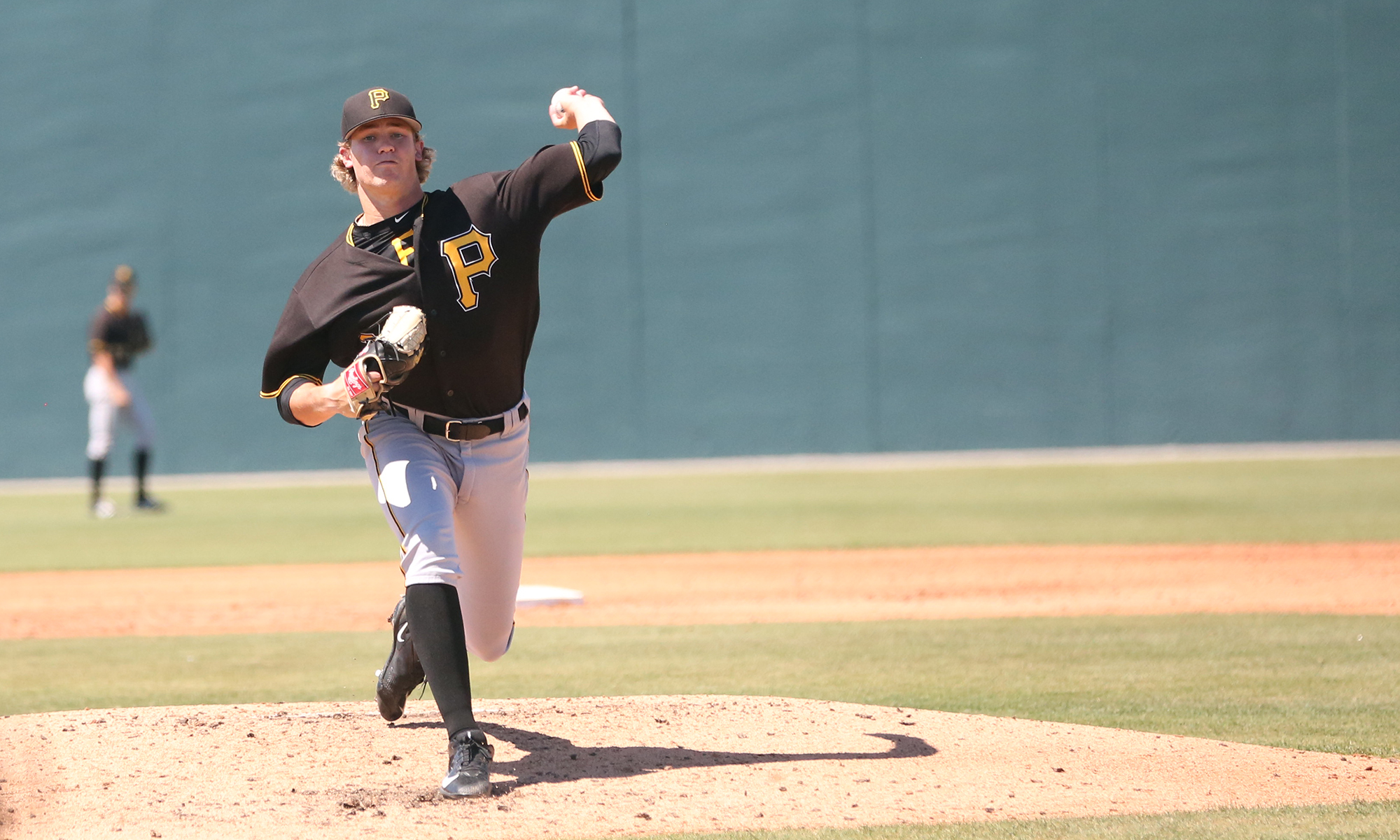 Indianapolis won 9-6 on Tuesday night. Rookie Davis made his season debut and had a rough outing. In 3.1 innings, he gave up five earned runs on four hits and four walks, striking out three batters. He was followed by Geoff Hartlieb, who danced around four base runners to throw 1.2 shutout innings. Three of the runs charged to Davis were inherited runners let in by Hartlieb. Tyler Lyons allowed one run over two innings, while Michael Feliz and Montana DuRapau closed out the game with one scoreless frame each.

Elias Diaz moved his rehab up from Bradenton to Indianapolis on Tuesday. He went 2-for-4 with a double, run scored and an RBI. Diaz caught seven innings. He has yet to catch a full game or catch on back-to-back days, which he will likely do before he makes his big league debut.

Altoona lost 4-3 for their first defeat of the season. James Marvel had an outstanding first start of the season five days ago, allowing one hit over six shutout innings, with no walks and nine strikeouts. He couldn’t back that start up with another big game on Tuesday. Marvel allowed four runs on eight hits over 5.2 innings. He had no walks, three strikeouts and a 10:1 GO/AO ratio. Sean Keselica relieved Marvel and tossed 1.1 scoreless innings. Beau Sulser threw shutout ball in the eighth.

The Curve got all three of their runs on solo homers. Hunter Owen hit his second homer of the season in the second inning. Robbie Glendinning added his first home run in the fifth. Mitchell Tolman capped off the scoring with his first homer in the ninth. Jerrick Suiter and Bralin Jackson each had two hits.

Bradenton lost 3-2 to Charlotte, dropping them to 4-2 on the season. Domingo Robles started and was pitching a gem until the sixth inning. He had a no-hitter broken up by a bunt single to lead-off the sixth. That was followed by a double and a home run to put three quick runs on the board. The only other runner in his six innings was a fourth inning walk. Robles struck out six and had a 6:3 GO/AO ratio. Blake Cederlind and Ryan Valdes tossed a scoreless inning each.

Oneil Cruz hit his first home run of the season in the fifth. He also drove in the other Bradenton run with a ninth inning ground out. The Marauders had just three other hits besides the homer by Cruz. Travis Swaggerty had a single, walk and a run scored. Raul Hernandez and Michael Gretler each added a single. Lucas Tancas went 0-for-4 with four strikeouts.

Greensboro played a doubleheader on Tuesday night. Game one was the first start of the season for Braeden Ogle, who last pitched on April 27th last year. He missed the rest of the season with shoulder inflammation, including a setback during his rehab. Ogle pitched a strong game, allowing one on three hits, with one walk and five strikeouts in five innings. He threw 40 of 63 pitches for strikes. The lone run scored on a fifth inning home run. Ogle was up to 95 MPH early in this game. Joe Jacques followed with three perfect innings, picking up four strikeouts. Logan Stoelke allowed two runs in the tenth (one earned) in the 3-1 loss.

This game was also the season debut of Jonah Davis, who was out with an ankle injury that occurred late in Spring Training. He went 0-for-2, playing five innings in center field (he was scheduled to play five innings). Greensboro had just four hits and an RBI double by Mason Martin was the only extra-base hit. Connor Kaiser had a single, walk and scored the only run. Chase Lambert and Zack Kone added singles.

In game two, Nicholas Economos got the spot start, with odd results. He allowed just one run over 3.2 innings, giving up seven base runners, while striking out eight batters. Cam Alldred gave up one run over 2.1 innings. Shea Murray pitched the seventh and allowed two runs on two walks, a hit batter and three wild pitches. He also struck out three batters, as Greensboro lost 4-0.

The Grasshoppers had just four hits in the game, all of them singles. They also failed to draw any walks. Lolo Sanchez was the only batter to reach twice, as he went 1-for-1 with a hit-by-pitch.