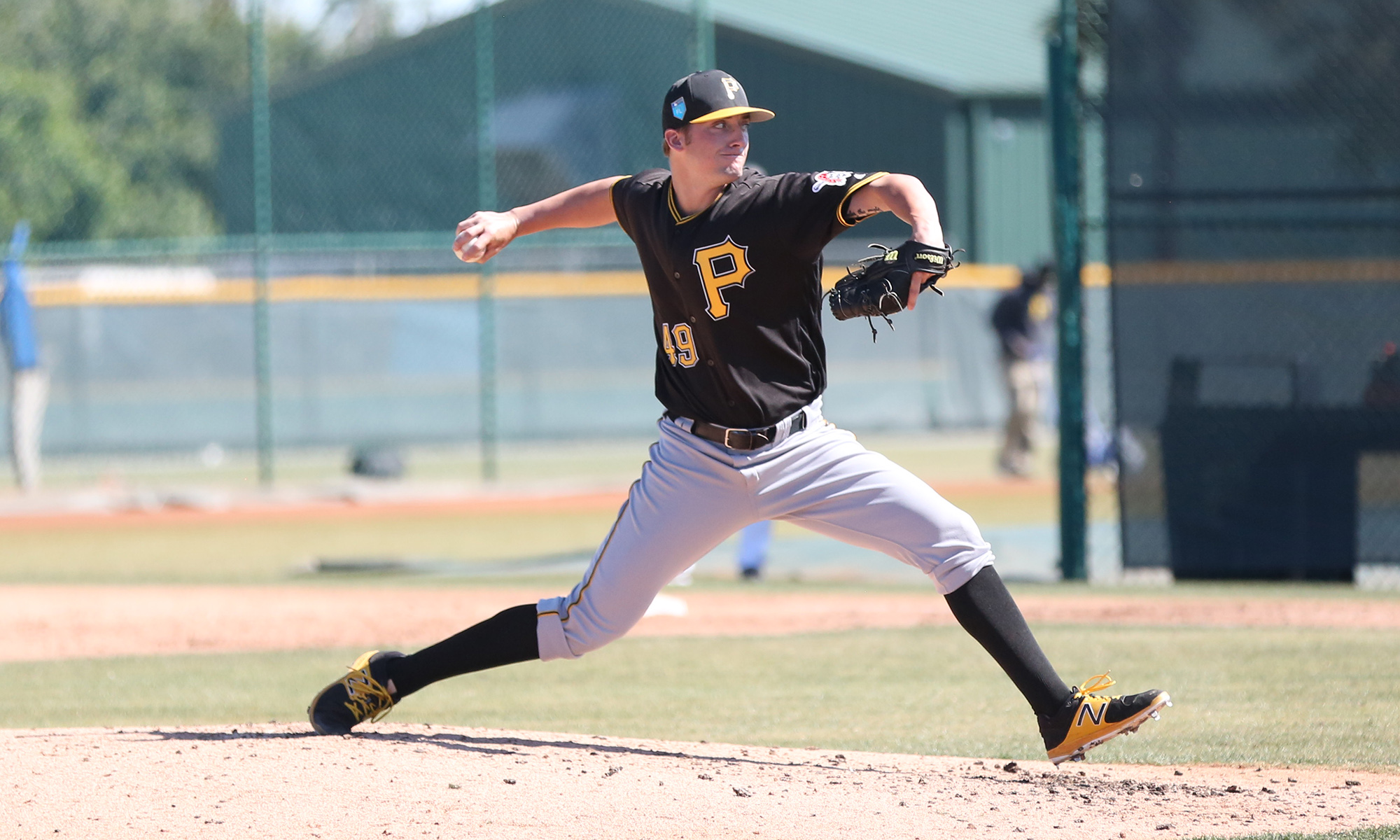 Indianapolis was rained out on Thursday. No makeup date has been announced yet.

Altoona lost 8-4 to Richmond. Scooter Hightower got the start and went four innings, giving up five runs (four earned) on six hits and a walk, with two strikeouts. Sean Keselica followed and kept his ERA at 0.00 with two scoreless innings. He was followed by Angel German, who allowed three runs in his second inning of work.

The Curve mounted a comeback late, as they had two men in scoring position and trailed 8-3. Stephen Alemais singled home a run, but Bralin Jackson, who was on second base, was thrown out at home to end the game. Alemais went 2-for-5 with an RBI and a run scored. Arden Pabst went 2-for-4 with his second double, first triple, and two runs scored. Logan Hill went 2-for-3 with his fifth double, a walk and an RBI. Bligh Madris had an RBI single and his first stolen base.

Bradenton won 3-2 with a walk-off single from Lucas Tancas in the tenth inning. Cody Bolton got the start and went five innings, allowing one unearned run on four hits, with two walks and three strikeouts. Bolton had a long first inning, extended by a Nick Franklin error that allowed the only run to score. That raised his pitch count early and limited him to just five innings. He threw 84 pitches, with 52 going for strikes. Bolton has now allowed two earned runs over three starts. Luis Escobar followed with two shutout innings, facing the minimum despite allowing one hit. He had two strikeouts. Escobar has yet to give up a run this season. Joel Cesar followed with one run over three innings, allowing his first run of the season on a solo homer in the ninth.

Chris Sharpe got the Marauders on the board early with a long home run to left field, his second homer of the season. Calvin Mitchell gave them the lead in the seventh with an RBI double, his second of the season. He went 2-for-4 with a walk, and now has an .853 OPS. Sharpe, Tancas and Daniel Amaral each had two hits in the game. Nick Franklin played his second game of the season, returning from a Spring Training quad injury. He had a rough night. Besides the costly error early, he also went 0-for-5 with four strikeouts. Travis Swaggerty also went 0-for-5. He’s in a 1-for-22 stretch.

Greensboro lost 6-1 to Delmarva. Brad Case was dominant in his first two starts, but two early homers ended up putting three runs on the board. He threw shutout ball over his final three innings, ending with three runs on eight hits and a walk, in five innings. Case had two strikeouts and a 4:3 GO/AO ratio, while throwing 49 of 79 pitches for strikes. After going just three innings in his last start, Braeden Ogle pitched in relief tonight and he gave up three runs in the sixth, serving up two homers. There will be much more on Ogle tomorrow morning. Nick Mears threw two shutout innings, picking up three strikeouts. He now has 13 strikeouts in 7.2 innings. Shea Murray came out for the ninth and tossed a scoreless frame.

This was another rough night on offense for the Grasshoppers…except for Rodolfo Castro. He went 3-for-3 with a walk and his first home run of the season. The rest of the team went 3-for-31 with ten strikeouts. Lolo Sanchez hit his second double of the year. He also picked up an outfield assist. Only three batters in the lineup had an average over .200, including Zack Kone, with a .209 mark.