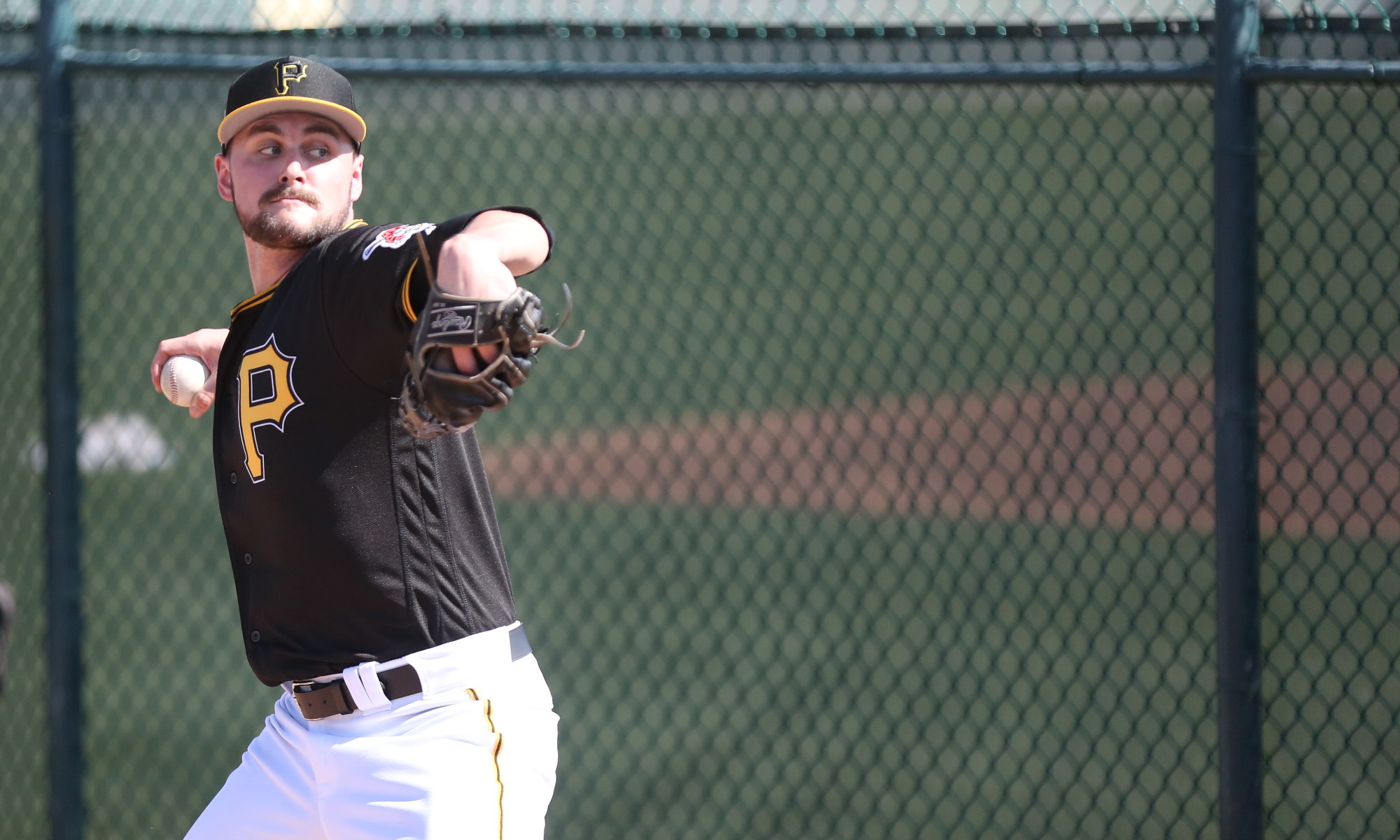 Indianapolis defeated Toledo on Monday night by a 9-1 score. JT Brubaker made his third start and allowed just four hits over 5.1 shutout innings. He didn’t walk any batters, struck out five, and posted a 7:1 GO/AO ratio, while throwing 56 of 87 pitches for strikes. After throwing that 87th pitch, Brubaker was favoring his arm and pointed to elbow, then left with the trainer. He wasn’t in any noticeable pain in the replay of the last pitch or afterwards, so it could just be them being cautious with someone at a high pitch count already. It’s something to watch though.

Geoff Hartlieb followed with 1.2 scoreless innings and three strikeouts. He has thrown six shutout innings this season despite seven walks. Dovydas Neverauskas loaded the bases on a hit, walk and HBP, but managed to throw shutout ball in his lone inning of work. Clay Holmes came on to finish things off and gave up a run, while also striking out three batters in the ninth.

Cole Tucker continued his early season success, collecting three hits, including his third double and first triple. He also scored two runs. Tucker has a .356 average and a 1.031 OPS. Gregory Polanco and Will Craig each drove in two runs. Polanco went 2-for-5 with two singles and a run scored. Craig hit his second double of the season. Bryan Reynolds hit a solo homer in the fourth inning, his fourth of the season. Elias Diaz caught the entire game for the second time, so he should be close to returning. At the plate, he went 1-for-4 with a double and a walk. Jake Elmore is batting .405 after going 3-for-4 with two runs and two RBIs.

Altoona lost 4-2 to first place Harrisburg. James Marvel started and last just four innings due to his pitch count. He allowed just one run on four hits and a walk, while striking out six batters. Marvel threw 82 pitches, with 54 going for strikes. Yeudy Garcia went three innings and gave up a run. It was the first run he’s allowed this season in nine innings of work. Vicente Campos took the loss with two runs in the eighth, before Sean Keselica threw shutout ball in the ninth.

Jared Oliva returned to action on Monday night. He was injured during the first inning on Opening Day and has been on the injured list until today. He went 2-for-4 with a single, double and run scored. Stephen Alemais helped with both runs, driving in Oliva for the first run, then scoring on a sacrifice fly by Jerrick Suiter.

Bradenton won 4-1 over Tampa. Aaron Shortridge made his third start and pitched terrific, throwing shutout ball for six innings on two hits and a walk. He had four strikeouts, a 7:4 GO/AO ratio and threw 47 of 71 pitches for strikes. Shortridge has now allowed one run in 17 innings of work. Drew Fischer followed with two shutout innings and three strikeouts. In six innings this season, he has allowed one hit and one walk. Blake Cederlind tried to close it out, but he left with two outs, bases loaded and the winning run at the plate. Luis Escobar came on and struck out the batter to end the game.

The Marauders got on the board in the fourth inning on a two-run homer from Calvin Mitchell, his third of the season. Adrian Valerio added a run in the seventh on an RBI single, then Dylan Busby capped off the scoring with a solo homer in the ninth. Chris Sharpe hit his first double and first triple of the season. Lucas Tancas had two hits. Jesse Medrano had a single, walk, run scored and stolen base.

Greensboro lost 5-4 to Augusta. Steven Jennings made his third start and he got roughed up early and late in this one. Jennings served up a two-run homer with one out in the first inning, then cruised through the next 3.2 innings. In the fifth inning, he allowed three runs on three hits and a walk, before being pulled with one out. Jennings has a 7.90 ERA so far this year. Joe Jacques followed with 1.2 shutout innings, then Samuel Reyes retired all six batters he faced, three by strikeout. He has thrown nine shutout innings this season, giving up three hits, two walks and racking up 13 strikeouts.

Jonah Davis has been slow to get going after a spring ankle injury. He’s just 2-for-17 with ten strikeouts, but one of those hits was a three-run homer tonight, his first of the season. He hit 12 last year in 51 games with Bristol. Connor Kaiser hit his first double, walked twice and scored two runs. Zack Kone hit his second double and also walked. Five batters in the lineup are hitting under .180 through 12 games.