Season Preview: The Pirates Have a Lot of Potential Upside in Extended Spring Training 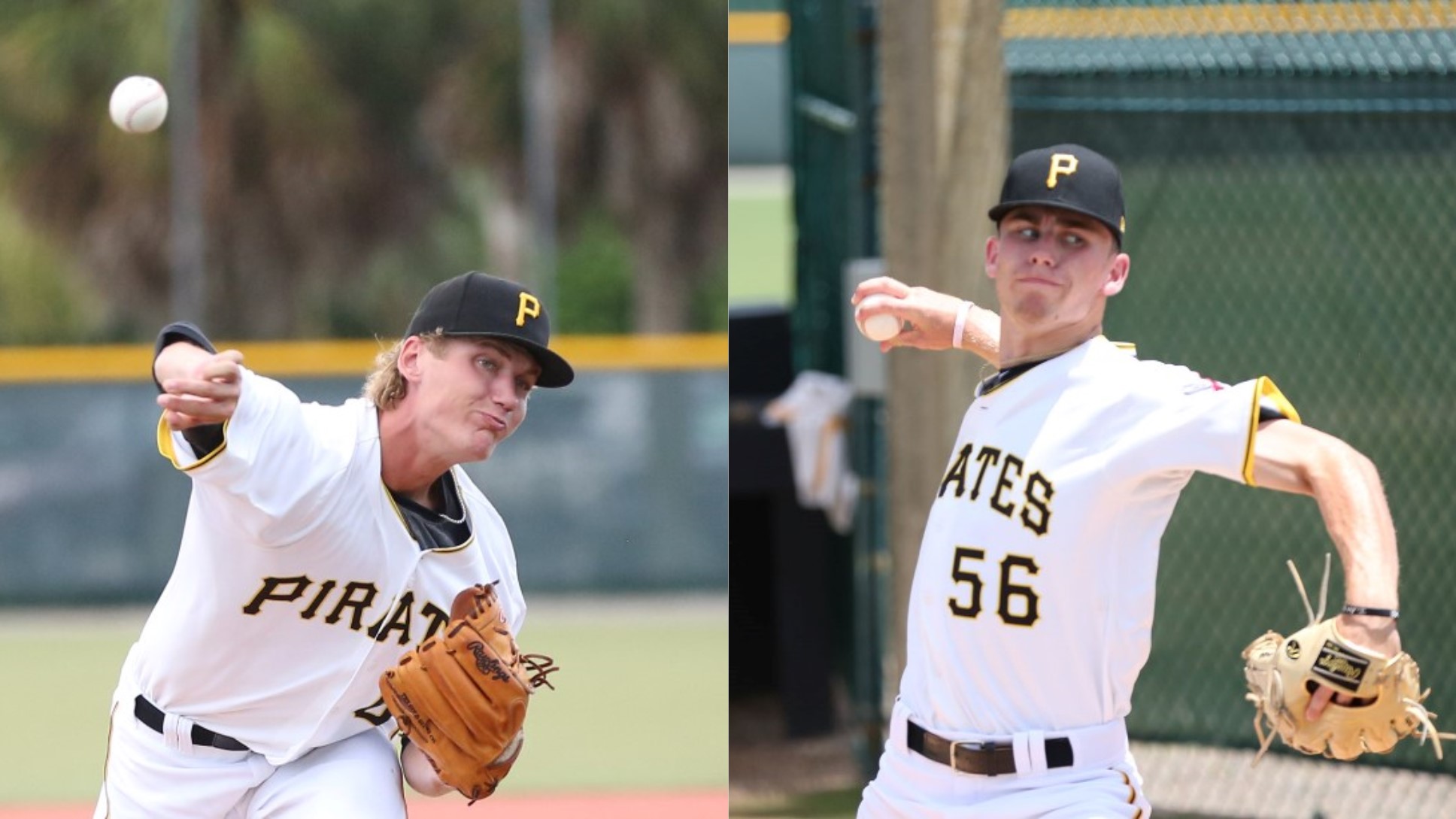 We have posted season previews for all four full-season affiliates of the Pittsburgh Pirates. Those are linked below. Now it’s time to take a look at the players who are currently at Pirate City taking part in Extended Spring Training. These are the players who are either going to end up in the GCL, at Bristol, or at Morgantown this season. Some of the older players will see time with Greensboro whenever an injury or a promotion opens up a roster spot.

This year has a major difference at Pirate City right now. All of the 2019 Dominican Summer League players are there for Spring Training. That’s because the Pirates are currently expanding their Dominican academy. So while the work is being done there, the players are going through their Spring Training in the U.S.

The players right now at Pirate City are split into four teams. You have the Black and Gold teams, which are guys who are staying in the U.S. Then you have the Pirates 1 and Pirates 2 clubs. They will be returning to the Dominican next month, so I won’t focus on those players today. They will all be covered in the DSL season preview.

The Black squad has seven top 50 prospects in the system. It’s led by pitchers Braxton Ashcraft, Tahnaj Thomas, Michael Burrows and Santiago Florez.  Ashcraft and Burrows were 2018 draft picks, with Ashcraft signing for $1.825 M in the second round, and Burrows receiving a $500,000 bonus in the 11th round. Thomas was acquired over the off-season from the Cleveland Indians in the Jordan Luplow/Max Moroff trade. Florez was a top signing out of Colombia in 2016, who doesn’t turn 19 until next month.

Thomas is currently dealing with a minor shoulder injury, but expects to be back on the mound soon. The other three players all received a lot of praise for their spring work so far, with Florez getting the best reports. There is a ton of potential upside with this group.

Some other pitchers on the Black squad, who aren’t top 50 prospects, but have received praise this spring includes Luis Nova, Cristofer Melendez and John O’Reilly. Nova looked strong at times last year in the GCL, throwing a low-90s fastball and a solid breaking ball. Melendez was acquired from the White Sox via the San Diego Padres during the minor league portion of the Rule 5 draft. He’s a 21-year-old right-hander with four years of experience in the DSL, so he appears to be a late bloomer. O’Reilly was a non-drafted free agent last year. He has added about 20 pounds this off-season and now sits 93 MPH, hitting 95 at times. O’Reilly has also seen a lot of improvements with his cutter this spring. He was in the 89-91 MPH range out of college.

Other pitchers of note on the team include Zach Spears, Will Gardner, Denny Roman, Roger Santana and Jesus Valles.

On the offensive side, they are led by 19-year-old shortstop Ji-Hwan Bae, 19-year-old outfielder Jack Herman and 18-year-old outfielder Jean Eusebio. Bae was the top international signing for the Pirates during the 2017-18 signing period, while Eusebio was the top one in 2016-17. Herman was the 30th round pick last year, who tore up the GCL after signing for a $50,000 bonus. All three are top 50 prospects in the system.

Players of note outside the top 50 include Conner Uselton, Francisco Acuna and Fernando Villegas.

While the Gold team doesn’t have any top 50 prospects, they do have players who could end up on the list by mid-season. Most of their players aren’t eligible for our top 50 yet because this is the first time that they have been in the U.S., outside of four weeks in the Fall Instructional League.

We wait until the play in the U.S. first before ranking them, however, we do a top ten prospect list for the DSL players, based on reports we get for the team. Eight of those players in the top ten are on the Gold team this spring, while the other two are Denny Roman and Jesus Valles, who are on the Black team. That means that all ten of the top DSL prospects from 2018 will be in the U.S. this year. That group includes the intriguing trio of outfielders Juan Pie, Angel Basabe and Daniel Rivero. You also have Yoyner Fajardo, who was the best hitter for either DSL Pirates club, plus Emilson Rosado, who is a power prospect at third base. Shortstop Norkis Marcos was one of the bigger signings for the Pirates during the 2017-18 international signing period.

The top pitching prospect for the Gold team is Bryan Torres, who was the top pitcher signed during the 2017-18 international signing period. He’s still just 17 and a work in progress, so he might take a little while before we see results. Jose Maldonado is currently the best looking prospect on the team, with a fastball that touches 95 MPH and some excellent off-speed offerings. They also have Yordi Rosario, who was acquired from the White Sox in the Ivan Nova trade, Estalin Ortiz, a big lefty that hits mid-90s, Oliver Mateo, a wild right-hander with a 100 MPH fastball, and 6’5″ Wilkin Ramos, an 18-year-old, who was acquired from the A’s in the Tanner Anderson trade.

Between the two teams, there’s a good chance that a player I didn’t mention will take big steps towards becoming a prospect before the short-seasons begin in June.

Here are the other season previews: