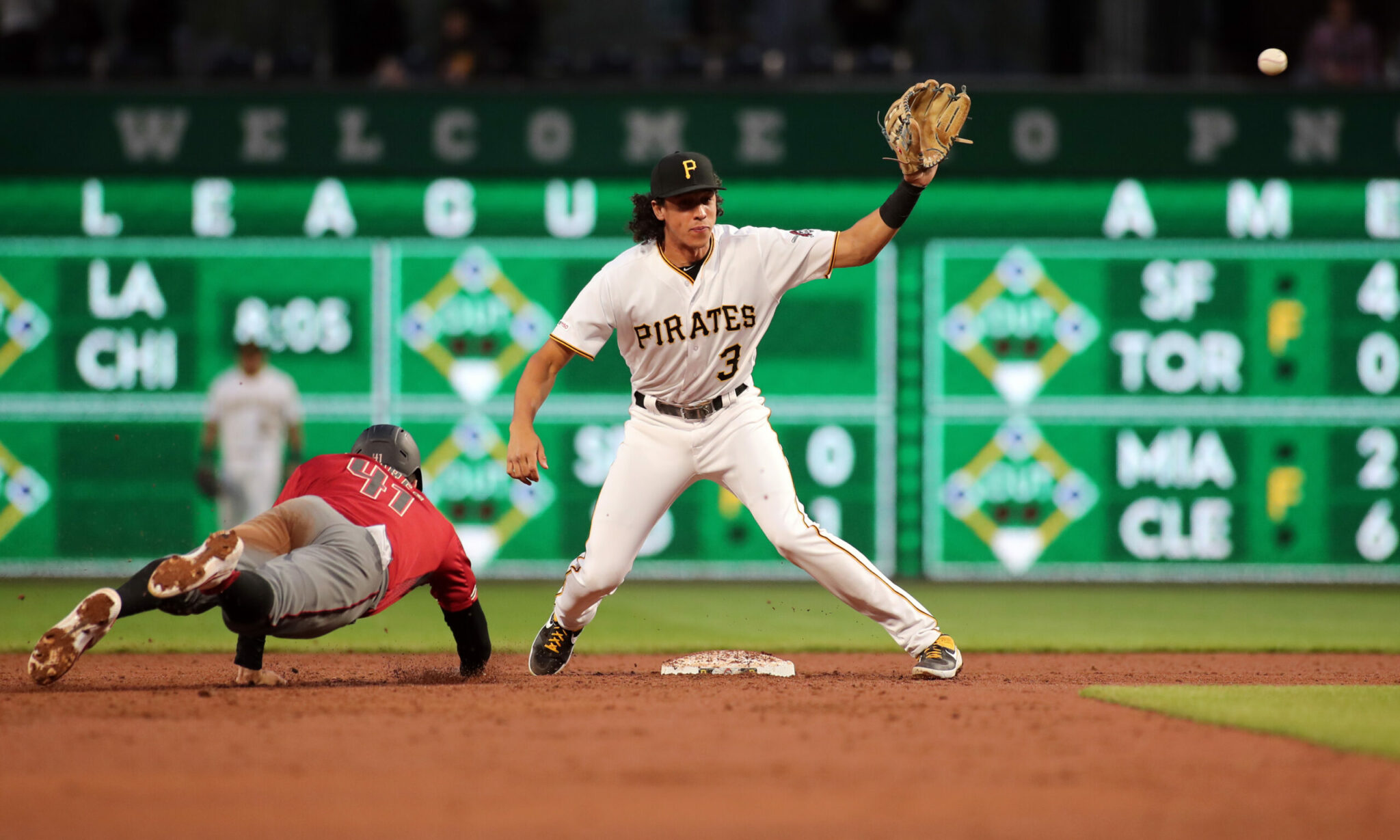 Count me among the many, many fans who were shocked when they saw the news that Cole Tucker was called up to start at shortstop less than a month into the season.

Tucker has always been a hard prospect to pin down. At first, many thought he appeared to be an overdraft in the first round; however, reports eventually surfaced showing that this probably wasn’t the case. He was one of the youngest players selected in his draft, and aggressive pushes have always left him significantly below the average age for the league he’s played in.

A significant shoulder injury threatened his future as a shortstop, but all reports, grades, and performances make it appear that he overcame that hurdle. Despite the defensive progress—to go with speed on the bases—the offense continued to be yet another question in Tucker’s early career. Finally, despite being on the precipice, he was never considered a Top 100 prospect according to Baseball America.

After a strong second half in Altoona in 2018, plus significant performances in the Arizona Fall League and Spring Training, many fans were wondering if Tucker should have opened 2019 as the starting shortstop, especially considering the uninspiring choices the Pirates had already assembled.

That’s simply not how the club operates, however, and it was reasonable to expect Tucker to get significant at-bats at the Triple-A level and see if the progress was real. He certainly started off strong, with a .333/.415/.579 line and 3 home runs in only 66 plate appearances. That’s obviously an encouraging start, but it was still just as surprising when he got his first Major League call in mid-April. For many, Super Two considerations were one of the main factors in this surprise development.

Many fans express consternation with Super Two, as they feel the Pirates hold down players that could help the team in an effort to save money in the future. Tucker was no different, but he was expected to be a call-up later in the year, so service time manipulation wasn’t really expected. However, this has suddenly become a topic to consider.

Tucker was recalled on April 20th, or the 24th day of the season. Since Tucker was already on the 40-man roster, his option status needs to be considered when counting his service time. It takes twenty total days on option to officially use an option year; otherwise, any days under twenty get counted as major league service. Since Tucker was on option for more than twenty days, his major league service for the season will simply only be the days he spends on the active roster.

If he never goes back to the minors—a major factor that rarely gets considered—Tucker will accrue 163 days of service (shown as .163) in 2019. Despite the season spanning 186, it only takes 172 days to accrue a full year of service, so Tucker would fall short of that mark by just nine days, allowing the Pirates to secure the ever important seventh year of service.

The “Super Two Deadline” is often used as a misnomer among those who utter it, as there is not an official deadline, so to speak. Truthfully, prospects making their debuts this season who could end up being Super Two qualifiers will not be known until after the 2021 season at the earliest, as that’s the minimum amount of time it would take to accrue between two and three years of service.

Again, if Tucker is never sent back down, he would have 2.163 years of major league service after 2021. While we won’t know the official Super Two number until then, this amount would clearly qualify him, as the prior five-year average is 2.130.

Tucker’s performance—which after a fast start has been inconsistent to put it kindly, on offense at least—could be a driving factor in his roster status, but a path exists for Tucker to see continued time on the major league roster. Erik Gonzalez won’t be available for a while after clavicle surgery, and there are limited middle infield options available at the moment.

So, since we have Tucker’s service situation established, another interesting question exists—are the Pirates even concerned about it?

This season, prospects such as Tucker, along with Jason Martin, Bryan Reynolds, Montana DuRapau, and Geoff Hartlieb have also been brought up earlier than usual. Of course, the likelihood of these prospects spending the entire year in the majors is slim-to-none—Martin has already been sent down—but it got me thinking if recent history shows a new trend that may not have been present in the past.

Going back to 2009—the earliest available daily transaction data I could find—the Pirates have had 85 players (by my count) make their major league debut with the team. From 2009 to 2015, there were 50 such debuts, and 14 of them, or 28%, happened before what would eventually end up being the official Super Two deadline for that year. Of those 14, half of the players started the season with the team, four of which were Rule 5 Draft picks that had to spend the season in the majors to secure the player’s rights.

Interestingly enough, zero of these 14 call ups were ever Top 100 prospects. Prospects that meet that status for the year they were eventually called up were Andrew McCutchen, Pedro Alvarez, Starling Marte, Gerrit Cole, and Gregory Polanco.

Per the Pirates’ development strategy, the team prefers to have a defined role for this caliber of prospect, and they don’t like to have to send them back to the minors once they’ve been called up. Aside from three days in the minors for Cole to secure an extra roster spot, this plan held true for McCutchen, Marte, and Cole. Alvarez didn’t go back down in 2010 when he was originally recalled and started 2011 in the majors, but he was sent down for 37 days that season after some pronounced struggles. Polanco only spent eight additional days in the minors after his initial recall, so all-in-all the Pirates seemed to be following this development system.

From 2016 to now, the trend looks slightly different. Of the 35 players making their debuts, 17 of them, or roughly 49%, were before an actual or estimated Super Two date. Breaking it down to the Top 100 prospects, that number is three out of seven. Of those three, only Meadows was a Top 100 player the year he was called up, but three times in four seasons is three more than the previous seven seasons combined.

As for those seven top prospects in total, players such as Alen Hanson, Tyler Glasnow, Josh Bell, Kingham, and Meadows spent at least some time back in the minors after their initial recall, more than any of the previous players discussed at least.

Given those names—plus the likes of the prospects called up already this season—is it possible the Pirates’ theories on development are changing, even slightly? Instead of filling immediate needs due to factors such as injury and ineffectiveness with veteran stopgaps or lower ranked prospects, they are showing the propensity to call-up higher touted prospects to temporarily fill those voids, despite them not having the experience in Triple-A that seemingly used to be a prerequisite.

Now trust me, I understand samples of 50 and 35 are not statistically relevant. Also, it’s more than likely they weren’t actually concerned about the Super Two status of players like Wilfredo Boscan, Gift Ngoepe, and Danny Ortiz when they were called up early. It’s also true that the Pirates haven’t paid a fourth year of arbitration in the years sampled. The closest were Neil Walker, who made it through three arbitration years before being traded, along with Garrett Jones and Jared Hughes, who were both paid for two years of arbitration.

Sure, it may be easy for the cynic to predict that this aversion to actually paying for four years of arbitration will continue, but trends are showing that it’s at least fair to ask whether the Pirates aren’t as worried about the status of young players on the front end as they were in the past. It’s certainly something that bears watching in the future.