Morning Report: All Or Nothing Hitters 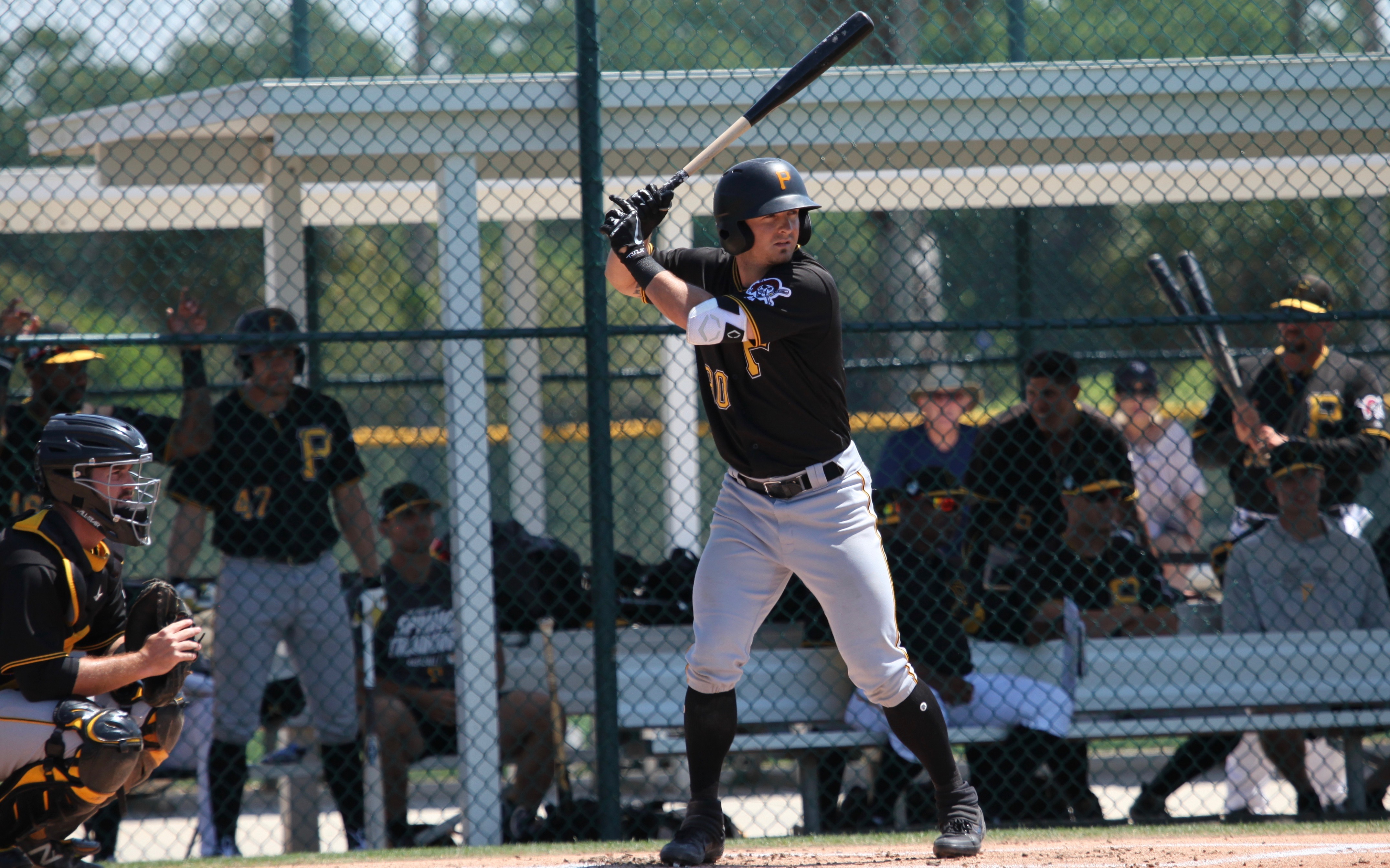 As I noted last week, the Pirates’ problems with offense extend beyond the major league team.  There are, however, some hitters putting up big numbers.  What’s interesting is that the hitters who’ve arguably been the most productive at each level have been taking an all-or-nothing approach.

Starting with Indianapolis, there’s Will Craig.  He hasn’t been as much all or nothing as the other players I’m going to list here, but he has undergone a change in his hitting profile, sacrificing walks and average for power.  He’s also likely been helped a little by the more lively ball being used in AAA now.  Despite a recent 0-for-19 skid, he’s doing a better job of balancing his approach than he did a year ago.  His walk rate is back up a bit, from 7.7% last year to 10.2%, and his K rate is down slightly from 23.3% to 21.4%, which isn’t a high K rate for a power hitter.  (All stats are through Monday.)  He’s made these improvements along with a career-high .277 ISO.  The fact that he could make these adjustments is, maybe, an encouraging sign for the other hitters I’m going to mention here.

Altoona’s best hitter by far has been Hunter Owen.  Through Monday’s games, he was hitting 316/386/646, with just over half his hits going for extra bases.  (He also hit his seventh home run as I’m drafting this.)  There are two big concerns with Owen:  He’s 25, which is old for a prospect just reaching AA, and his K:BB ratios have always been bad.  Currently, he has seven walks and 28 strikeouts.  The walk rate is actually up quite a bit from last year, but a 31.8% K rate is cause for concern.  For one thing, it’s taken an unsustainable batting average on balls in play of .422 to keep his average so high.

The best hitter by far for Bradenton has been Dylan Busby.  He’s been remarkably similar to Owen, except he doesn’t have the sky-high BABIP to sustain his batting average.  In fact, his BABIP of .226 probably shows he’s hit in some bad luck.  Busby’s current slash line is 231/378/677 and he’s leading the Florida State League by comfortable margins in home runs, slugging and OPS.  His walk and strikeout numbers are nearly identical to Owen’s:  nine and 27, respectively.  Busby is two years younger than Owen, so he’s only a little older than ideal for a prospect at his level.

At Greensboro, there’s Mason Martin.  He’s made a lot of progress in his return to the South Atlantic League, with a 233/320/512 line.  His walk rate is good, but his K rate remains alarming, at 37.1%.  Sixty percent of his hits have gone for extra bases.

A few years ago, I probably would have dismissed prospects with K rates as high as Owen, Busby and Martin.  Now, I’m not so sure, as baseball is changing.  Players with profiles similar to these three — as I said, Craig so far hasn’t been so much all-or-nothing this year — do succeed in the majors.  Khris Davis and Joey Gallo are examples, and the “other” Chris Davis was for a few years.  It’s going to take longer to see how things play out with these players to tell whether their approaches will work long-term.

Today’s Starter and Notes: The Pittsburgh Pirates won 6-4 in 11 innings over the Texas Rangers on Tuesday night. Jameson Taillon will get the ball this afternoon. He allowed five earned runs over five innings against the Arizona Diamondbacks in his last start. In his last road start back on April 14th, he gave up three runs over six innings in Washington against the Nationals. The Rangers will counter with 28-year-old right-hander Shelby Miller. He has a 7.52 ERA and a 2.07 WHIP in 20.1 innings and five starts. Miller has 18 walks and ten strikeouts.

From Indianapolis on Monday, Kevin Kramer hits his first home run of the season

Seven former Pittsburgh Pirates players born on this date, plus a trade of note. The most recognizable player born on this date is second baseman Jose Lind, who was a member of the three NL East championship teams from 1990-92. He played 779 games over six seasons and won a Gold Glove in 1992. Lind hit homers during the 1990 and 1992 NLCS series, driving in a total of ten runs over the three years of playoffs.

One interesting set of players born on this date are Bill White and Tom Forster. They shared a birthday and a position during their only year with the team. Both played shortstop for Pittsburgh in 1884 when they were called the Alleghenys and they were still in the American Association, a rival Major League to the National League. Forster was born one year earlier.

On this date in 1957, the Pirates traded first baseman Dale Long and outfielder Lee Walls to the Chicago Cubs in exchange for first baseman Dee Fondy and infielder Gene Baker. By the end of the year, Fondy would be dealt to the Cincinnati Reds for slugging first baseman Ted Kluszewski. Baker was a backup during the 1960 season, when the Pirates won their third World Series title.